LIFELOG, BROUGHT TO YOU BY THE CIA AND THE NSA 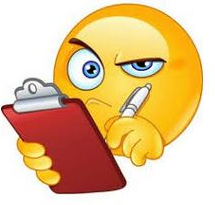 All this talk about Facebook spying and Facebook censoring have brought up some very interesting facts, facts that may have been largely missed by the public. Did you know, for instance, that in 2004 there was a DOD (Department of Defense) DARPA project called, LifeLog?

The same year that they ended the LifeLog project is the same year that Facebook magically appeared. DARPA stands for the Defense Advanced Research Projects Agency, and is where the "cutting edge" projects are funded and created by the Pentagon, but supposedly are kept independent of the DOD. LifeLog was the Governments tool for intelligence gathering, but of course something like that probably wouldn't work so well in the real world if people knew that it was directly connected to the CIA or NSA database. Would you log into the CIA's social media site, LifeLog, and willingly give them every piece of data on you and your family and friends? Of course not! The Government knew no one else would use it either, if they knew what its true purpose was, right up front.

They shut it down in 2004, and have since continued their spy operation through the private sector. This way, they have been able to operate without being forced to abide by constitutional rights like freedom of speech or search and seizure protections, and people (at least from the start), had innocently thought they were just connecting with friends and family, rather than Big Brother. Enter Mark Zuckerberg. Mark is simply a figure head for Facebook, and nothing more. 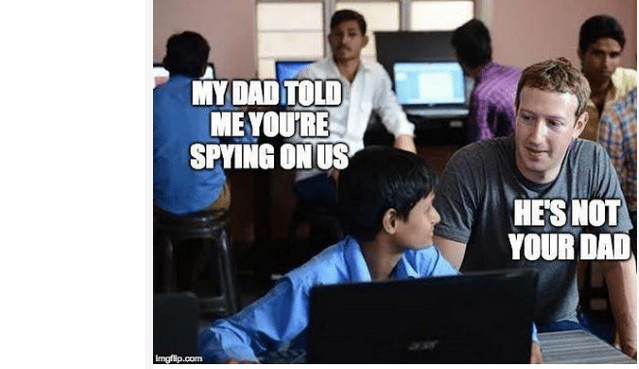 WHAT YOU DON'T KNOW, WON'T HURT YOU?

The government funded the seed money for Facebook through the CIA's personal venture capital investment firm, In-Q-Tel, and then through a sort of revolving door hiring scheme, they just hire the DARPA executives to work for the same companies that had helped create the projects from its inception. Regina Dugan headed up Facebook's "Building 8", where the DARPA and government funded projects are being implemented. For more on Building 8, and its mind reading projects, refer to this keynote address by Regina herself, explaining how Facebook wants to decode your thoughts, without you speaking.

A little more about Regina Dugan, as reported by EndGadget: 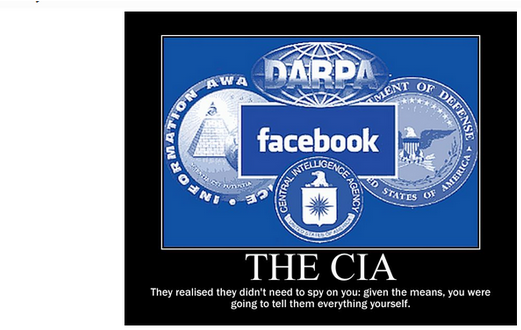 Regina moved from DARPA to Google, and then to Facebook's Building 8. Where she pops up next, no one knows, but we can be rest assured it will most likely be some kind of Government spying initiative or CIA information DNA data collection cloud of some sort. The CIA has been funding the creation of all kinds of social media, internet and high tech companies, with the added incentive of full and open access for the NSA, CIA, and the 15 other government intelligence agencies. That, and we also get to be little guinea pigs for the government and their warped social engineering and behavioral studies,, one of which was where they shamelessly manipulated users emotions to see how they could influence people to feel a certain way.

Perhaps the strangest of all is to watch the bizarre robot like performance of Mark Zuckerberg in Congress a few weeks ago. Not only was it awkward watching him and how non - human he seems to look and act, but also to witness the farce of a congressional hearing, where the Government that created and still controls the data from Facebook, are pretending to be concerned with how Facebook is handling our data, and with how they have been systematically stifling the free speech of anyone who holds a different political opinion than that of the ruling establishment. 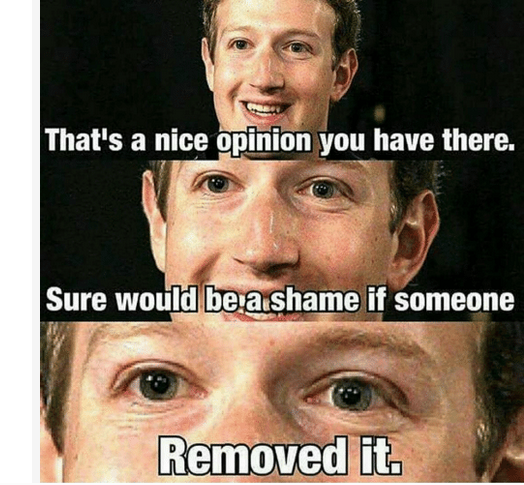 Even more ridiculous still, are the ancient congressmen and women who have zero idea of what they are talking about, and these are the people that we are supposed to trust to regulate, and to have oversight over the Pentagon and DOD's use and abuse of these technologies. How can they oversee the use of these technologies, if they, themselves, do not even understand what it is they are talking about, much less use them at all?

Mark Zuckerberg is no stranger to controversy regarding Facebook privacy, as he had been previously caught calling his users dumb f***'s for sharing personal information with him. Facebook, Google, Twitter and You Tube have become "too big to fail", not because of a bailout but because they were created to be that way from the start. It is time the antitrust laws are enforced, and it is time for our nation to have an honest discussion about who really owns these social media companies, who subsidizes them, and what kinds of guarantees that should come with if it's funded in part, or as a whole, by the Government or its contract agencies. 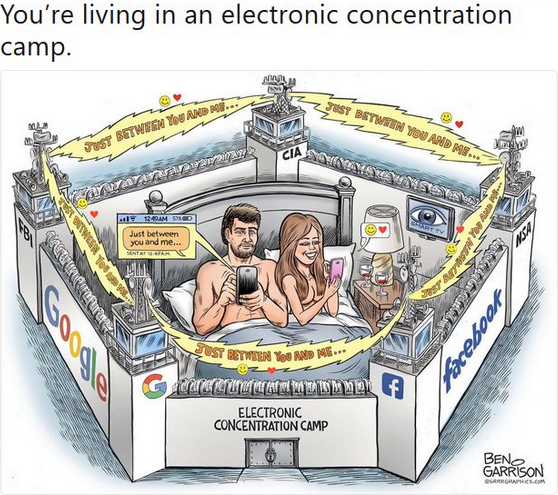 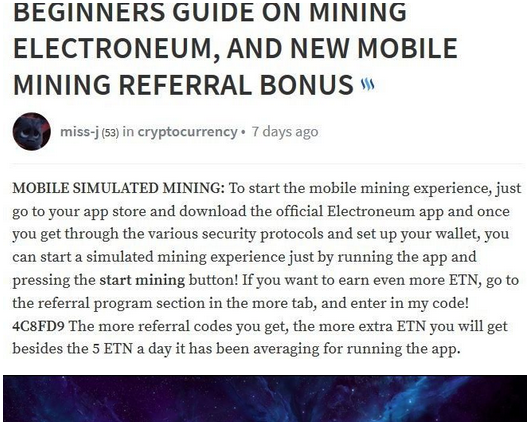 Curated for #informationwar (by @openparadigm)
Relevance: Exposing DARPA's hand in Fakeblock
Our Purpose When it comes to surveillance, Google and Facebook might be little more than two visible tips of a much bigger iceberg.

For a total calculated bidbot upvote value of $130 STU, $277 USD before curation, with approx. $33 USD curation being earned by the bidbots.

This information is being presented in the interest of transparency on our platform @miss-j and is by no means a judgement of your work.

Thanks @miss-j, loved your post. Keep up the good work. 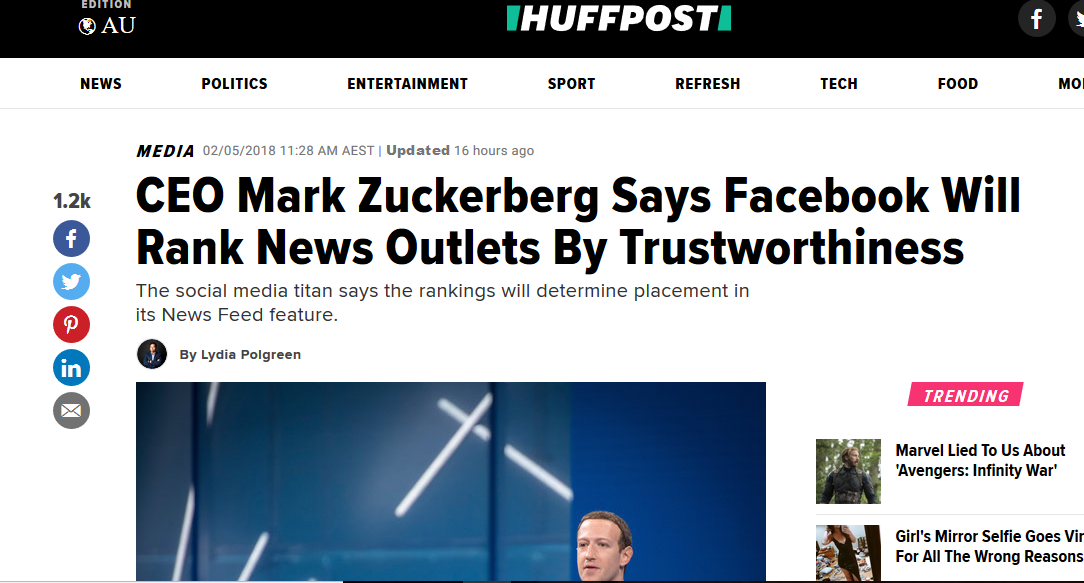 Make sure you claim your Palcoins as the airdrop is ending soon! It is free money for you, and when you sign up and start using Palnet you also earn rewards on Palnet + Steem at the same time!!! Power up your Palcoins for Palpower, and when the @informationwar upvotes content on Steem it also gets upvoted on Palnet :)

dont click on this link anyone. its a scam.