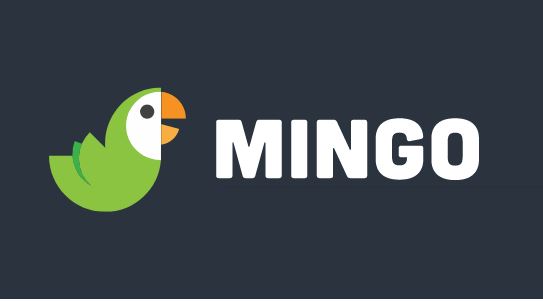 At its core,a chat system that combines chats from all well known apps (facebook, whatsapp, discord and slack etc) into one app where you can merge contacts, plus a multi currency wallet and more.

The app will include a small crypto tutorial and gamification of the app. You earn tokens for adding chat apps, referring friends, making transfers in crypto etc. The idea is to increase cypto mass adoption. Ten percent of the ICO funding will be allocated to new user rewards as a way to get people using the app. The bonus reduces the longer you wait to join the ICO. I think this is a pretty fair setup as the total pre ICO is small and there is vesting steps and token trades to prevent dumping.

I actually downloaded and installed the app which is live on android and IOS. I added slack to it and I am getting private messages on it which is pretty cool actually, its not perfect but it did work.

So far it has 50,000 total installs. Basically it aims to use these contacts all merged together to send and receive crypto. It is kind of genius linking all the various chat services together to form a user base. Here is the currently supported chat apps but they plan to add all of the most popular ones before beta.

They have some great partnerships which will further extend the userbase.

From Pre ICO to Beta Wallet and main ICO is 3-4 months. This is not too long a period to wait. From there the roadmap is a little slow and not very detailed. You can find more info in the whitepaper. But almost immediately on launch of the ICO you will have two working products. The chat app and the Beta wallet. This is rare for the ICO stage.

Future addons will be things like merchant integration and more advanced chat app. The messenger is very basic right now. But it will support things like voice chat, files and voice messages etc. If they can get these things added by the ICO and beta wallet stage this will be a huge step in the right direction.

The multiwallet support will make and break this project so they must get it right. It will be interesting to see what they have in the beta version. Being able to send other currencies to your friends like ETH or bitcoin by just clicking on their contact will be a nice feature.

Total supply is almost too much but it sort of makes sense for the ecosystem to as the user base targets are very high. Partners include Xunison, CYFX and Enterprisee Ireland (they won some prize).
Team and advisers looks pretty good actually including big players from the above partners. Linked in profiles check out.

The biggest concern is the competition. There is already other multi messaging apps available. Does Mingo offer enough incentive to get users to join? I think probably they do combined with their partners. Kin/Kik has the obvious advantage because they already have a very successful chat app.

They have big name partnerships and I couldn't find any negative press. The road map is a little slow going after the ICO and lacks a few details but this could be to make sure they get it right. They could essentially have almost everything ready to go during the ICO stage.

I am not concerned about Pre ICO investors dumping the price. As the bonus structure is very well done. If everyone in the pre-sale dumped it could only reduce the price by around 3-5% of the main ICO price. If you take into account pre ICO buyers only get half their tokens at the same time ICO investors do you can half that number again.

Main mingo website. I think there is a referral link but I have not included it. An up vote and comment on my article is enough.
https://mingocoin.com/

White paper
The white paper is a very easy read and not complicated or confusing. It is worth reading if you are interested as it includes many of the details I have left out.

Overall I think Mingo could go a long way to getting mass adoption in crypto. Personally I don't use many chat apps but anyone under 30 probably has so many they can't keep up. Earning and learning how to use crypto while merging all your friends into one app so you don't need to have them all open is a pretty good idea. So lets see if Mingo can pull it off.

You are welcome my friend

I am really surprised WeChat did not jump on the crypto train yet. What started as yet another messenger grew into an entire ecosystem.

I still expect a move from WeChat in this direction.

Yes me too. I actually edited this article as I originally said pretty much what you said about wechat and guessed that they probably already had something in the works. Then as I clicked publish I got curious and went looking. I found quite a bit of info where the Govt are looking to open up wechat to allow the GOVT access to users information. That will not mix well.

This post received a 2.11% upvote from @randowhale thanks to @evilmonkey! To learn more, check out @randowhale 101 - Everything You Need to Know!

This post is upvoted by Polsza for 66 %.
If you want help us growing upvote this comment.
Thanks !

This post has received a 0.67 % upvote from @booster thanks to: @evilmonkey.