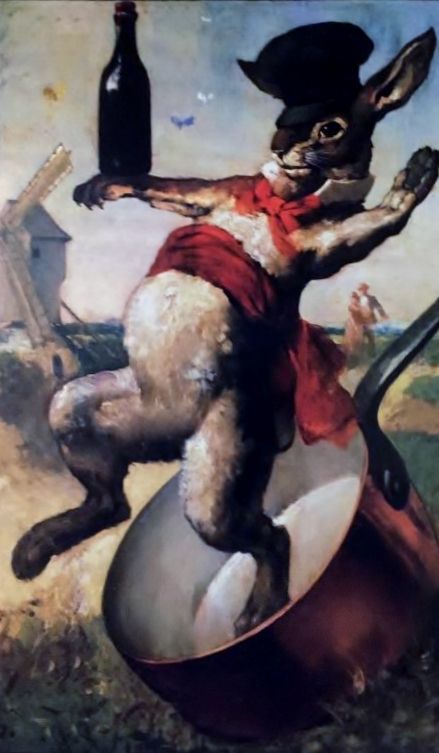 Why eat a rabbit, you might ask? Why, indeed?

Au Contraire, says I. Why not eat a rabbit, would be my quick and ready response? I am a great fan of this most versatile and willing animal, for several reasons. You may have a few of your own.

I'm talking here of the large domestic rabbits most commonly found in backyard hutches across the continents. Perhaps the question is moot, and you have already raised them and prepared them at home for yourself. Or maybe you have had them served up at your neighborhood bistro, or even found them on the menu of the world's finest restaurants. The less adventurous, however, may need some gentle convincing.

I like the idea that when properly prepared each new dish can become one of the best meals that you may ever eat, while remaining quite good for you too. Rabbit meat is high in easily digestible protein, as well as B12, iron, and a wide range of minerals. It is remarkably low in calories and harmful saturated fats, but high in the desireable Omega 3 fatty acids. Most wild game is lean and clean, but this is particularly true of rabbit.

In fact it is so lean, that it has been said that it's meat has as much food value as so much cotton, and that you could eat rabbit three times a day for many weeks and never gain a pound. That may be true, but if you did you might find yourself with the same dilemma once faced by many northern peoples, who developed "extreme fat hunger", when forced to live on rabbits alone. There is even a name for this type of acute malnutrition, called "Rabbit Starvation". Who knew?

Of course, our modern diets tend to favor the addition of many high calorie ingredients, so not to worry. More on that in a minute.

Our domestic rabbit of today has its origins in the European Rabbit that was native to the Iberian Peninsula. In fact, the ancient Roman name for Iberia, and modern-day Spain, was Hispania, or "Land of the Rabbits". It is believed that the Romans were the first to keep rabbits in captivity for the sole purpose of meat production, starting in the first century BC. It would appear that they truly loved their rabbit dinners, and had better things to do than run them down randomly about the wilds. After all, they had legions of mouths to fill, and vast and waiting empires to conquer.

France was naturally colonized by rabbits from Northern Spain sometime after the last glacial period, which no doubt explains that country's well-known reputation as rabbit epicures. Historical records indicate that French Catholic Monks were the first to bring rabbits under true domestication, about 600 AD. The need to keep a steady supply of procurable meat behind the safety of solid and cloistered monastery walls created the conditions that eventually lead to the establishment of the more than 200 breeds recognized today.

Rabbits were actually one of the last animals to be domesticated, but they made up for their late arrival on the scene in a big hurry. They were transported around the Mediterranean by the Phoenicians, were introduced in the British Isles and other parts of the northeast Atlantic in the middle ages, and made it to New Zealand, South America, South Africa and worldwide sometime after the 18th century.

Since then they have woven their way across a multitude of diverse regions and cultures, to become firmly enmeshed in the daily fabric of countless lives. Raising rabbits is now a big thing, with a current world-wide production of over 1 million tons. The domestic rabbit has become an important and reliable protein source, and is now considered traditional cuisine for billions of people across the globe. Just ask the people of Malta, who manage to wolf down about 20 pounds of rabbit meat per person each year. Or perhaps talk to the Spaniards, who love their well crafted "Paella", or the Italians, who make a mean "Coniglio alla Cacciatora". You simply haven't lived if you have not indulged in a perfectly prepared "Hasenpfeffer" from our German friends, or broken some crusty bread to sop up the juices of an exquisite "Rabbit Normandy", made with Calvados and cornmeal. Ah...the French, who love their "Lapin a la Provencale" and so many other rabbit dishes, prepared with style and panache as only they can do. And you thought that fried rabbit bathed in the buttermilk of the American South was to die for, which of course, it is.

Rabbit is a valuable food source for many, but it wouldn't be so popular if it didn't taste so good. The meat is fine-grained and similar to poultry. The old adage that it "tastes" like chicken" is mostly true, but not quite. It is generally mild and faintly sweet, without a taste of gaminess. Though elusive to describe, it's flavor profile is somehow more subtle, and complex. It speaks of the exotic, with a hint of mediterranean breezes and coastal plains, juniper berries and scrub, and soft, summer rain. Domesticated it may be, but not for too long compared to other homestead livestock. No doubt some free ranging memories and wild hopes remain.

So, give a rabbit a go. It is yet a blank canvas, daring us to be creative, humble, or bold. Wrap it in bacon, today, and drop it on an outdoor grill with a coating of bourbon and your favorite barbecue concoction. Sauce it up with butter and cream, and wine. Stew it down with beans and beer and throw it atop a plate of steaming rice. Invite some friends, and chase it with some well matched and lively spirits of your choice.

The ancestors of Hispania and the Catholic monks applaud you, and I can wholeheartedly guarantee that "rabbit starvation" will not be problem. 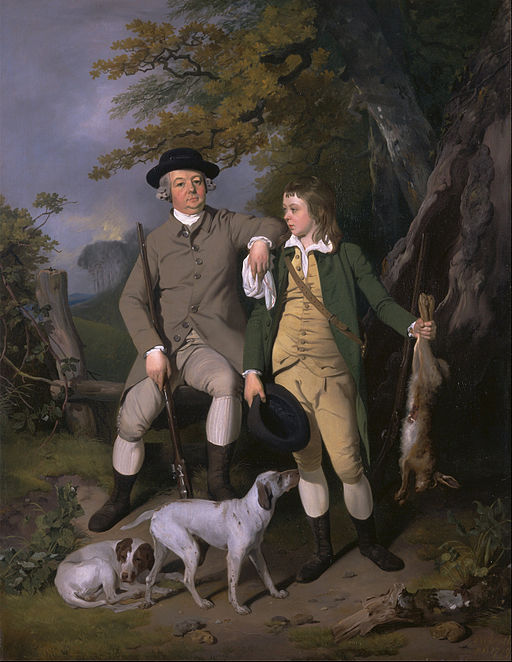 As you might have gathered I'm a real advocate for paddock to plate. Rabbits are a pest here in Australia and we will go out and shoot hundreds in a night of shooting. My favourite recipe is Rabbit and Leak pie.

Rabbit and Leak Pie - I'm down with that! Maybe I will cook up a little of that next...

I love fried rabbit (which of course ruins anything healthy about it, but whatever). Twenty years ago my Father-In-Law sent home a couple rabbits with us to fry up. I left them in the back of my car in the summer for a few days. Let me just say...wow. Fast forward about fifteen years and my Father-In-Law and I decided to cook a rabbit over an open fire with a make-shift rotisserie. It took hours to cook, and I am still not sure it was done :) I still love it, but have not had it since. If I were able to hunt, rabbit would be on my menu.

I'm still thinking about the repercussions of leaving rabbits in a hot car for a few days. Yikes! Hopefully I can do a little rabbit hunting soon. Although, unfortunately, our western cottontails don't seem to taste as well as the easterns I was so used too, or the big home raised types.