Dreams often become just dreams, but sometimes the dreams come true and it is possible in the steem blockchain It can be a dream to buy a house, a car and a boat or other things.
Without dreams and ambitions, most people will not succeed.
But the dream of success does not come by itself.
It requires planning, a lot of work and having faith in oneself.

In 2017 I got to know one through our amazing platform "STEEM BLOCKCHAIN ​​and his name is @sultan-aceh and is from Aceh in Indonesian.

His first dream was to earn money to buy a good photo camera so he could go out into the woods and share pictures with us of insects and birds.
His next dream was to build a house for himself and his family with profits from his blogging on steemit.

I got to know this man better and better and we talked together daily about his goal and how he should achieve it.
We started a number of competitions at steemit and achieved a large number of participants and got to know many who gave their vote to us.

It was also the start of @sultan-aceh making a new dream come true.
A new house for the family. 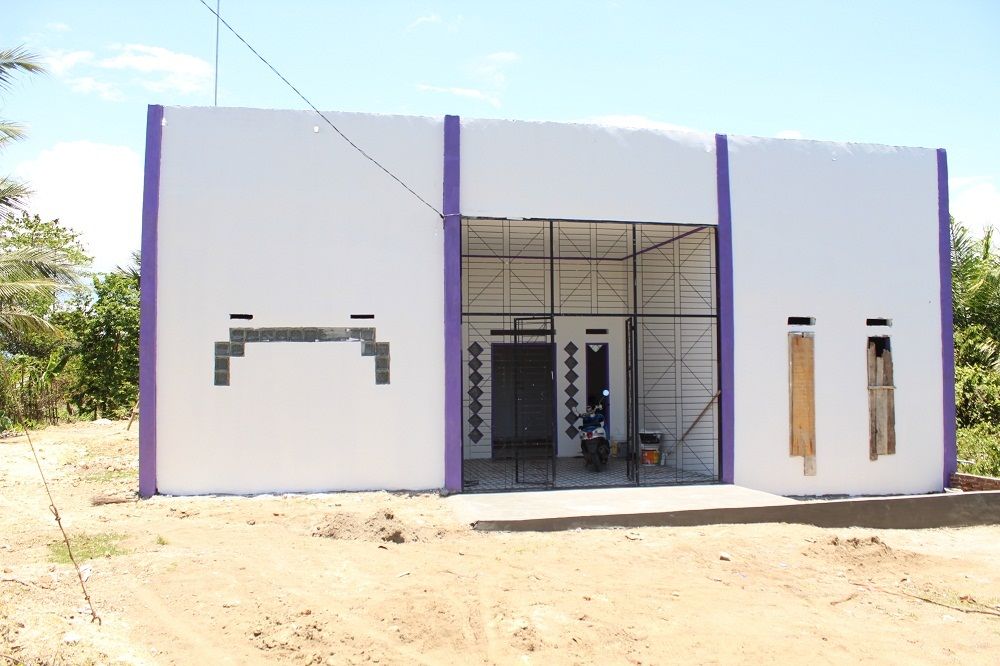 We also started up team Xpilar- Aceh to recruit more new users to STEEM BLOCKCHAIN. But many have come and gone again because they have not been patient enough and have faith in themselves.

But one who does not give up is @sultan-aceh.

We have planned for 2 years that he could buy a good car and advertise the Steem community with logos on the car.
And be able to work in the field to bring more people to our great platform.

The dream has now come true, a new car with logos on it.
I think it is the first car in the world with such an advertisement for our platform. Here are some of the new ones that @sultan-aceh has now recruited to our community. In addition, the first group of 8 users we have delegated to each 250 Steem power from my Norwegian team and @ sultan-aceh has also delegated 100 steem power to each How to Join the WORLD OF XPILAR Community

Really appreciate your efforts, in helping me and other steemians, especially in Indonesia-Aceh. yes ... your ideas have come and are present in aceh for the first in the world Steem Blokchain Steem Community. #steemit .com.

i feel happy to staying with this community

I have come across @sultan-aceh on a number of occasions in my 3 1/2 years on Steem, and he seems like one of the hardest working "Steem evangelists" in Indonesia.

we live in the same country and city, but haven't had the chance to enjoy coffee together !!

Always success for you @sultan-aceh

Thank you for this promotional post, that will draw attention of people to the project of @sultan-aceh. As you mentioned not many people can keep going towards their goal. Very often a little help from others give additional encouragement and stimulus.

WOW! Never imagined there's a whole great story behind. I'm agree with you with a pair of aspects: of course dreams are not just dreams, they're those ones that encourages us with faith no matter what and they'll be come true if we don't give up and try every day, every time even we fail in few occasions, because at the end they will lead you to success. Send regards from Latin America 🌎 I'm proud of being part of this huge family, the community of Xpilar 😊

@sultan-aceh has always shown to be a great person, has managed to make his dreams come true by the constancy and love that is evident in his humble and great work on and off the platform.

I wish him success and a great future on this platform.

Greetings @xpilar, @sultan-aceh is an excellent example of what can be achieved by persevering in an objective, my congratulations to him for all the achievements he has made with his promotional work. He is a valuable member of the platform. LINK

I am very happy because of the establishment of the Steemit community in Aceh-Indonesia,
and I am also very grateful to all members of the WORLD OF XPILAR community who have provided support to new players like me and are willing to guide us beginners to run Steemit.

I say thank you very much to @sultan-aceh for inviting me to join the WORLD OF XPILAR community, and willing to guide us beginners

I feel happy to know @sultan-aceh

Exactly, this is really a very good point that,
Without dreams and ambitions, most people will not succeed.
But the dream of success does not come by itself.
It requires planning, a lot of work and having faith in oneself.

I feel happy that the story before the success of @sultan-aceh was shared. Because I can find out how the struggle of @sultan-aceh brings #steemit to life. I am @Grisaia-steem am a beginner at steemit and am one of the juniors under the guidance of @Sultan-aceh. I feel happy to know @Sultan-aceh, he is also not bored and tireless in providing guidance to me. Through Group WashUp.

@xpilar. I am very happy to see him and very proud of the community @WORLD OF XPILAR

This is very inspirational, i am moved and i would want to learn from you

Definitely you (@xpilar and @ sultan-aceh) are a wonderful duo, worthy of admiration.
They have accomplished so many things personally and for the community.
Definitely dreams do come true.
You Xpilar are the magical godfather who promoted so many achievements of Sultan-aceh.
God bless you.

I have now known how @sultan-aceh has done so well to help the Steem block chain. Indeed I see how the World is, many had it but didn't believe it since they were in hurry to achieve much while it wasn't the right. It's community that is what we should understand and we need to build on for some time before we grow to a certain proportion. Yeah @sultan-aceh, the Indonesia legend deserves a car to promote steem and with the car, many people will believe that steem is the right place. Many thanks to @sultan-aceh for his commitment and effort recruiting many steemians. 🙏

Salute! for you @sultan-aceh, it is really rare to find someone to compare with. Bravo steem community in Aceh. I have been away from the platform for long time, during my working environment in the remote area of West Sumatera, when I came back few months ago, it was great surprise to see too much change on the platform. It is the right time to great and congrat to you Sultan-aceh. Wish you and the Community all the best. Much Love

Really amazing, I congratulate our dear colleague, he is a great person and does not give up! I hope he continues to meet all his goals and objectives. Greetings!