A few days ago, I made a post about the tragic incident at a film set, in which Alec Baldwin shot and killed the film's director of photography Halyna Hutchins, and wounded the film's director Joel Souza.
https://steemit.com/shooting/@beatminister/weird-and-tragic-incident-with-alec-baldwin-and-film-crew After some investigations, it has come to light that things happend exactly as I assumed right after I heard the news: someone of the production crew (responsible for the prop guns) handed Baldwin the gun and told him it is safe, but in fact it was loaded. And Baldwin didn't check it himself, and practiced "shooting" the camera, as a coming scene demanded.
How its even possible that such a gun would be loaded with live ammunition, while being intended only to be used on a film set, is another question to be asked. I can only imagine 2 scenarios: either someone took it and was messing around with it, doing some fun shooting or whatever. And then, for some reason, put the gun back without unloading it.
Or someone deliberatly loaded the gun, to cause a incident to discredit Baldwin or the props person, may be even to have somebody killed behind the camera. That would make it a serious crime case.

What ever the background was, I cannot dismiss Baldwin from being at least partly responsible for the incident. There are some fundamental rules in handling firearms. One is: don't aim at somebody unless you are willing to shoot. Period. No joking around, scaring, bragging, pretending or whatever. Just don't.
But equally important - and even more relevant for this case: don't take for granted what other people say if you pick up a gun, or if its given to you. Don`t believe it not loaded - know its not loaded. Meaning, look for yourself that its safe. If you don't know how to do that, keep your hands off it.

For this case those rules come too late. The woman is dead and Baldwin has to live with that until his end. And no court decision and compensations will make that undone. The only hope is, that people will learn from this in future situations that are similar, in film making or elsewhere. 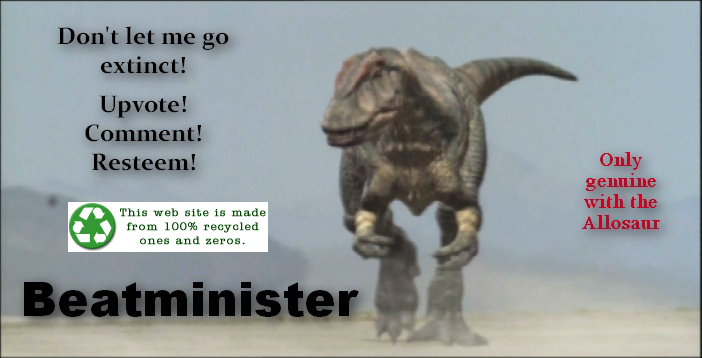 I suspect the tragedy in this case is that Baldwin is so anti-gun that he never thought to learn about basic gun safety.

I think it all looks very fishy. The "tragic accident" explaination doesn't seem very plausible. I don't believe that Baldwin himself arranged it, that would be pretty stupid of him - ending up with the smoking gun in his hand.
From what I heard recently, the scene had Baldwin stand very close - 4 - 5 ft - in front of the camera, "firing" into, or close past the viewer. Assuming this gun was a typical old western revolver, it would have had some dummy rounds in the cylinder, else it would be too easy to see that chambers are empty. And that also means, that the people behind the camera did not get alarmed by seeing that there are rounds in the gun.
All this makes the perfect setting for a clever murder. Knowing that Baldwin would would not check the gun himself, but rely on the word of the staff that the gun is safe, plus knowing the script in which the scene is descibed, creates the perfect environment to have someone killed behind the camera. All it needs is to swap the dummy rounds for real ones. And there is no reason whatsoever why else there should be real rounds ever get loaded into that gun. Or even exist on the set at all.
I just hope the police has come to this conclusion as well, and acted accordingly. Because there is one catch in all of this: the finger prints on the empty case. If it has some prints, you know who put the round into the gun and can ask the person why - and if there are none, its proof that the whole thing was orchestrated intentionally by someone who wiped the round before loading it. And that the whole accident story is BS.
And if the gun was miraculously unloaded and cleaned before the police arrived on the set, and the shells are gone.... then you know who is behind it already.
Unfortunatly the police is not always as smart as depicted in TV shows... :)

Not always, but they're usually on the ball--and crooks aren't always as smart as depicted on TV, either. The biggest problem police in real life have is that they have to play by the rules or see their cases thrown out--there's none of that working around the rules TV cops do. Not to mention test results don't come back the same day!

As much as I dislike Baldwin, I think his biggest problem here is ignorance: He doesn't know crap about guns, which means he probably just accepts what he's told about them. Now, someone else planning it out--that does make a certain amount of sense. It would make a great plot for a story, too. Maybe they should ask the movie writers?

Of course some of the TV stuff is far fetched, else it wouldn'd be excieting, right? And those 10 minute DNA tests... well, it wouldn't look cool if they say "Ok guys, the test is on its way. Lets all continue on that case next week." :)
And true, in real life cops have to work by rules, but sometimes I have the impression that is a excuse to not use the brain too much. I have seen stuff, where the investigation effort was totally rediculous.

In the Baldwin case, I think its a typical thing of work routine fail. Kind of "We always done it this way and it worked, so what could go wrong - we are all pros and good buddies." And may be someone has taken advantage of just that attitude.
Perhaps it would be a good time to make real guns on film sets illegal. Today its not neccessary to actually fire a gun - using blanks - for making a film. All that can be inserted with CGI in the postroduction. Its probably even cheaper by now. Because shooting with real guns and blanks is surprisingly difficult. In automatic weapons it doesn't work well at all, unless the gun is modified for that use. And its extremly loud, so really everybody on the film set should wear ear defenders - which is again a problem for the actors.
So its not only safety concerns speaking for a CGI solution.

CGI could solve a lot of problems: For instance, we could get rid of Alec Baldwin and just use his fake double!

Talking about Baldwin - I just read some statements he made. He said, he didn't pull the trigger but pulled the hammer half way back and then let it flip. That made the gun fire. Which is weird, since revolvers normally have a half cock notch to allow the cylinder to rotate freely and as a safety to prevent just that from happening. So that may have been manipulated, too.
Someone made a video about it now:


Thats strange, but doesn't really change the fundamental issue - that he didn't check if it was loaded or not. And he also said, his career as a actor is probably over. So you don't have to wait until CGI replaces him...
$0.00
1 vote
Reply
[-]
markrhunter (62) 2 months ago

Yeah, I messed with my revolver too, just to be sure of that (unloaded, of course). The short answer is, he's lying. My understanding is that this movie was basically his production, meaning he's ultimately responsible for everything that happens. Having said that, he's hated enough that I suppose someone could try to sabotage him.

As for his career being over--don't be so sure. The liberal Hollywood elite protect their own as much as they can. He'll probably lay low for awhile and then make a return, unless someone accuses him of sexual misconduct.

Yes, normally this should not happen with a revolver, just as the video explains. On the other hand.... movie prop guns are usually rented from professional prop gun suppliers. And they have different categories of quality guns, going from proper fully functional guns, converted blank firing guns, to non funktional guns and even dummy guns made of plastic or wood. I watched a video about a Canadian company that does that. They have everything from a Derringer to a 40mm Bofors AA cannon, and from 17th century to the most modern stuff. And not only one each, they have thousands of guns.
But I digress... it could happen that some guns - that are not meant to be fired - have malfunctions. Like the hammer half notch safety not working or so.
However. Its not really important if Baldwin just played around with the hammer and it fired, as he claims, or if he did pull the trigger. The gun should not have fired in any case - since there was no live rounds meant to be in it. So the real culprid is the person who loaded the gun and gave it to Baldwin.

That career end thing was said by Baldwin himself. But sure, he may get away with it and come back once gras has grown over the case. If that doesn't take too long, since he is not a spring chicken anymore.

Well, thats another option - and perhaps one that may soon come. But that would be the beginning of the end of actual actors. And also it would mean, that we never get rid of some characters. Then we would get Rambo XXXVIII in 2065, and Stallone still looks the same as in the 80s. It would be bad news for cosmetic surgeons, though.

It's already been done pretty well in some of the Star Wars properties--at the end of The Mandalorian there's a cameo by a huge character that couldn't have been done without the CGI de-aging process. Still, I'm not thrilled at the idea.

It would certainly be a loss if there are no real actors anymore. At least with some actors.