Evolution of Jeans- How the style changed over the year !!! 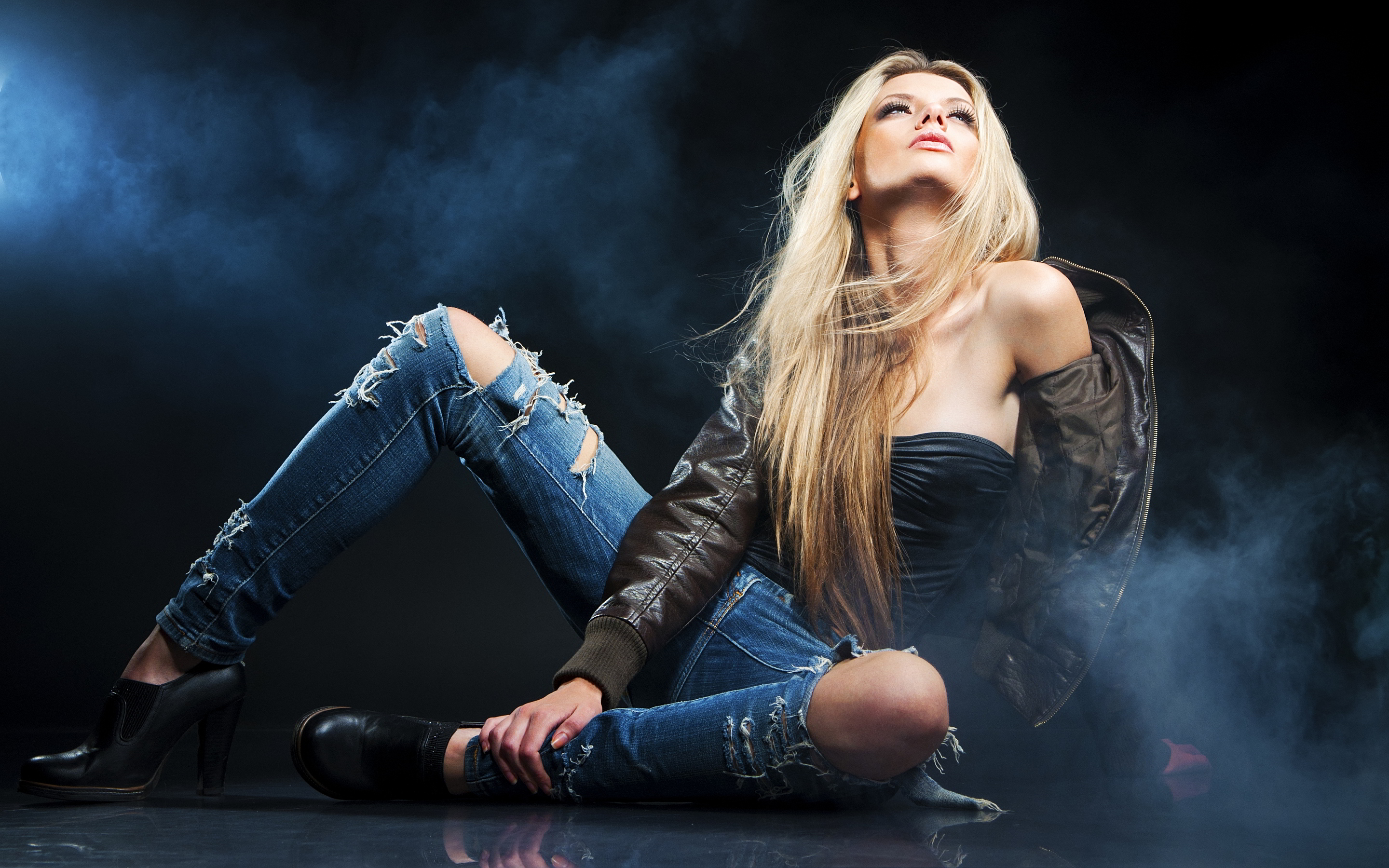 In today's era, jeans (denim) are attributed to fashion. From big screen celebrities to businessmen, ordinary people to high-class society people and school students to college students, it had been seen for years that everyone is addicted to dressing up with jeans. Today, markets are stocked with the variety of jeans like blue, black, brown, colorful and damaged fashion jeans, etc. But have you ever thought that How this trend of wearing jeans started? When were jeans invented? Who made the first jeans and why? Jeans was named after the city of Genoa located in, a place where cotton corduroy called, either Jean or Jeane was manufactured. Jeans is the fabric which is made up of "dungaree" or "denim" cloth. "Jeans" word represents wearing pants called "blue jeans." Blue jeans were also referred to as denim pants. 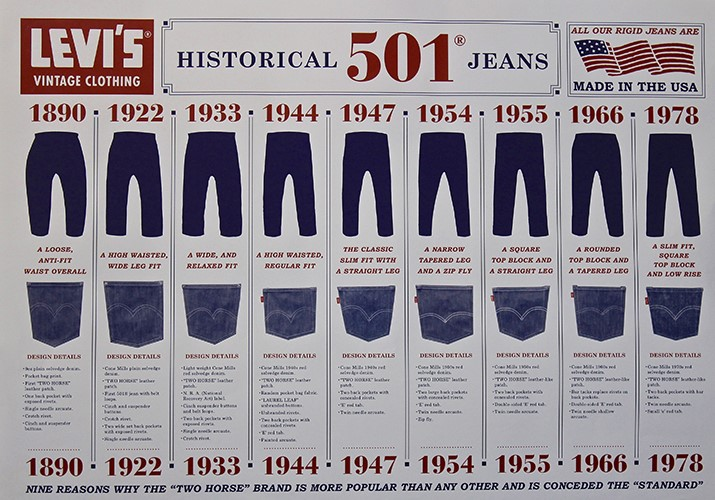 In starting the jeans was initially designed for miners and cowboys as these jeans pants were durable, comfort and at an affordable cost. With the time, the popularity of denim pants increasingly progressed, and now it became a part of current culture.

As per the requirements and feedback by the jeans consumers, modification done year to year. By every decade significant changes had brought out in the styles of jeans.

Just after the evolution of jeans, some workers informed to the Jacob that their jeans are getting tattered. So, Jacob who was a tailor as a profession installed Rivets ( small metal round things). Rivets were placed on those parts of the jeans which are most likely to be pulled apart by movement or strain. These rivets are just for holding the fabric together.

In the early 19th century, as rules settled by the world war for production had driven modification in the manufacturing process of jeans. The motto of the designing and styling of jeans moved in the way of conservation of raw materials.

In United States, jeans were favorite western wear from 1920 to 1930. This decade was a spark in the fashion of jeans. After this, the boom came in the style and design of jeans in the coming decades. In 1934, Levis manufactured the lady Levis jeans which were made especially for the woman. Initially constructed jeans were only for women on the farm and working women, etc. 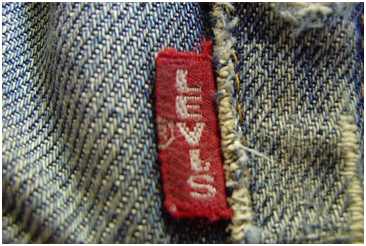 In 1936, at the back pocket of jeans “a red flag” added by Levi Strauss as his signature. It attributed the jeans as the first item of clothing to have a designer level on the outside. In 1950, jeans emerged as the fashion wear. Especially, blue denim jeans were the choice of most of the teenagers of that time. Soon the jeans had become popular with movies. In movies, popular faces of that time made their look bold on the big screen with wearing jeans. People want to dress like their on-screen icons. Jeans made their look rebellious. 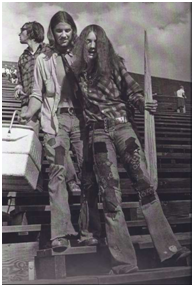 The 1960s started the trend of hippie jeans. With this new style of the decade, some more textures and patterns came into existence and changed the overall look of the denim jeans. Some of the hip jeans trends of that time are Embroidery, stone washing, and bright color, etc.

The counter-culture trend of denim which was started in 1960, continued in the 1980s also. The powerful come up of denim gave fresh, wholesome and all American sexuality look. In the mean time, denim skirts and vests came as popular fashion items of the 1970s.

In 1978, Renzo Rosso found a jeans brand known as DIESEL. 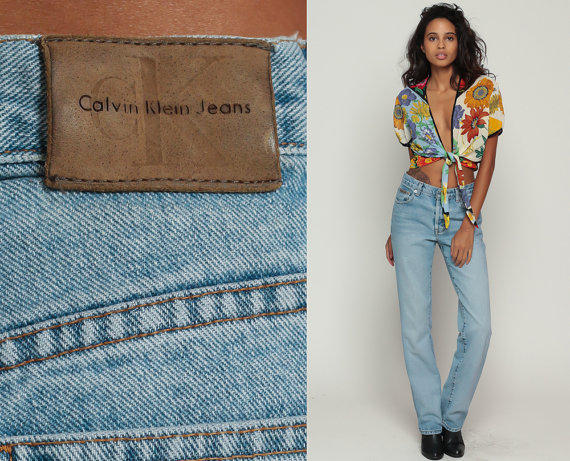 In 1980, Calvin Klein Jeans Company launched. This company was the hottest, alluring and designer brand of jeans of the 80s.

In 2000, vintage jeans came into the trend. These jeans gave a bohemian look to the people. This fashion attitude was appreciated by the juveniles of that time. The ultra low-rise jean was popularized by some pop stars like Britley spears Christina Aguilera. It was very common to wear jeans on weekends and dance parties. Now we all know about torn and skinny fit jeans that we wear. 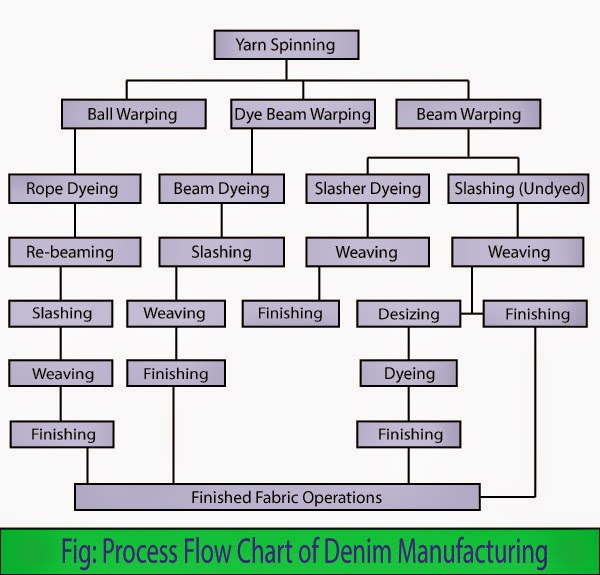 In the manufacturing process of jeans, the dye is used. With the help of Indigo dye blue color is given to the jeans. It requires 20-22 thousand tons of indigo for this purpose. To provide different colors different kinds of dyes are used. Today, Zara is the most popular fashion brand in jeans. Latest  Jeans garments are always available in the Zara stores. Zara is popular globally for its authentic and fashionable jeans and other products.

Zara is the name of a brand for Spanish clothe and accessories. This brand is in flagship with the brand of Inditex group. The clothes and accessories made by ZARA are quite latest in fashion, good in quality and are available at affordable prices globally.

The shocking fact about the ZARA is that it was started in a small store in Spain and now its name comes in world’s largest retailer. ZARA is one of the most eco-friendly companies in the world.

Founder of ZARA is Amancio Ortega, who is the fourth richest man in the world.

History of ZARA is also interesting. It began when Ortega established a dress making factory, Inditex in the year 1963. Later on, after ten years he started a small store which was named as “Zorba” in La Coruna Spain. This store was started with a budget of 30 Euros. After that, he changed the name of his store from “Zorba” to “Zara.” So, in this way, the world’s leading and favorite fashion brand emerged. Today, Zara has about 7000 stores across the 90 countries around the globe.

Levi Strauss & Co. which is also known as Levi’s. It is a famous brand of denim jeans. It was founded by Levi Strauss in May 1853. The headquarters of Levi’s of located at Levi’s Plaza in San Francisco. In starting, this company was the manufacturer of jeans only for the workers or labors. In the 1920s, it started the production of modern jeans.

good work. nice post.
I am from INDIA. If you have any Steemit users from India, please let me know. I will follow them also. I want to promote STEEM in India, which is a very potential market in the world. My id is @nagavolu

There are so many users from India sir

Cool post! I was just thinking the other day how fashion change but then come back in style way later with a twist!

haha, oooh I love that img credz: pixabay.com
Nice, you got a 2.4% @minnowbooster upgoat, thanks to @swaraj
Want a boost? Minnowbooster's got your back!

The @OriginalWorks bot has determined this post by @swaraj to be original material and upvoted it!

Thanks lot, I am glad that you liked it Sneaky Ninja Attack!!
You have been defended with a 50.00 % upvote!
To help keep my Jōki (蒸気) power strong I rely on the townspeople of Sōsharumedia (ソーシャルメディア).
I was summoned by: @swaraj.
I have done their bidding and now I will vanish...