I've detailed in previous posts that Russia has been invaded numerous times and by a wide variety of aggressors. However, many of these altercations get lost in the annals of time. One such invasion by the Japanese at the end of the Russo-Japanese War of 1904-1905 proved to be the final straw for Russia in the conflict.

As wars go, the Russian effort against the Japanese was abysmal. The war started poorly for the Russians when the Japanese conducted a sneak attack at night on Port Arthur, Manchuria, which was occupied through a lease by the Russians. The Japanese attack was a success and took the Russians completely by surprise. Japan declared war about 3 hours afterwards.

The hits kept coming for the Russians who soon lost control of one of the many hills in Port Arthur and the Japanese Army then proceeded to sink the remaining ships in the port. The Russian commander surrendered soon after. Then a series of naval engagements saw the Russian fleet defeated time and again. In Manchuria, the Japanese army also overwhelmed the Russians after many draws with heavy losses on both sides.

The decisive battle of the Tsuchima Straits should have been the end of the war for Russia. It seemed likely that they would sue for peace, but the Tsar, Nicholas II, would not have the embarrassment of losing to Asian island upstart. The Russians were determined to win the war.

Okay Jerry, why is this interesting? Good question. This story provides some insight on the political dimensions of the day and maybe on current manipulations. Here is how.

In comes Teddy Roosevelt, President of the United States and determined to show the world that the U.S. is an international player. He convinces the Japanese that Russia will not bend until some of their own territory is taken. Keep in mind Port Arthur was leased territory and Manchuria was essentially nobody's at that time.

Additionally, the British had signed an agreement with Japan that if anyone was to aid the Russians in the war, the British would join on the side of the Japanese. Of course, nobody at the time wanted to pick a fight with the British Navy so Germany stayed out of the conflict as did others. 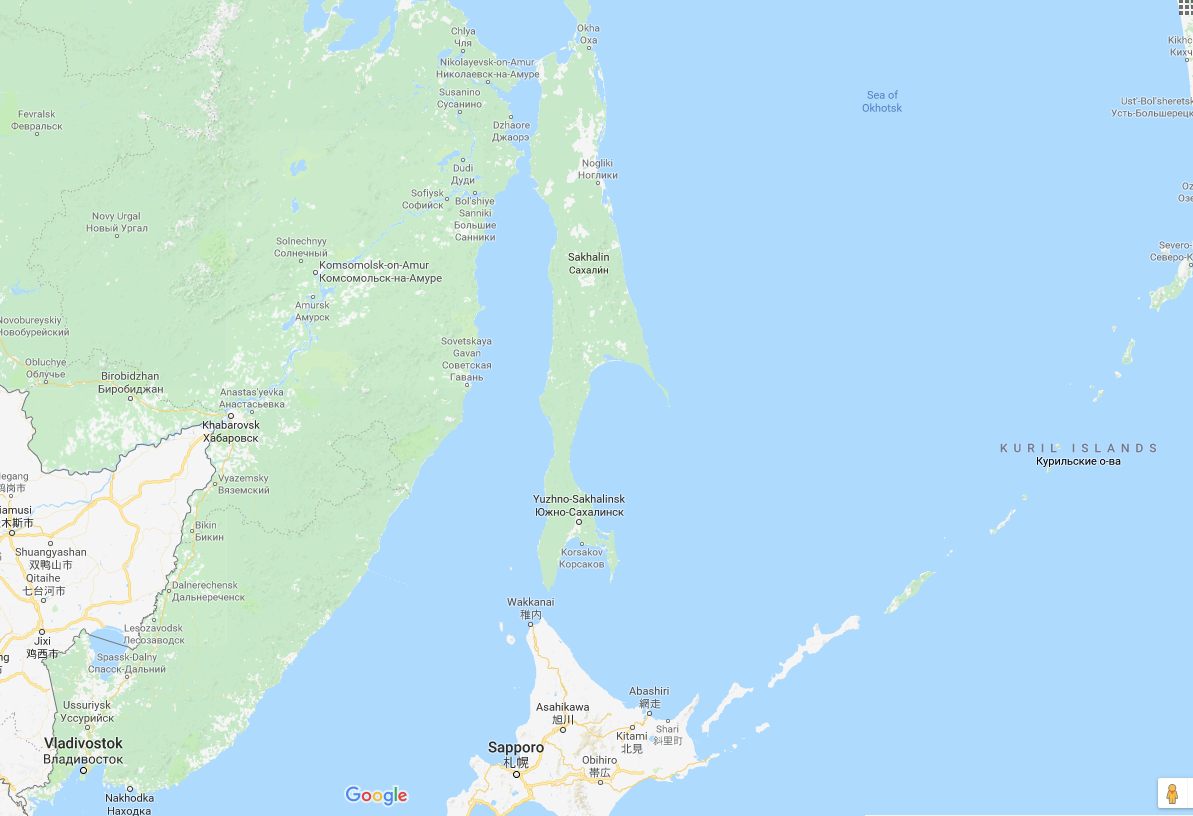 So, the Japanese pull out a previously scrapped invasion plan for the island of Sakhalin. The island was Russian territory and occupied by a garrison of about 7,000 men. Unfortunately for the Russians, these men were mostly conscripts and convicts sent to the island. They were poorly trained and didn't have experienced leaders. It was certainly not a prime piece of real estate and so it wasn't heavily defended.

The invasion of Sakhalin by the Japanese began in early July of 1905 with a force of over 14,000 plus significant naval support. The Russians, although much more stubborn than expected, were overwhelmed and surrendered at the end of the month. Losses on both sides weren't significant compared to other engagements in the war.

In steps Teddy Roosevelt with a peace solution that publicly warns the Japanese to sue for peace. The Russians grudgingly agree and the Japanese are able to get several territorial concessions from the Russians in Manchuria and also the Southern end of Sakhalin Island below the 50th parallel.

The Results and Their Long-Term Effects

Japan - Upon defeating a major European power in a full-scale war including significant naval victories over a modern Russian Navy, Japan's sun begins to rise. They are instantly seen as a force to be reckoned with and they have a list of diplomatic suitors lined up from Western Europe as well as America. They will use this as a way to take/maintain control of large parts of Manchuria and the Korean Peninsula.

Russia - The loss is a huge black-eye for Tsar Nicholas II who was already facing huge strikes and uprisings in late 1904 and 1905 including some mutinies. His control of the whole of Russia would continue to dwindle until the Revolution in 1917 would end the Romanov Dynasty and usher in the Soviet Era. Russia would eventually retake the Southern portion of Sakhalin near the end of World War II and they have held it ever since.

U.S. - Teddy Roosevelt would became a popular personality not only in the U.S. but abroad. He would send the U.S. Navy on world tour showcasing America's military might (although not so mighty at the time). The U.S. would continue to support Japan, but with a watchful eye on their expansionist dreams.

Germany - The Kaiser would begin to increase the investment in the German Navy directly influenced by the fact that the British Navy effectively diminished Germany's colonial ambitions in the Far East and in Africa.

Great Britain - The British would continue to use whatever means necessary to maintain a grip on their huge colonial holdings and would match the German and American pace in Naval shipbuilding. They also would keep close ties with Japan, but always with an eye out for competition.

Each one of these countries (except Russia) would try to undermine and influence the Russian governments over the course of the next 15 years. Each one would invade Russia in the following 15 years and each one would ally themselves with Russia in the next 40 years. Things move fast.

Today, Sakhalin Island is an oil and gas superstar. Despite the harsh conditions of the region, the area has seen huge development over the last 2 decades and boasts Russia's first Liquefied Natural Gas (LNG) export terminals. Interestingly enough, Japan remains the largest importer of LNG in world. Images are from Google Maps or believed to be in the public domain. Would probably require an answer as lengthy as this post at a minimum. But am curious why everyone was always invading Russia? I can understand after Germany equipped its navy with engines that ran on oil, forcing the rest of the navies (especially England) to follow suit. But before Germany created the large military need for oil, what was to be gained by controlling Russia?

Lots of other resources such as gold, iron, coal, trade routes, etc. Oil and gas came into play in the Caucuses region around 1900. A cheaper way to trade with the East was always a priority for the British. For the Germans, they were most interested in Russian dominated Eastern Europe. Keep in mind that all of Poland, Ukraine, the Baltics, Finland, Georgia, Azerbaijan, Turkmenistan, and the Central Asian states were in the hands of Russia. It was even larger then than it is today. Many of these regions were great for trade and food production as well. Also, more subjects and territory, more tax revenue.

Excellent as ALWAYS!..and thank you for your support...Do you believe energy prices stabilize here? I'm reading supply/demand has been shifting and higher prices are coming...gasoline up a lot in USA...and summer "driving months are soon upon us." thnx.

My guess is it will continue to rise at least through July. That will be the tipping point. Will futures continue to count on increases at that point? Best thing to look at are fuel futures contracts for airlines. They are usually spot on in the near future (3 months) as they hedge against increases. If I had to guess (and this is only a guess), I would say $95 a barrel in the first week of August. We will see.

Wow @energyaddict22, this is really turning out to be a history blog. I like it.
This is knowledge nobody told me in school or at university

I'm glad I can be of service. lol I'm certainly happy that you find it interesting. All the best to you.

Energy, gas and oil are now key factors in the world domination.

interesting historical note ... we can learn so much from reflecting on history, like about the robber baron cycle of wealth extraction we are currently in

This is a great example as it happens so often in history. Befriended nations do not necessarily stay like that. The best friends can become the worst enemies. Thanks for this nice piece of history!

Very good point on this issue.

Thanks so much for the compliment and resteem. I'm very happy you enjoyed the post. Best wishes.

There are many historical aspects which are unaware by me and reading for the first time. Thanks for sharing these series of deep historical details with us and wishing you an great day. Stay blessed. 🙂

Thanks for stopping by and your continued support. Good to hear from you.

Welcome and thank you. 🙂

I may have considered trying out your resteem service. However, since you spammed my page I will certainly not be using it. Please don't use my posts to promote your services.