Human Automation -The benefits or detriments of habits part1

“We are what we repeatedly do. Excellence then, is not an act but a habit.” -Aristotle 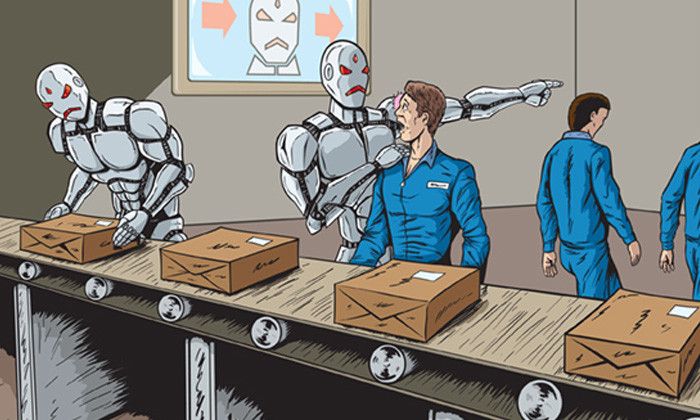 What we do is our choice, but what we feel compelled to do, roots from habit. For this very reason, someone trying to go on a diet can fall victim to their cravings and start eating mounds of sugar while a person who tries to give up cigarettes lights up just one more time… There are several things that we don’t think about because they happen habitually, but if we can identify them, we will have a better grasp at overcoming them. The purpose of these next couple posts is to hopefully help you identify, as well as change those damaging behaviors before they are allowed to define your life. Whenever we repeat the same action enough times, our brain will start to recognize them as being important. Assuming that we will continue to do those same actions in the future, our brains attempt to conserve energy by creating an inner program, or blueprint, to automate that process. We call these blueprints "habits," and they are paramount to our ability to learn new skills. Consider driving a car for a moment. When you first start off, you have to put a lot of effort into paying attention to what you are doing. After you have become comfortable with driving however, you quickly discover that you can easily drive, eat, talk on your cell phone, and do a numerous number of tasks all while averting certain death from the many cars zooming past you with little to no effort at all. The reason this is all possible is due to our brain’s incredible ability to carry out learned behaviors while keeping the alert and concentrating part of the brain available to focus on new and interesting things. This does, of course, have its advantages, but unfortunately just like that reticular activating system, your brain doesn’t discriminate between which habits are helping you and which ones are hurting you. What’s worse is that once they are formed, you rarely ever think to change them because they outside of your regular awareness. They feel very comfortable to do, so you never get the urge to stop them without some form of awakening or maybe in extreme cases, an intervention. Naturally, this could be a problem if you are constantly hung over because you can’t seem to put down that bottle or are always coughing because your lungs are scared from cigarette smoke, but as many people have found out, breaking a habit is harder than they think. As you can imagine, that could be potentially dangerous if we aren't aware of what they are, or if we just allow them to form arbitrarily. The best way to identify and change a habit is to have an understanding of how they work and how unintentional associations are made. Before we dissect what a habit is though, let's look at a story of a man whose life was dominated by them. 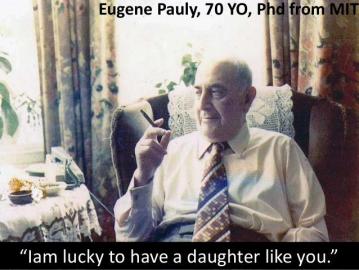 Eugene Pauly said that he was 50 years old when he began talking with a memory specialist about the effects of his recent near-death experience. He had contracted a form of viral encephalitis which caused him to become extremely sick with feverish symptoms and showed all of the signs of extreme dehydration. After appearing to make a completely recovery, he began making some unusual statements and started to act unusual. In spite of the first words he said to the specialist, Eugene was actually 71 years old which was 20 years older than he thought. Pauly's tests and behaviors were about to open up an entire new field in memory and how habits can direct our actions without our own consciousness.

After acting disoriented and not being able to remember his own son, Eugene Pauly was taken by his wife, Beverly, to go see memory specialist, Larry Squire, to find out what was going on with him and what they could do about it. It turns out that the extreme fever of over 105 degrees had damaged a portion of Eugene's hippo campus as well as other areas associated with memories. From his perspective, Eugene was unaware that there was anything wrong. He could remember details about his life and about his old job, but had difficulty remembering his own children and it seemed that he couldn't remember anything that happened since his illness. After examining Eugene for a while, it was clear to Squire that he would never be able to remember anything new from then on because the hippocampus was necessary to form new memories and Eugene's wasn't functional anymore. Surprisingly, this was not the first time Squire had seen this disorder. He had previous experience with this type of broken memory with an earlier patient he studied, Henry Molaison. HM, as they called him while he was a patient, was referred to as the man without a memory. He had all of his intellect intact, but was unable to remember a person's name much after he learned it. Eugene was very similar to HM in that he couldn't form new memories, but he retained more details about specifics of his earlier life. Both his wife and his memory specialist would soon find out that Eugene was also still able to learn new habits without even being conscious of it. That studies that followed changed the way we understand habits to this day. Squire suggested that Eugene needed to get into a regular routine of low intensity exercise, so he and his wife took a daily walk around the block. It was never difficult to get Eugene to walk, but he would never know where his house was and wouldn't recognize it even if they were on the front porch. Because of this, Eugene always needed assistance when leaving the house so that he could find his way back. Scientists would sometimes also walk with Eugene and ask him various questions about if he was aware of where they were going or if his house was nearby, but he never had the faintest clue. After weeks of going down the same path, day after day, Beverly found that her husband would routinely bring up the weather and follow her down the same sidewalk without a care in the world, but still wouldn't recognize anything even though he had seen it all before countless times. One day as she was gathering all the stuff for their daily walk, Beverly was shocked to find her husband was missing; Eugene was gone.

Beverly frantically searched for her husband, worried about the potentially disastrous things that could have happened to him. What if he had walked in front of a car or left and couldn’t find his way home? After looking outside and not seeing Eugene anywhere, Beverly rushed back inside to call the police. Once she got to the phone however, she was surprised at what she saw. Eugene was in the living room watching the history channel on his usual comfy chair completely oblivious to what had just happened. Eugene had walked around the block in the usual path without his wife and made it back to the place he would always sit completely without his awareness. As far as he knew, he had never left. Soon, Eugene was taking a stroll around the block every day on his own and still somehow managed to make it back safely. He had formed a habit and now he was just following it. Even though his wife didn't like the idea, she couldn't stop him because even if she told him not to leave alone, he would forget her concern immediately after she expressed it.

After hearing about Eugene's new routine, Squire was convinced that Eugene was still able to learn new habits even though he couldn't remember them. To test this theory out, Squire set up an experiment for Eugene that was typical to test out the memory capacity of an individual. He placed 16 different objects of a variety of colors in front of him and asked him to pick one up at random. Out of these random assortments of toys and common objects, half had a label on the bottom of them that read: “correct.” Eugene was instructed to pick out the ones with the “correct” stickers on them. After Eugene had picked up each item, the number of items he had correctly guessed would be recorded, the objects were placed back where they were, and the game would be repeated. Usually, after playing this game over and over, people are able to successfully recall where the correct ones are after a few tries. Eugene had absolutely no ideas where the correct ones were even after haven played hundreds of times. Fascinating enough though, he began to choose the correct items more often and continued to get better without having any conscious awareness of it. At about 28 days into the experiment, Eugene was able to choose the correct items at about an 86% accuracy and after 36 days, he could pick all of the correct ones at least 90% of the time. To Eugene, he had no recollection of where the correct ones were, but he just felt that the ones he picked were the right ones. He just had a hunch that that the one's he picked were the ones that he was supposed to without knowing why. 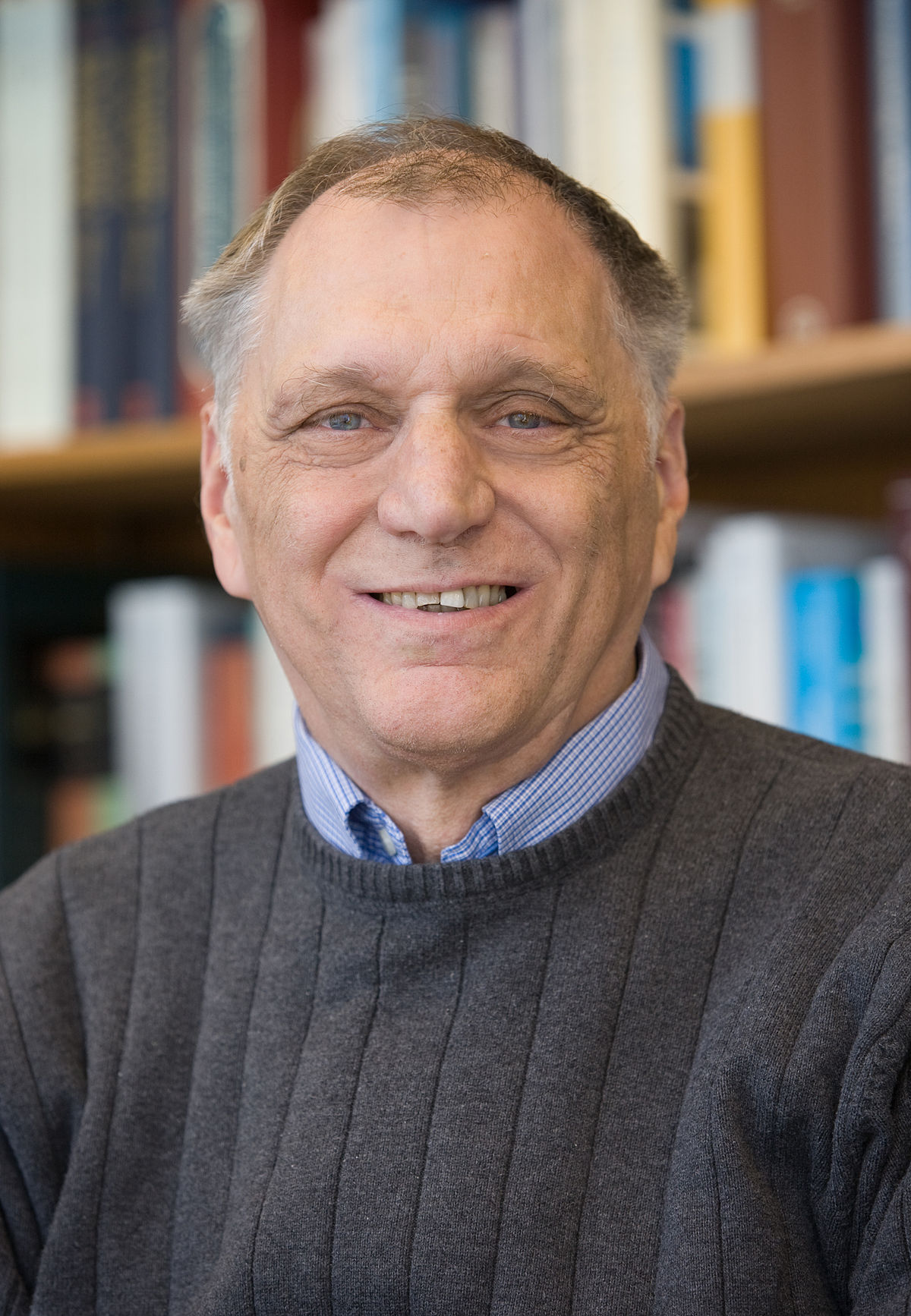 Eugene was clearly unaware of how he was able to pick the correct objects one after the other, but Squire knew that Eugene was still able to form new habits because the most primitive part of his brain wasn't damaged by the effects of his earlier sickness. The basal ganglia from an evolutionary standpoint, is one of the oldest structures of the modern brain and is responsible for some of the most routine behaviors such as habits. Consciousness is thought to exist in the most outer parts of the brain where our conceptualization and rationalizations occur. Because the basal ganglia of Eugene's brain were unscathed, he was capable of learning new motor skills through repetition, just like anyone else would, but couldn't remember the habits he had just learned because his outer cortex was damaged. This would explain how Eugene was able to prepare himself the same breakfast every morning of bacon and eggs without being able to draw a simple map of where his kitchen was in his house. It would also explain why he made that same breakfast possibly four to five times in a day without being aware he had just eaten. He was in a position where he still had a functional life because the habits that he had learned, carried him through his day much like the routine of anyone that allows them to wake up, go to their job, and watch TV. It’s all just habits.