Here is a link to the intro

When one says "classical guitar" or "flamenco guitar" they can be referring either to the instrument or the music. I'll consider and compare two examples of instruments, not the genres. It will not be a high level scientific comparison. The intent is to compare certain features and get an overall general understanding of the instruments. In the search to find an early example of the instrument, we arrive at the father of the "modern" guitar design which is Antonio de Torres Jurado. Prior to him, there were countless iterations of guitar design, many shapes and sizes. Each luthier would try to make an improvement to achieve bigger better sound, and to facilitate the needs of musicians and that of especially soloists. Torres succeeded in combining all the best elements of existing design, adding his concepts and thereby creating the modern masterpiece which became the "standard" for luthiers to come for the next two centuries.

This is one of the earliest examples of the Torres Guitar built in 1862. This particular model is held at Museu de la Musica in Barcelona. 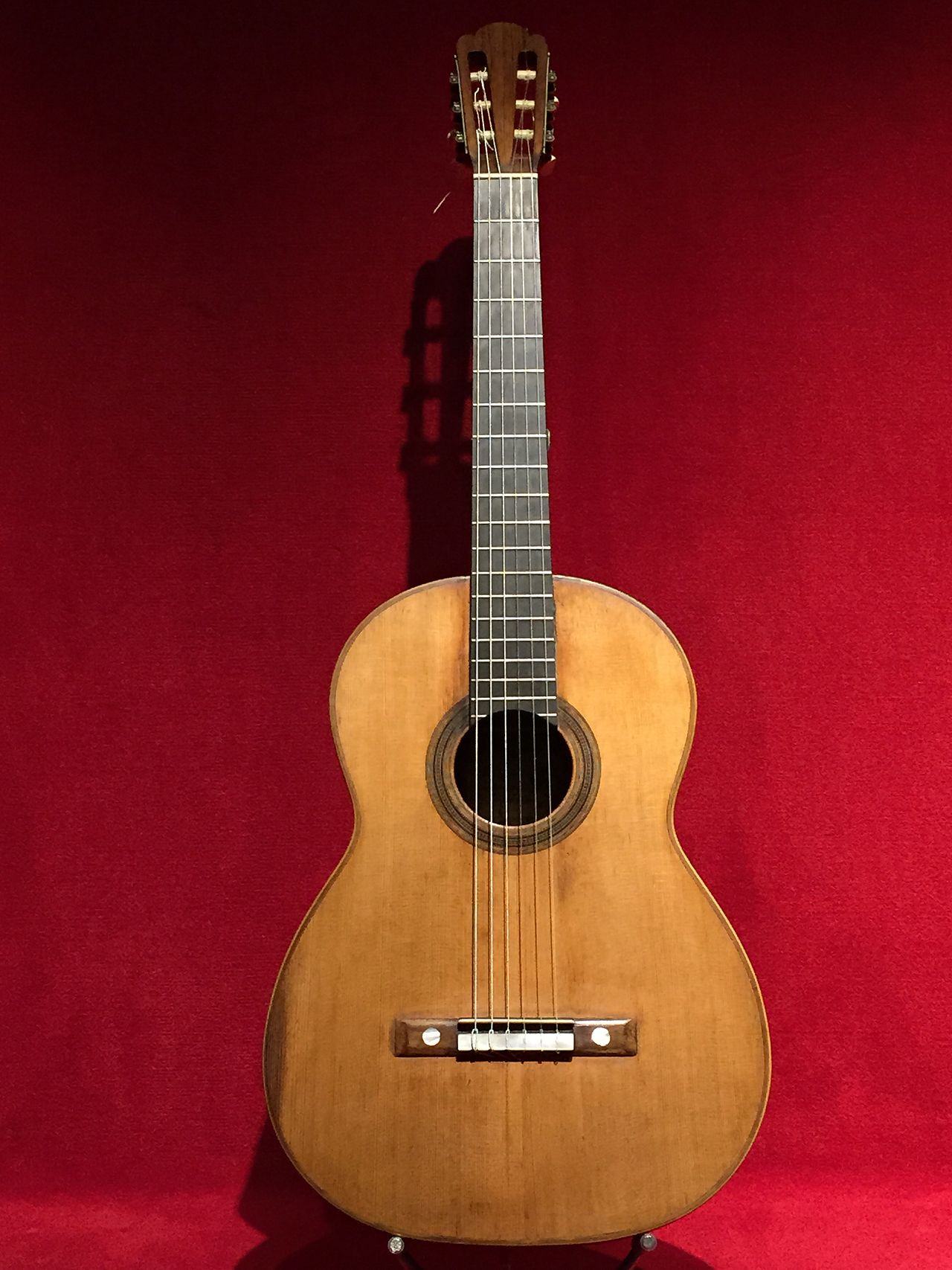 Now I will take one of the guitars of classical guitarist legend Andres Segovia and compare it to flamenco guitar legend Paco de Lucia's concert guitar. 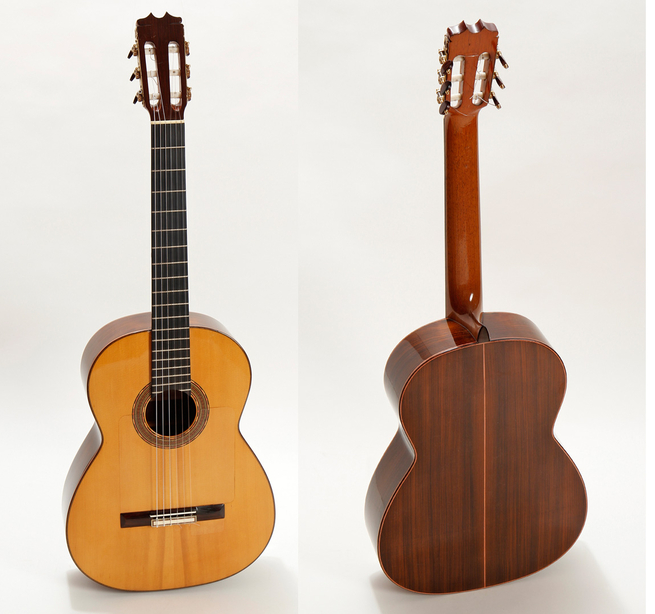 The headstock of all three examples are nearly identical. They are carved out of wood and utilize machine pegs.

The nut is essentially fret zero. Each string rests in a groove. The groove's function is mainly to keep the strings at a uniform distance from each other. In each case the nut appears to be made from similar materials, most likely bone.

The frets are in each case made out of metal. It is impossible to tell the fret spacing from the pictures, I would say they are very similar. There are 12 unobstructed frets until the neck meets the body.

The neck joint in all three examples is called a spanish heel. Here is what that looks like during construction. The bridge of the two examples is also based on the Torres model. The height of the string can be set here by inserting larger saddles. The saddle is the white (bone) material that is the last point of contact as we travel from the bridge towards the neck.

Materials of the neck, back and top appear all different in the three examples. These guitars are all unique because they are individually built by hand, to certain specifications. The material selection decision of the customer is according to taste and wallet size. The blueprint can be built out of any suitable wood material.

In the world of guitar luthiers, there is a generally accepted "standard blueprint" which is based on the Torres model. At the same time, there is no real standard, such as that of the kilogramm or the meter which everyone agrees to. The approximately 200 year old Torres design is therefore used by most classical and flamenco players because it is the most tried and tested design. Is it perfect? Unlikely. That is a highly subjective issue to get into,however. The purpose of this article was to objectively compare the flamenco guitar versus the classical guitar, and no general difference was found. A flamenco guitarist can take a classical guitar, add a plastic tap plate on the body to protect the instrument from damage, lower the saddle on the bridge to get lower action, and then call it a flamenco guitar. A classical guitarist can do the same in the opposite direction. So at this time, my best answer to the question what is the difference between a classical guitar and flamenco guitar is "the player".

Congratulations @peter-z! You have completed some achievement on Steemit and have been rewarded with new badge(s) :