Introduction and my first 1.5 months of Gridcoin mining

This is me... I currently am a CEO and I don't know how often I will be able to post. But I will try to make my posts valuable when I do. 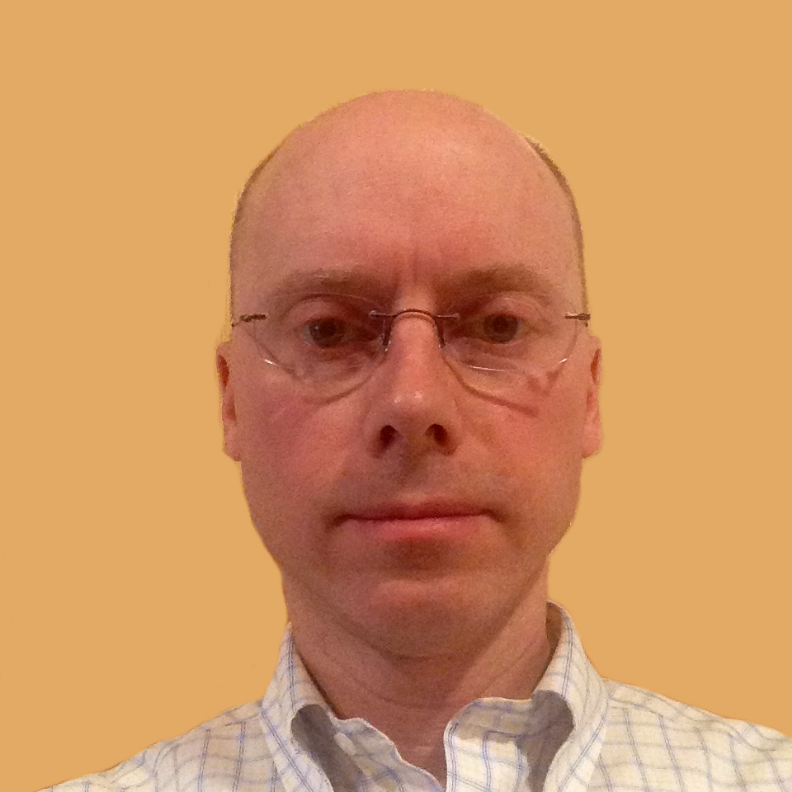 I have been a long time contributor to distributed computing. I started contributing to [email protected] back in July 1999, shortly after the introduction of the original SETI client. Since then I have been crunching away steadily at a mix of what I deem to be worthy projects with ever-increasing CPU and GPU power. Mostly I just let them crunch away on autopilot!

My current contributions are with six hosts... Yes, that is a Linux KDE session across triple 4K monitors driven by an EVGA GTX 980 Ti. You have permission to drool! :)

What is the connection to Gridcoin? I have been investing in Bitcoin for a while, but one of the things that really has begun to frustrate me is the statistics on the shear amount of power required to drive the staking algorithm for bitcoin, which has been in a vicious upward cycle, now culminating in the ASIC era. While poking around on http://www.boinc.netsoft-online.com to check my statistics, I clicked on a Gridcoin ad, and was immediately enthralled with the idea! In the beginning of September, I set about getting myself into Gridcoin investing and mining!

Given that my Linux box is running a sort of hybrid, self-rolled (at this point) distribution based originally on openSuSE 12.3, I immediately realized that I was going to have to compile the Gridcoin source code from github, because there were no pre-compiled versions from my setup. No problem, I am used to doing things like that given my technology background, so I cloned the repository and also compiled the dependency Boost 1.65 and installed a local library folder in my home directory, using environment variable overrides (BOOST_INCLUDE_PATH, BOOST_LIB_PATH, and LD_LIBRARY_PATH) to repoint the gridcoin compilation (and later execution) to my local updated libraries. (This allowed me not to disturb the boost 1.49 libraries that were native to the openSuSE 12.3, of which a number of other installed programs are linked to and need to run.) Perhaps I will write another post on how this is done, because I have seen a number of postings with people having library problems and many times it is a version problem that can be solved this way.

Anyway with that all done, I pulled a blockchain snapshot down, fired up Gridcoin and got it synced and the wallet going.

I then set up an account on Bittrex so that I could move some Bitcoin from Coinbase to Bittrex and then on to my local Gridcoin wallet. This was pretty painless although it involved a number of steps, including some identity verification.

Since the initial operations on 9/13/2017, I have really been just fine tuning my six hosts to improve my magnitude, and moving some Bitcoin to Gridcoin via BITTREX when the exchange rates were favorable.

Obviously the magnitude calculation requires different tuning than going for maximum cobblestones, and via some tuning I am up to a magnitude of 225 with the 6 hosts. (This is not at equilibrium yet. Maybe it will continue to rise to about 250 to 275.)

I am very happy to be continuing to provide valuable contributions to scientific research, and also be able to earn some Gridcoin doing it. At least I will be able to pay for my power bill now! :D 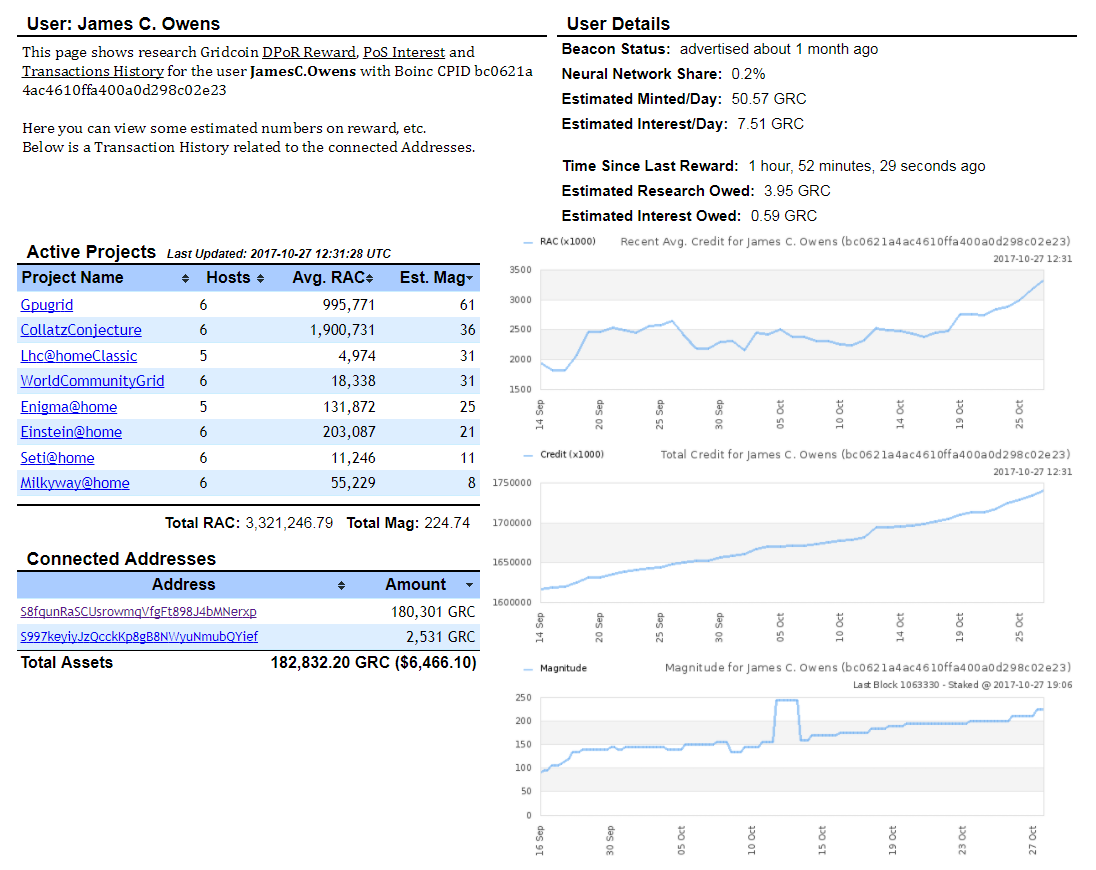 Welcome to steemit!
I know that steemit may seem very overwhelming to you right now but don't worry. There's a learning curve to everything so just be patient and you'll be churning out posts and becoming a part of something great in no time!

Also if there are any questions that you may have, then just ask your questions on any of my blog posts or in a reply below and I'll be more than happy to assist you with whatever questions you may have! I will also be creating a basic starting out guide for all minnows and newcomers on my blog so do give it a read as that might help answer many of your questions!

Have fun and I wish you LOADS of success on here! :)

The @OriginalWorks bot has determined this post by @jamescowens to be original material and upvoted(2%) it!

Welcome to Steemit, James! Now, that's a nice intro post along with some impressive BOINC machinery and stats. Feel free to use #beyondbitcoin tag for all high-quality Gridcoin articles, they love our content there.

Nice to have anothe Gridcoiner over here. I also mine Gridcoin although I haven't made a block for some time now. I still like to crunch BOINC tasks, mainly from World Community Grid 🙂

Nice to meet you, James!
You've divulged a lot of useful information in your first post. :)

Very interesting! You have signed up recently so I am offering you my welcome. There is an upvote for you and I hope you will some day do the same!
As a newcomer to steemit, it's not easy getting those big upvotes so my advice would be to give @MinnowPowerUp a go as you can earn up to 30% more steem power than just powering up! It's a subscription based daily upvote bot that draws its power from a delegation pool. I also recently made this post explaining my experience with it in more depth while earning over $1 per day in upvotes.