Update on what's been happening.

So everything's growing nicely; some things too much actually. You can see that I've got a massive plant in the background, that's a tromboncino squash and it's started to expand everywhere attaching itself to the tomatoes' support lines. I had to remove it as it would have grown way too big for the space it has. 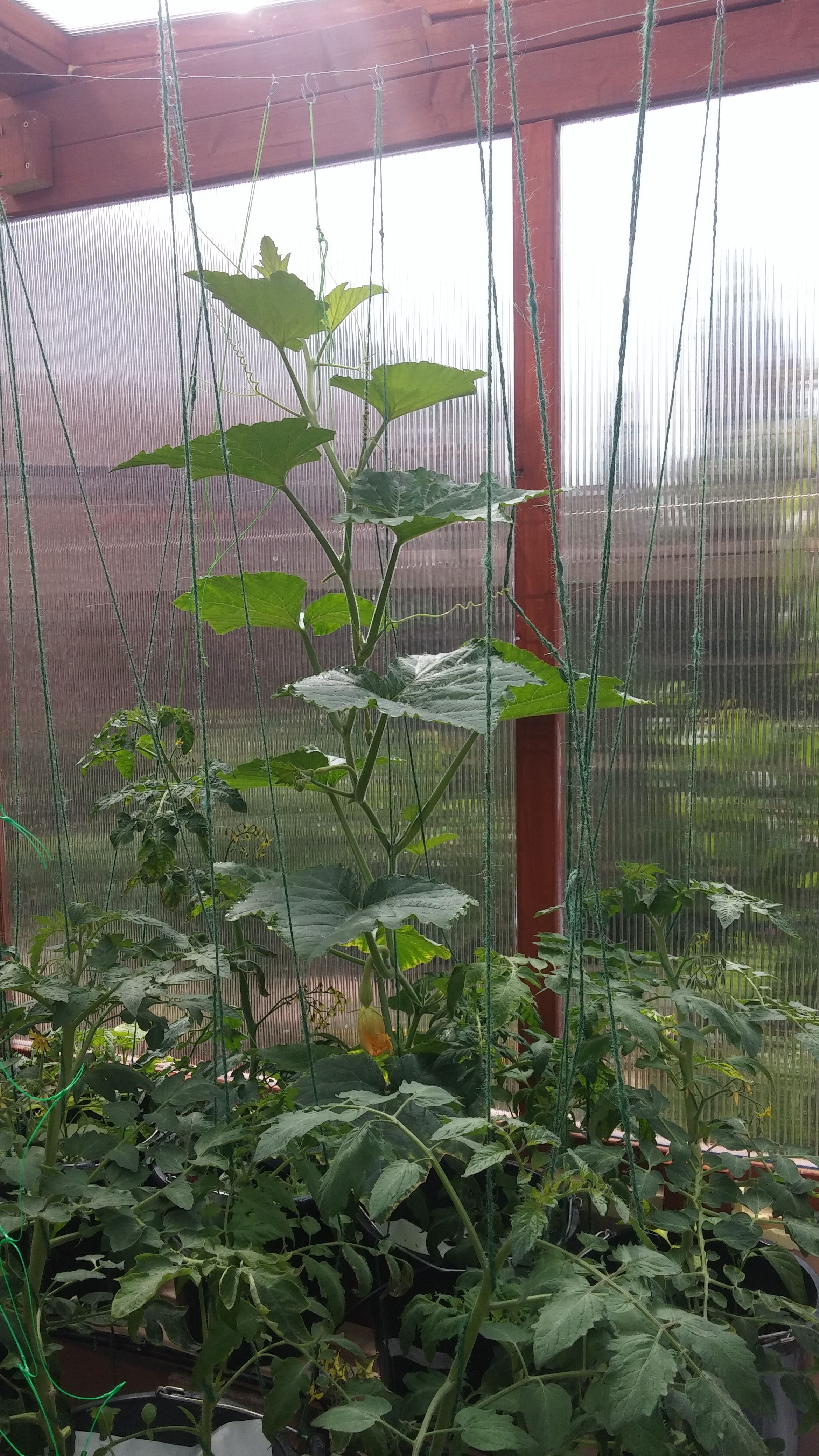 The good thing about growing in clay pebbles is that plants can be easily removed with the root ball more or less intact. Took it out, moved it to a different bucket (with holes all around so that the plant doesn't get rootbound), added some cococoir and leaned it against a fence. The squash might not survive this shock transplant but we'll see what happens.

Cucamelons started taking off now, growing about 10cm a day, leaves look a bit pale, will see if they recover. Next to the cucamelons there's some nasturtiums growing, they've been added to the system 4 days ago and they seem to like it. Tomatoes are forming on quite a few plants now.

Salad seedlings and lemon cucumber ones are ready to be moved. These little lemon cucumbers are going to replace the giant squash. They've got some good looking roots on them. 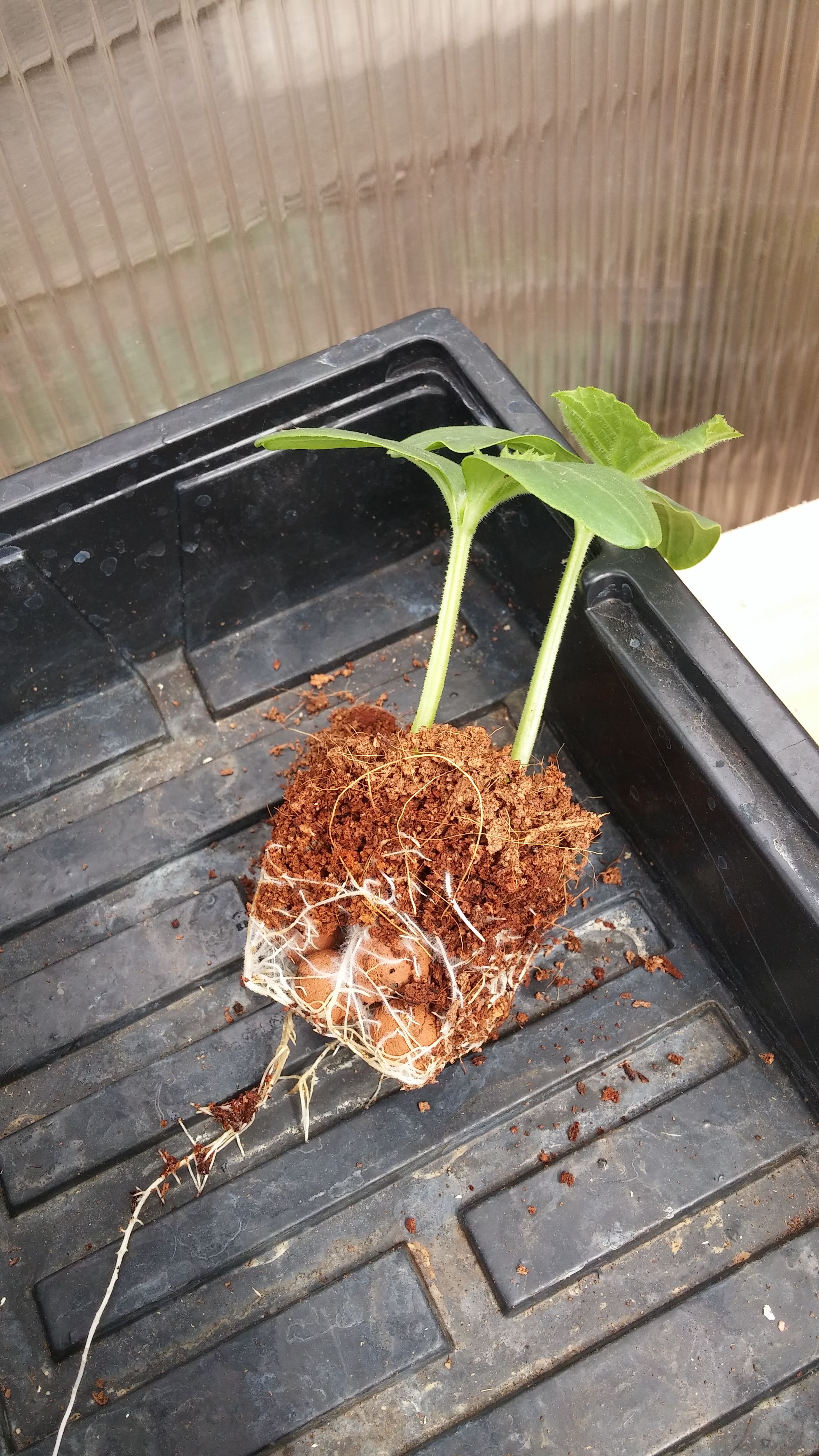 And that's about it from inside the greenhouse for today.

Outside, my potatoes started flowering. Thanks for checking this out!
Cos

Thanks! Indeed it is. Can't wait for the cucumbers to start producing, never had cucamelons before and they do look cool!

Ya they sound very interesting. That squash got big lol. I am growing some Italian zucchinis this year that look like they are going down the same path as your squash....

Monsters, these plants, monsters! :) And you've got 3-4 in that bed, right? They're gonna take over everything around, but on the other hand, zucchinis are delicious.

Ya i do. Plus some nasturtium at the bottom for pest control. gonna be a big tangled mess soon lol.

A pretty mess though. I'm using nasturtiums as well for that; well... and for eating, heh. Don't have any marigolds though, have put a few basil seeds around hoping they'll catch.

Basil are pretty quick i am sure you will see them soon. Garlic also works really good around tomatoes/peppers/any nightshade plant also. Your greenhouse should keep most of the tomato pests out though!!

Yeah basil are quick, but I just chucked a few seeds around the pebbles so if they fell too deep, they won't grow, a few should make it though. When it comes to pests I've seen a few aphids on the squash I've removed(a ladybird was chasing them though), haven't seen them on the tomatoes yet but I can deal with them just with soapy water.

Spring is such an exciting time of year with everything growing. Great photos. Thanks for sharing!

Yes, love spring - summer! Thank you, I'm glad you like it!

That's interesting the way you grow your squash straight up. My zucchini gets huge every year and takes up a large area. Here is a picture from 2013. 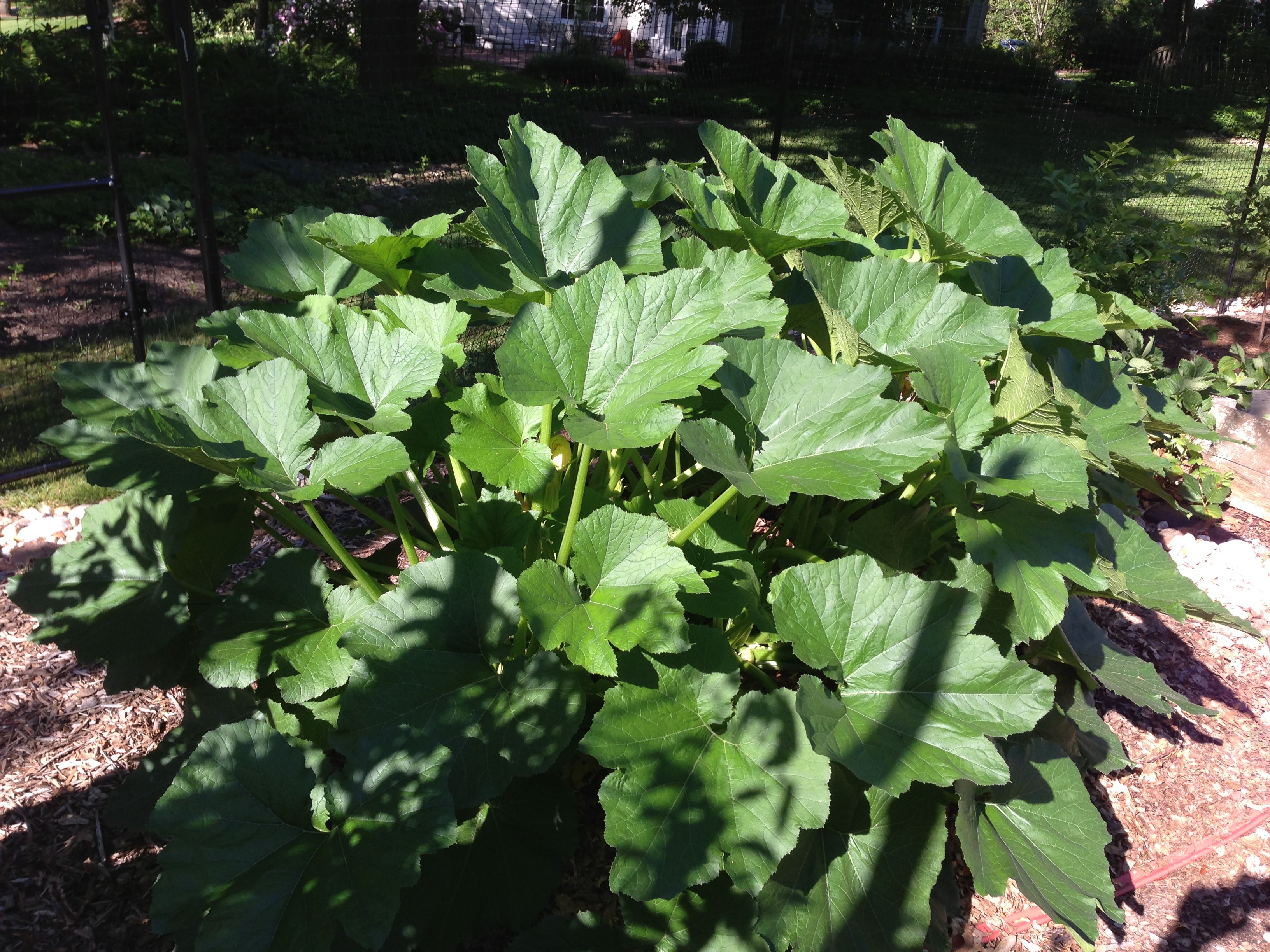 Oh okay it makes sense now. I didn't realize there was a climbing variety of squash.

Didn't know about them either, it's the first time I'm growing them from seeds I've found by accident on ebay.

Always nice to have a space saver. I like zucchini though. Must be the italian coming out of me. The plants have really gotten too large in the past as you can see. I didn't grow the hairy vetch there last winter so maybe the plant will stay a little smaller this year with less nitrogen in the ground.

I see you have a lot of things growing up strings. Someone else posted that too. I never really used strings but maybe I will give it a try.

Strings are great for the tomatoes I chose. I grow only the indeterminate type ones and I remove all suckers to keep a single stem growing. After the first tomatoes set I remove all the leaves under the truss. The indeterminate tomatoes don't stop growing so when they reach the top you can give the string a bit more slack, push it along the line above and lower your plants this way.

I grow early girls and romas for cooking. The romas do well in baskets but the EGs grow straight up. I start toping in June and let some suckers go to discourage them from going straight up but they still 9 or 10 feet high. By August I'm using a ladder to pick. I'll put some pictures out in August. I have a tomato secret I'll let everyone in on when I post on tomatoes.

Nice! Can't wait to see them and the big secret reveal!

Your garden is looking excellent. Looks like you have quite a nice greenhouse!

Cheers! I like it and, more importantly, the plants seem to like it as well. It was pretty fun to build it too.