What are 5-screw Nintendo NES cartridges and why do people want them? 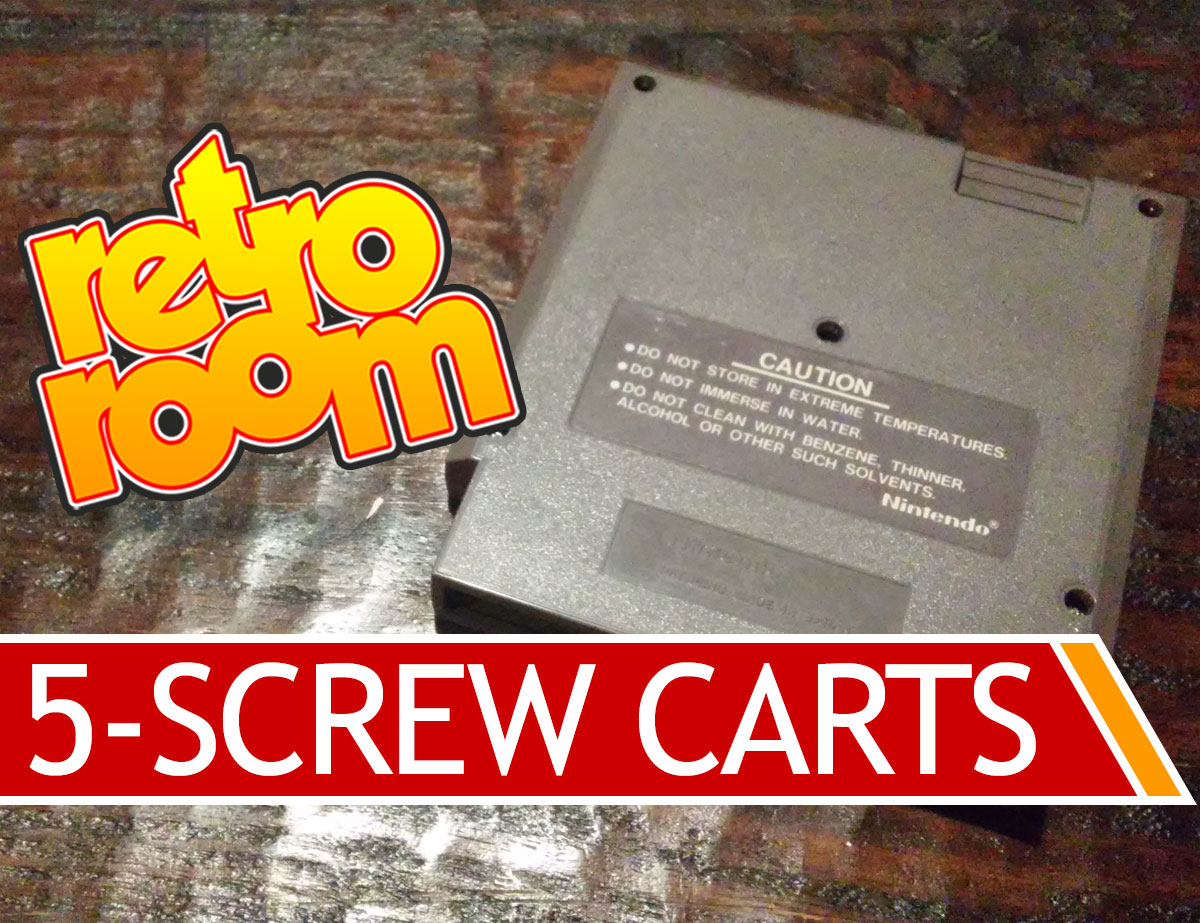 Yes, there are those of us who get excited by the number of screws in a Nintendo cart.

Official cartridges for the NES come in two flavors, the common 3-screw and the uncommon 5-screw. This refers to the number of screws used on the bottom to hold the cartridge together. You may hear retro gamers and collectors refer to 5-screw carts from time to time and there are people who are surprisingly passionate about this feature that on the surface seems pretty insignificant.

But just as there are coin, comic book and sports card collectors who obsess over tiny details and manufacturing oddities, NES carts are really no different.

So what's the deal with 5-screw cartridges? In the early days of the NES era, cartridges were assembled using 5 standard flathead screws to hold them together (two at the top, one in the middle and two at the bottom). Not long afterward, the design changed to a 3-screw method (one in the middle, two in the bottom and plastic tabs on the front of the cartridge to form the seal). The screws were also changed to unique head design that requires a specialty bit to remove.

Nobody seems to know the exact reason for the change, but its assumed that using 3-screws in conjunction with plastic tabs lowered manufacturing costs, so everything was switched over to the more common 3-screw versions at some point around 1987.

One of the reasons why 5-screw carts are more desirable is because some of them contain a Famicom-to-NES converter. In the early days of the NES, Japanese PCBs were used in American cartridges due to an oversupply of them in Japan. They needed a converter to fit the different pin layout of the American NES, so the cartridges were made taller than the Japanese Famicom carts in order for this converter to fit.

Which versions are more desirable? 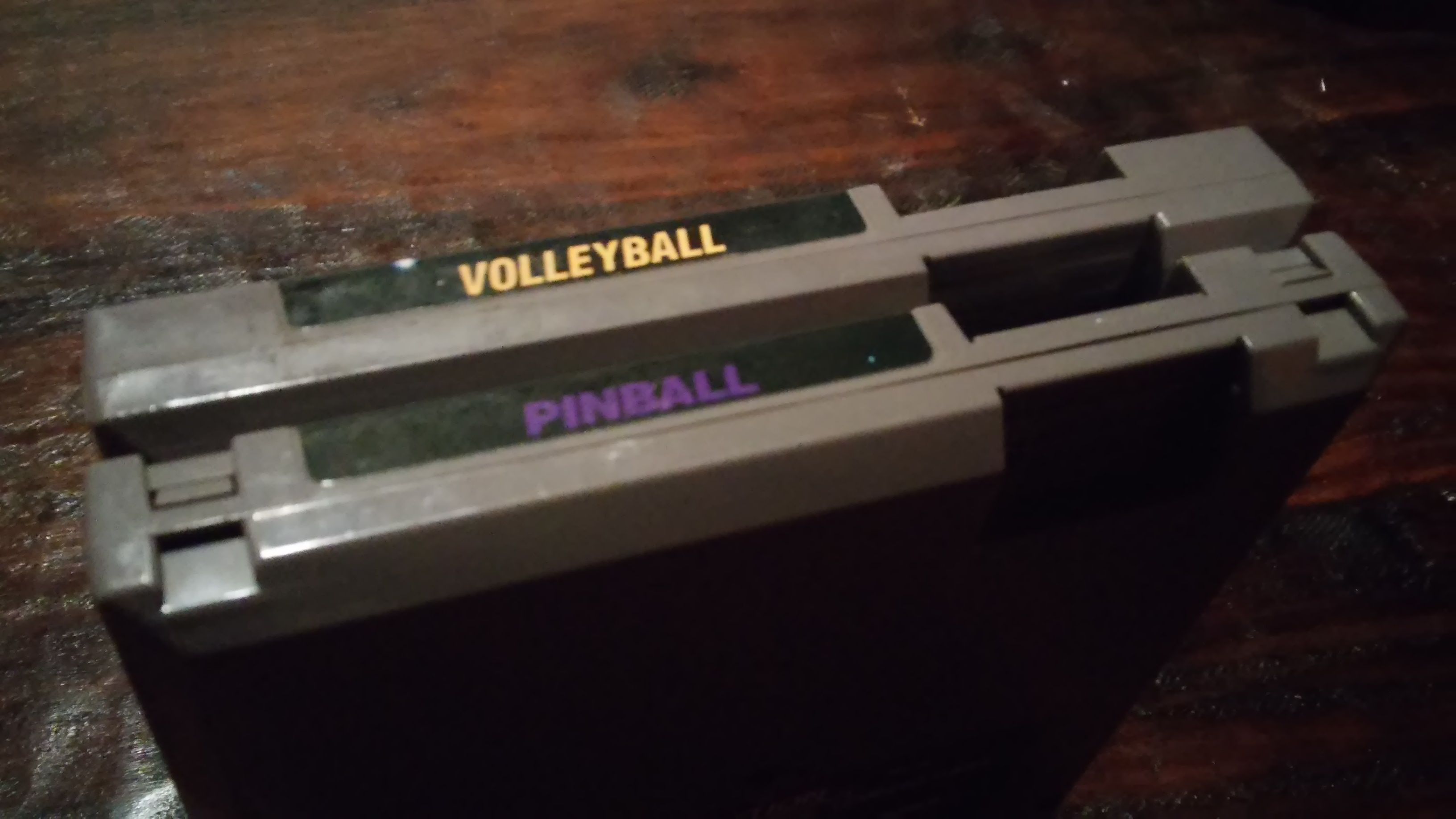 You can tell a 5-screw cart from the front if its flush. If it has tabs, its a common 3-screw cart.

For the most part, the 5-screw versions of games are more sought after by collectors, though only a few particular games sell for significantly more. When Nintendo changed from the 5-screw to the 3-screw format, some games were caught in the middle of the transition, which is why they exist as both 3 and 5-screw variants. However there are a few games where the 5-screw version is the more common and less desirable version, like Donkey Kong and Donkey Kong, Jr.

So what games were released as 5-screw carts?

Here's a complete list of every NES game that you can find as a 5-screw cart:

So that's the deal with 5-screw NES cartridges. In most cases, if you're out game hunting and see a 5-screw version of a game, its probably more collectible than a newer 3-screw cart.

Thanks for reading. As always, upvotes, resteems and comments are appreciated!

I have absolutely zero interest in the number of screws in an NES cartridge despite falling slap bang into the right age range, Im 51.
However, Ive just loved reading your article because I never fai! to be amazed by the obsessive detail us humans are prepared to go to in any subject that we are passionate about. It truly makes us human.
Just sat here smiling as I read this. Not in a mocking way but in an admiring way at the passion that oozed out of every word. And I learned something; learning is learning no matter the subject. So thanks mate for an entertaining few mins, and when you get onto C64 cartridges and cassette taped games , Im going to be back. Happy new year and I'll be raising a glass to the 5 screws tomorrow night :-)

This post is awesome! I knew Double Bribble would be in your 5 screw list. It flew across the room so well... I don't know, great spin. Thanks for the info. I'm sharing to Twitter also.

This post has received a 0.48 % upvote from @aksdwi thanks to: @retro-room.