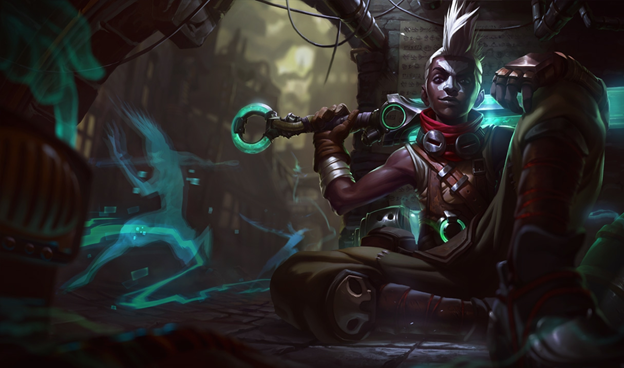 ekko is a mage in the League of Legends, with a high level of control and damage, ekko is very active in combat. You can turn the situation over in 1 second. With the ability to quickly move troops and maneuverability ekko can go to support a lot of teammates

So what is League of Legends? ''League of Legends (LoL) is a multiplayer online fighting game developed and published by Riot Games and released by Microsoft Windows and MacOS operating systems. Inspired by the mod of Defense of the Ancients [2] for the video game Warcraft III: Frozen Throne. It is a free game and is supported by micro-transactions. The game was first announced on October 7, 2008 and was released on October 27, 2009. [3] Since its release, the League of Legends has been very active, and became popular in later years'' I borrowed the source from the wikipedia page itself.

I know about League of Legends is a MOBA - Multiplayer Online Battlefield Arena game. What is League of Legends? LoL is an action game but it is not bloody paranoid and stressful like other games. In LoL there are also fighting, death but mild image, nice interface, Automatic disappearing, not the same bloody images as other games. You do not need to fear that ill will. LoL is a nice action game. Lol has a variety of maps and modes of play, but the most common is that it is the 5v5 standard on Summoner's Rift, the most important being the team spirit in LoL. You will fight in the team so you and your teammates must understand each other to coordinate the new victory. Everyone must support and help each other so that no one is denied. Although the team has a good player but there are teammates who are leveled against the opponent is almost impossible to win.

Now I will talk about the character, I want to go on and say that if you have any more questions about League of Legends please request below, I will answer all that you ask. 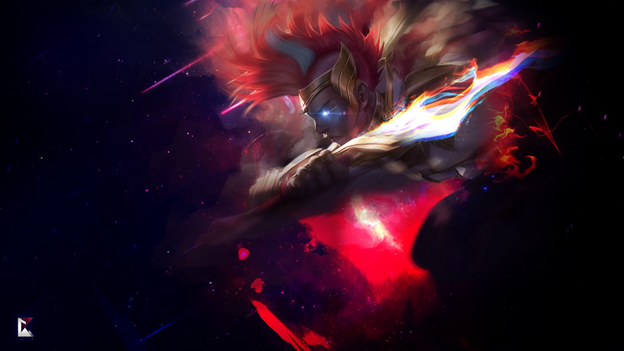 Ekko was born and grew up in Zaun City. Born to genius, Ekko created simple machines before he learned cows. One night, as Ekko rummages through the ruins of a new lab destroyed, he finds something surprising: a piece of emerald that radiates magic energy. He quickly scours and discovers the other pieces of sparkling jewels. Fragments like trying to sing a broken melody, the singing is louder when placed close together. He carefully collects all the pieces of the crystals, even though it was buried deep under the rubble of rubble that made him squeeze between the rubbish. ekko brings back the crystals and studies, he discovers they have the power to manipulate time so he can turn back to the short time before. He used them and installed them with the Rezo engine. Ekko's rumors of the bending of time have reached the ears of powerful people in both cities. Viktor, a highly respected Zaun scientist, is looking forward to serving this young talent. Meanwhile, the inventor of Piltover, Jayce, is eagerly evaluating his Counter-Revolution and recreating his technology. However, Ekko considers freedom the most important, and does not want to follow anyone. ekko wants Zaun to make a big move and he will start right there.

In the game ekko is a melee mage, the main location is the middle line and the upper line. He possesses high-level orientation skills, with the ability to control, dealing multiple damage and maneuvering ekko that can easily support allies. In the fight ekko can control the enemy team, reach the target and turn the virtual help him escape the fight easily. 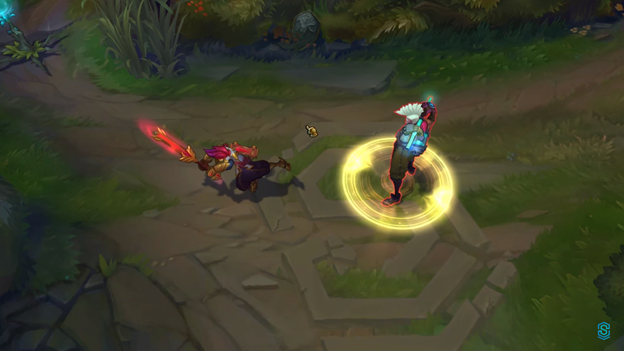 Q of ekko is Time Spans, Ekko launches a grenade, which explodes to create a distorted time field when hit by an enemy hero, slowing it down and dealing damage to all nearby units. After that, it will return to Ekko, dealing damage on the way back. 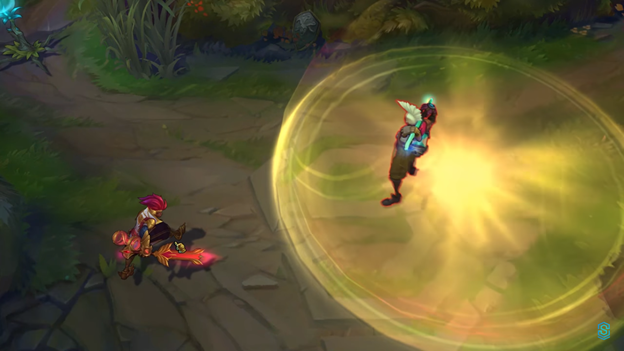 W of ekko is Concurrent, Ekko breaks the flow of time, creating an unstable anomaly that expands in a few seconds, slowing enemies down. If Ekko enters the anomaly, he will receive a shield and cause an explosion to keep the enemy in a temporary magnet, stunning them. E of Ekko is Change phase, Ekko glided away to avoid the damage and activate Zero. His next attack will deal more damage and distort time, moving him instantly to the target. 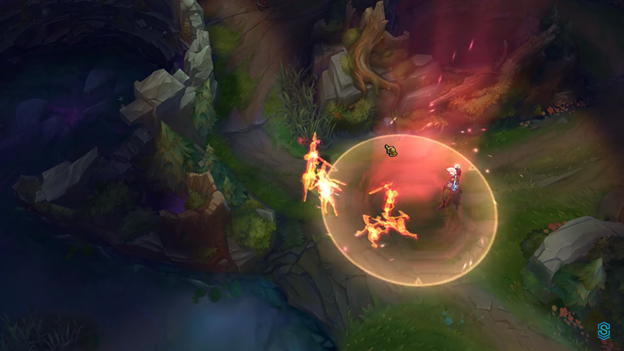 Ekko's last move is Breakthrough Time, Ekko overturns his own time line, making him unlikely to be chosen as the target and return to the appropriate time in the past. He turned back to the scene a few seconds ago, and healing part of the damage received during that time. Enemies near this location will suffer a lot of damage.

Ekko is a melee mage or can also be a mage assassin, with many damage, good maneuverability and a controlled ekko effect that many gamers love because of his healing. When new Ekko appeared, it rained on the battlefield. I rated Ekko 9 out of 10. Thank you for reading my review.

please give me your opinion on this general, follow me and get the latest articles on League of Legends

Thanks. LOOK My Blog and Follow CryptoNews24/7
Free Bitcoin Ethereum for my Followers every week!
https://steemit.com/free/@nakamotosatoshi/free-bitcoins-for-my-followers

Self promotion could make your reputation a whale snack!

I love ekko, he's so fun to play. I would never play him competitively, however.

@nguyenthanh This post gave me the idea to make an illustration of ekko hopefully you will see it, I really like this champion is my main one in the game. Although I really hate to go against Yasuo or Zoe using ekko.

I really like your Ekko review, even if I am not a fan of him because there are stronger picks out ther in the rift ;D
But however, now I want to play Ekko in a normal xD so thx for the inspiring review :P

I finally learned how to lane against ekko without failing. Now I have need to get better at stopping his roams.

Overall a nice and short review, but I think you should go a little more in-depth.