I actually wanted to take the time to praise Kenshi as one of the best games I've ever played in a long time.

I am totally immersed into the world, and while there are no quests, we have been able to come up with pretty interesting goals and aims in our playthrough.

Let me give you guys the full recap on our situation here in Kenshi. 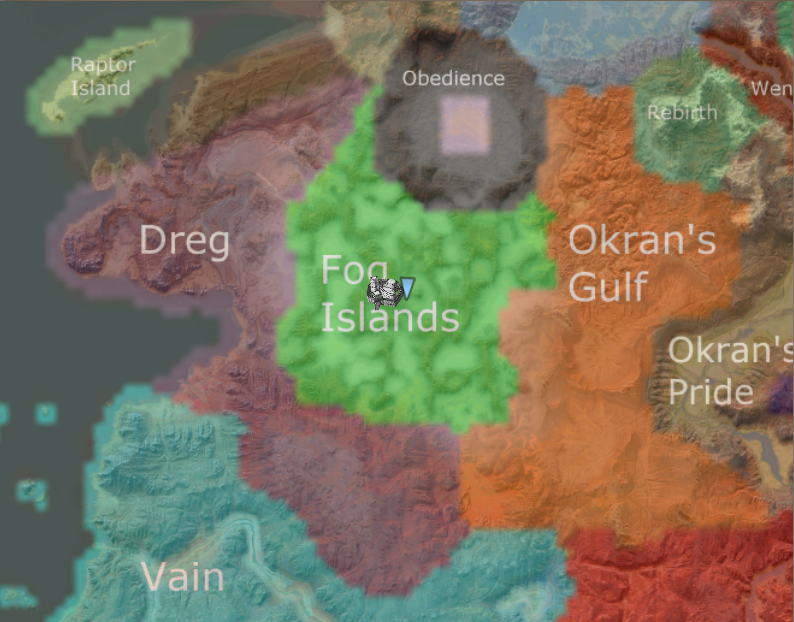 We have started out in Kenshi in the city of Mongrel.

Our first Character and leader's name is Shyness. Shyness is one of my best followers and actively supports my twitch stream everyday. Although at first glance she map be a troll, she is actually very kind hearted and I very much enjoy her presence on the stream.

Shyness was an extremely skilled warrior Mercenary, she has slain countless foes in the name of a few cats, but was widely revered as a Mercenary who got the job done amongst her peers.

After countless battles, Shyness realized that she wanted something greater in her life. Peers who she could rely on, and not having to worry about if her next job will be her last.

So she set out to Mongrel for bigger and greater opportunities. 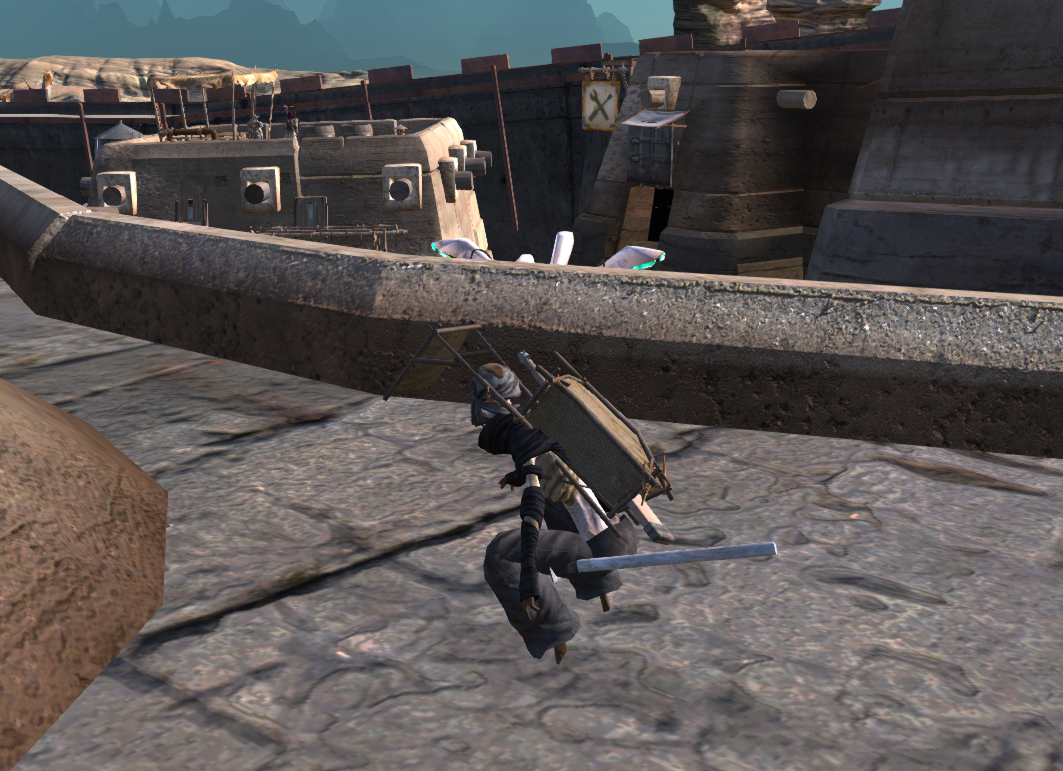 Beep is a hiver that Shyness first encountered when she arrived at the city of Mongrel. Hillariously enough, his first words to shyness were "Beep".

As it turns out. Beep is actually a drifter. His race, Hive. Beep found himself slowly beginning to develop a conciousness. When it fully had hit him. He left his hive in search of finding meaning in life.

How he found himself in Mongrel, it's actually a big mystery. As when Shyness found him. He was nearly starved to death and have nothing to his name.

Since then. Beep has been expanding his self consciousness and learning how to survive and function as a being from Shyness.

As a result, beep has taken a deep kinsmenship towards shyness and her mentoring, and takes great satisfaction in helping her as much as possible in her quest as he has recieved a new sense of purpose.

Throughout the weeks of his training with shyness in how to survive the world. Beep had a revelation. Instead of bartering and fighting, why not just take what you need?

So he trained. And whilst the citizens of Mongrel laughed at him or picked on him for running around the town trying to avoid detection in broad daylight, Beep had actually been honing his skills in the art of being unseen.

He is now an adept thief, able to avoid detection even on the brightest of days.

All those days of being called "RETARD" and "STICK LEGS" have paid off.

Not much is known about the fog islands, other than it is extremely dangerous to traverse this territory.

The area is covered in a thick and heavy haze of mist. Making it even more difficult to traverse the terrain.

And then, there are the Fogmen. 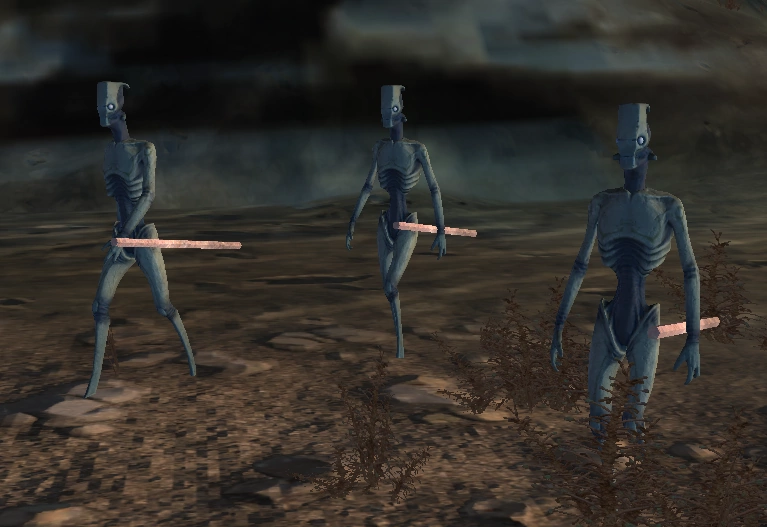 The Fogmen are Cannibal Hivers that appear to be afflicted by a parasitic organism that makes them extremely hostile. While alone, Fogmen are extremely weak and easy to take down. However, where they lack in strength they make up for in numbers.

Fogmen swarm unwary travellers in high numbers, often taking out large heavily guarded caravans. If you're unlucky enough to survive the initial attack, you will be kidnapped and tied to a post, where the fog prince will ritualistically eat you alive. The City of Mongrel

The City of Mongrel is dead center of the Fog Islands.

Although there are very few if any Caravans that make it into the city, the town is revered as both a Haven and a prison through out the world.

At it's core, it's a self sustained city with many shops and places to eat and live. As a result of being in the middle of the Fog Islands, a lot of the citizens are ex criminals, Ex Fanatics, Escaped Slaves and anyone looking to escape from their lives.

The Current State of our Adventurers

Shyness wasted no time surveying the state of Mongrel, immediately thinking of ways to raise money. Being isolated from the world in the City of Mongrel is definitely a huge challenge.

Mining operations are extremely limited here, as the fogmen attacks are so frequent that it's practically suicide unless with a big group of highly trained warriors.

It is there that Shyness devised a way to make funds. By purchasing a building in town, she had made it a general base of operation and small workshop. Research and small arms forging is possible within this base of operations. However due to the limited amount of traders in town, it has been very difficult to buy and produce any kind of product locally. Shyness ordered construction of many chests, as Beep has been able to break into the most highly guarded shops in town at night. With that, the need to store the many armours, weapons and general supplies have risen.

It is also due to beeps work that the party is well fed. Frequent visits to the local bars have yielded many high-end food supplies.

It was then one day that shyness was out on a scouting run that she heard the cries of people in the fogmen. Not knowing entirely what to expect, she traversed the fog to find 2 religious fanatics tied to posts, being prepared for the ritual canibalism. With her swords drawn, she quickly moved in. Brandishing her katanas and in a flurry of strikes and blows, was able to take out a group of 10 fogmen single handly.

She quickly freed these religous fanatics and lead them to safety. Luck was truely on their side. It was then that these two Ex fanatics decided to follow Shyness, her acts of heroics inspiring them.

With new followers, there were more hands available to produce various trading goods, such as Sake, Leather armor, and even weapons.

This new influx of cash has allowed shyness to go around and recruit at the local bars. 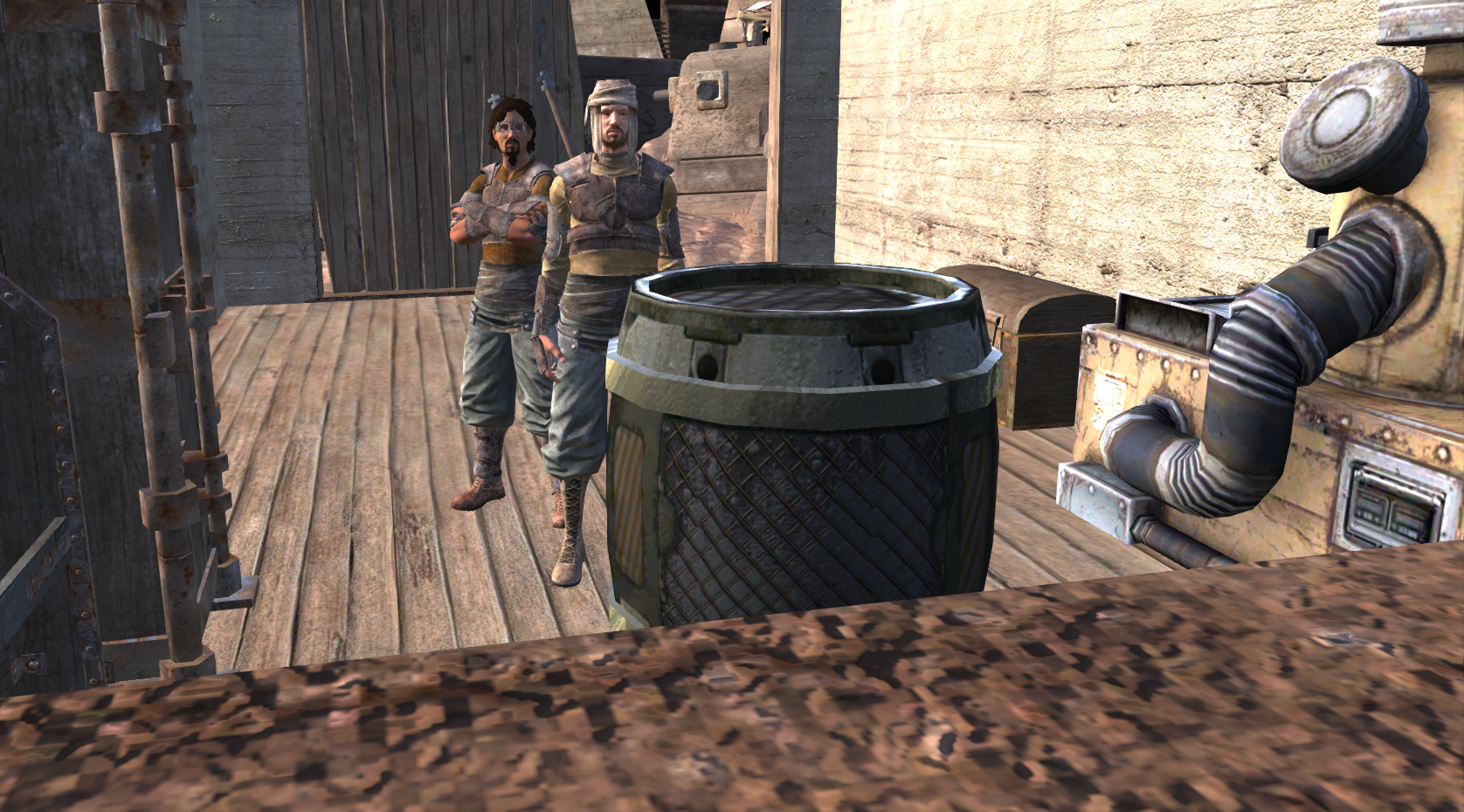 Smotlock and DarthTenyon were part of a traveling Holy Nation Caravan before. However, as you would expect, that caravan was attacked by the fogmen, leaving these two as the Sole survivors.

As is common for any Caravan that tries to make it through the fog islands. Everyone in these caravans are looking for fresh starts and to escape any pursuers.

Although highly unskilled and un trained. These two were immediately able to identify that Shyness wasn't just another wanderer looking for anyone to join their gang.

It's unclear if these two recognize shyness's potential, or if they're just sick of the town and want to get out.

Smotlock and DarthTenyon are new followers of my stream and have been regulars since I've started to stream Kenshi. I had to mention them in this post and give them a shoutout.

With a sizable amount of recruits. Shyness has been leading small controlled raiding expeditions over time into the fog, watching and training her new companions in the art of war.

But as the days grow shorter and the nights grow longer, there have been a steadily increasing amount of raids from the fogmen onto the City of Mongrel.

At this point, even locals are falling victim to the Cannibal Fogmen. Some shops have been closed down because of their owners being kidnapped and eaten amongst the fog.

The City guard, steadily decreases in number every day. Highly trained, heavily armoured and armed to the teeth as they are. Even they fall. Where there were entire garrisons of city guard stationed at all points of entry into the city, now only a handful remain, and the screaming and howling winds in the fog islands grow only louder.

In desperation, a local thieving guild has answered the call as the auxiliary backup for the city guard. It is quickly becoming apparent that races, species, guilds, or even factions are important anymore. The only thing that is important is defending the town from the growing raids.

But even these Highly trained ninja are no match for the uncounted blue tide of fogmen.

Shyness recognizes that this town is doomed to fall. With reluctance and a curse into the wind, the call is made to recruit every able bodied man or woman.

Day by day, preparations are being made to make one big push out of the fog islands. Supplies, weapons, Armor, Food, everything that possibly could be used to aid them is being gathered. Last minute training drills are being instructed by shyness, blueprints are being studied for later use. The time to get out of Mongrel is coming soon..

But at what costs? What will happen to our adventurers?

Kenshi is an extremely immersive game, where you decide what your quests are. Each of your characters are rememberable and important. But the difficulty curve is quite steep.

Do you want to be apart of this adventure?

Join me live on stream.

I will answer all questions, even check out your blogs and posts. Feeback, or propsals anything.

Congratulations @malicered! You have completed some achievement on Steemit and have been rewarded with new badge(s) :