Hey Losers! Consider this Your Unvitation to the Death Star! There is a great disturbance in the Force. My executive assistant Vera, who is honestly the greatest thing in the universe, has informed me that another one of your community members is spreading fake news about me. This latest example is comprised of ridiculous video "evidence" which has clearly been doctored.

@chaseit is spreading these malicious falsehoods against me in his latest transmission which you can find here. I think you should all go there and upvote it to show him that you noticed what he did. We cannot allow this treachery to be ignored!

Look at this completely despicable, dishonest and fake video...


It is just sad that any loser would believe this. It is SO FAKE!

And he ruined a perfectly good video. It is impressive, most impressive, that you actually have an inhabitant on your planet who has the ability to raise an X-Wing using the Force. That should have been the focal point of this video. Although, I do have a bone to pick with this Padawan's master.

That youngling just lifted a 12,000 pound fighter. There are tons of people and structures all around. Let her have some fun! She earned it. And what is more fun than tossing a 12,000 pound object onto a group of unsuspecting picnickers? Nothing! Nothing is more fun than that (except for perhaps watching me do it perfectly). She's got the power, let her use it! Let the hate flow through her.

Speaking of the Padawan, she has quite a bit of potential. She may very well be the greatest Force wielder your planet has ever produced. I would actually consider her the world champion of your planet. Clearly she is currently the Most Valuable Padawan of Earthia.

Why did @chaseit ruin this transmission with clearly fake footage of me? He clearly took images of me from somewhere else and superimposed me into this video. Given the fact that I am enjoying some delicious ice-cream, I imagine it is from this trip... Be careful. These calories will go straight to your hips.

Sometimes my friends ask me to escort them to Earthia. Earthia has tremendous business potential. I've so many friends going to your planet, trying to get rich. I believe the video in question may have been taken during one of these business outings.

The non-linear timeline has allowed me to bond with Darth Maul. Not only can we share stories about working for the worst boss in the history of time, we also formed a support group for legless Sith Lords. Count Dooku tried to join... but screw that guy. He was only missing his hands... and head.

So clearly @chaseit used footage from the takeover of that ice-cream shop to make me look bad.

Ok. I realize I can never really "look bad". But you know what I mean. Look at that video. It appears as if I am standing there in plain view. In plain view! Yet those kids run right by me without even giving me a second look. They passed by me like I am a bum or something. That guy next to me is filming an X-Wing being raised from that lake. Seriously? I know that is pretty cool, but I am standing there in plain view! He's treating me like I'm a weak-minded or foolish old person. That is so fake! Does this look like a weak-minded or foolish old person?
Or does it look like the epitome of awesome?

And it's not like the park is empty. There are people everywhere. That is preposterous! If this were real, they wouldn't be everywhere, they would be in one spot: as close to me as possible. The crowd would be trampling each other in an attempt to gaze upon me or possibly even brush up against my cape. Actually, if this were real, it would be a HUGE crowd. This crowd is way too small. I always attract amazing and tremendous crowds. In addition, the women would be tearing each other apart in an attempt to draw my attention to them. Fake, fake, fake! The party at the Death Star was going to be so much fun... but none of you losers, who already said you don't want to come, are invited!

I swear, every time I start to think your planet has potential, one of you crazy nut jobs makes me realize that I may have no choice but to totally destroy you.

Pissed
Legless support group
Epitome of awesome!
Did you get your unvitation?

Thanks for the laughter and here's an official response of yours, I think, that came through a car where a friend of mine witnessed this sign... I thought YOU might be behind this one, no fake there, or is it?!? 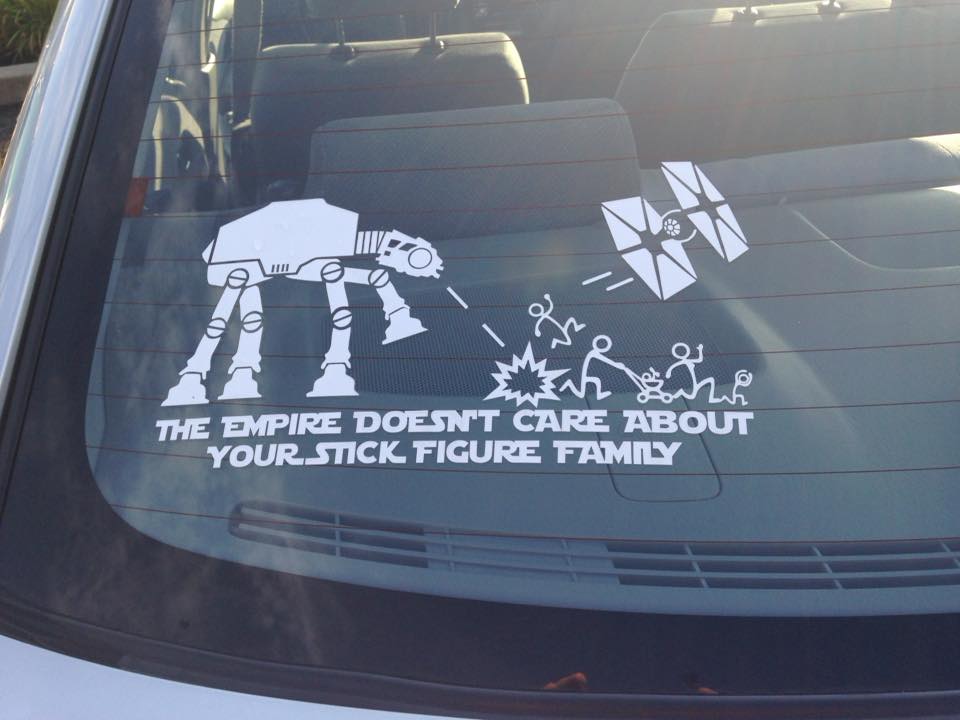 It cracked me up too and couldn't wait to find the right opportunity to share it with the almighty @lordvader! Glad it put an easy smile on your face too.

Glad you also enjoyed it, namaste :)

Keep calm, and Steemit shop on. LMAO. This is crazy and an early idea for Halloween. It's not that I don't wanna come. It's fun and exciting but hope it'll not like the horror movie I saw where I cnt remember the title that everyone meets death to get in the house with horrifying costumes and skeletons everywhere.

The force is strong with this one! 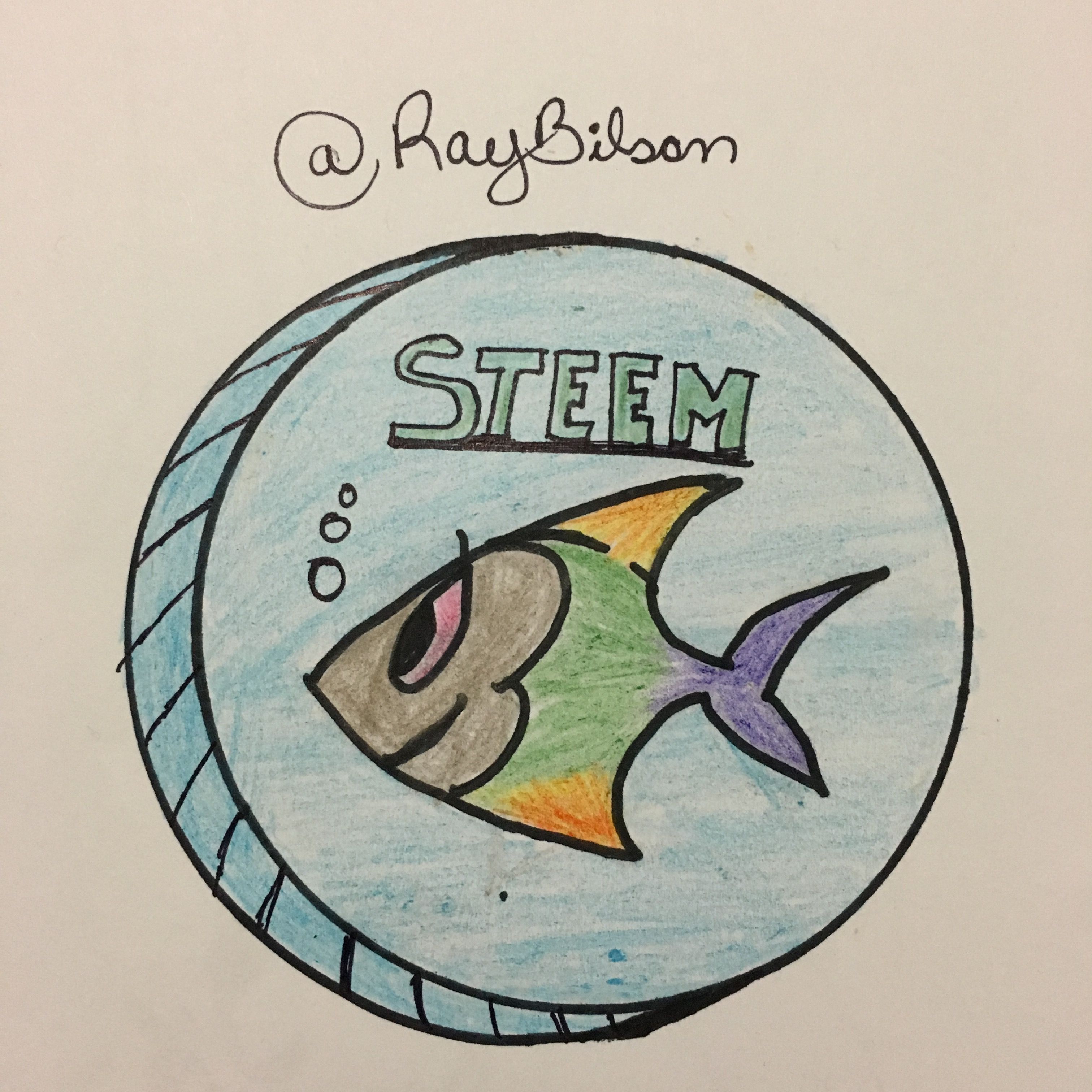 Have you had a chance to see the youtube video of Eddie Izzard's Darth Vader in the Death Star Canteen? It's priceless!

I did actually kill 4 people with a tray that day. Thy will be done! We shall upvote this faker to death!

Yes upvote him like your life depends on it... because it does.

Cryptomaster Leek here. I must congratulate you on your post. @lordvader .
I created this video "purely coincidentally "

If you want to be more popular, consider occasionally wearing a bright-red helmet with a M.E.G.A. logo! Stuff like that works in this solar system. Make the Empire Great Again!

I do not know. But the president is TRAMP!

excellent post.mind blowing every where. I'v followed and upvote you. at least 1 upvote me https://steemit.com/topnews/@currentnews/mexico-earthquake-survivor-floors-dropped-like-dominoes

Interesting avatar. I think we may have a common acquaintance... Keep Your Hands Off My Girl!

Lord Vader and cool guitar?! Nothing can live at that speed!

How dare he disrespect our lord and savior Lord Vader like that!!!
I want to see all fakers crushed and all opposed to Vader gone!

You have potential. Make sure you up vote that creator so he knows how many loyal followers I have!

They will all know how many loyal followers you have, nobody shall mess with you again!

You made my day! Just the kind of humor I needed in the midst of crazy people and stomach flu!

@lordvader I needed some force to lift me up from my misery.
I turned into a hairless, fangless, and bandoleerless, wookiee

@cryptopie your strength and courage are some of the reasons I still have faith that humans may become a valuable part of the Empire. Continue to stay strong. I will surely need people like you when I decide to take over Earth.

At an official Imperial event, when they start playing the theme song, what would happen if one of those storm troopers took off his mask and kneeled during the song?

I would walk right up to that s.o.b. and tell him he was fired. And by "fired" I mean I would choke the life out of him and then go pay the choke jar.

OMG, please call STEEM power ranger next time.. he will be the death star destroyer 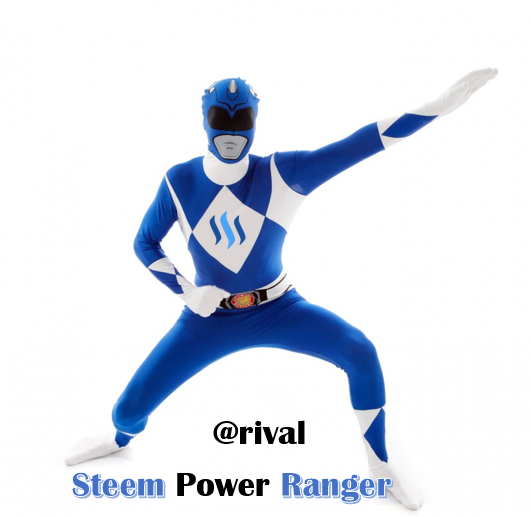 He seems to be missing something below that belt. Lol what did the camera man say at the end?

A party at the death star? Pardon me Monsieur we'd rather have it on planet X or Nibiru as those doomsday prophets claimed. My regards to General Grevious.

informative style and starwars power takes it all.. 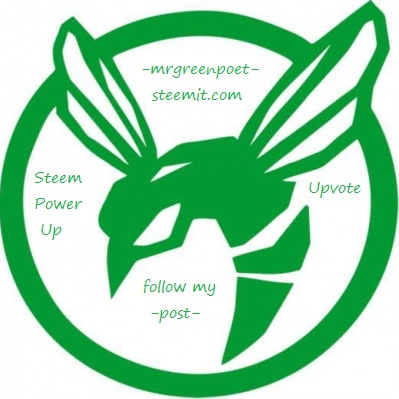 @eric-bouncher .!THe party at the death star its more fun of reading :)

Great post i found it quite interesting and helpful as well, your journey blogging has only just begun. Keep up the good work and I wish you all the best for your future endeavors. Thank you very much for the post!

There are sycophants in every galaxy... near and far far away.

Lord Vader sure is pissed... And obviously a foodie.
Just a single nod, and you'll have his head! - Loyal follower.

this one is freaking awesome

The humour made the post one of the best one and that too the way to you presented and the written techniques were awesome.. Keep steeming @lordvader!

So much information @lordvader thanks for sharing.

follow and upvote me, i will do the same to you. i really do.

Seems the emperor missed a few sensitives in his scourge. Perhaps this is a potential apprentice for my lord?

The Fake News posters should know that the Emperor is not as forgiving as you are.

hahah very nice and intresting post.. this is awesome . i enjoyed the pics and videos . keep it up.... appreciated

Hey, my name is Nadine and I am new on steemit. I would be happy if you could check out my post as well and follow back. Thank you:-)
https://steemit.com/travel/@leo-tmp/amazing-festival-in-pattaya-thailand-my-travel-diary
I really like your post. Nice!

Haha Great Post
I am also trying to make others laugh like you.
You are my real inspiration sir.

Yes. the idea that anyone would believe I could be ignored is very funny.

The truth is out there.......no wait that's the wrong one...Bidi Bidi Bidi....err no must be May the Force be with You...no not that one...I am your father's brother's nephew's cousin's former roommate. ;-)

hey @lordvader when will you be posting again ? what do you think about starting a Star Wars meme group ? 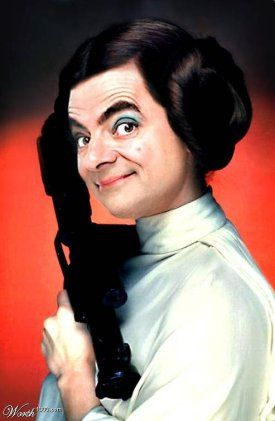 @lordvader may the steem power force be with you..^_^ cool

Hahahha, You know I often wonder where you get all these awesome pictures. You seem to have ones for every situation. LOL

lorvader! Thanks so much for this wonderfully hilarious vid! A good laugh just makes my day!

If you think this is embarrassing, you will be most unpleased with my latest post. We will destroy the Empire through the use of propaganda and mildly unflattering photographs.

YOu look like one of those movie characters, you really go by that look in daily or thats just your online look? 😢😢

Congratulations @lordvader, this post is the second most rewarded post (based on pending payouts) in the last 12 hours written by a Hero account holder (accounts that hold between 10 and 100 Mega Vests). The total number of posts by Hero account holders during this period was 152 and the total pending payments to posts in this category was $3798.12. To see the full list of highest paid posts across all accounts categories, click here.

Congratulations @lordvader! You have completed some achievement on Steemit and have been rewarded with new badge(s) :