Food is Life! (No, this is not some health food plug bull shit) 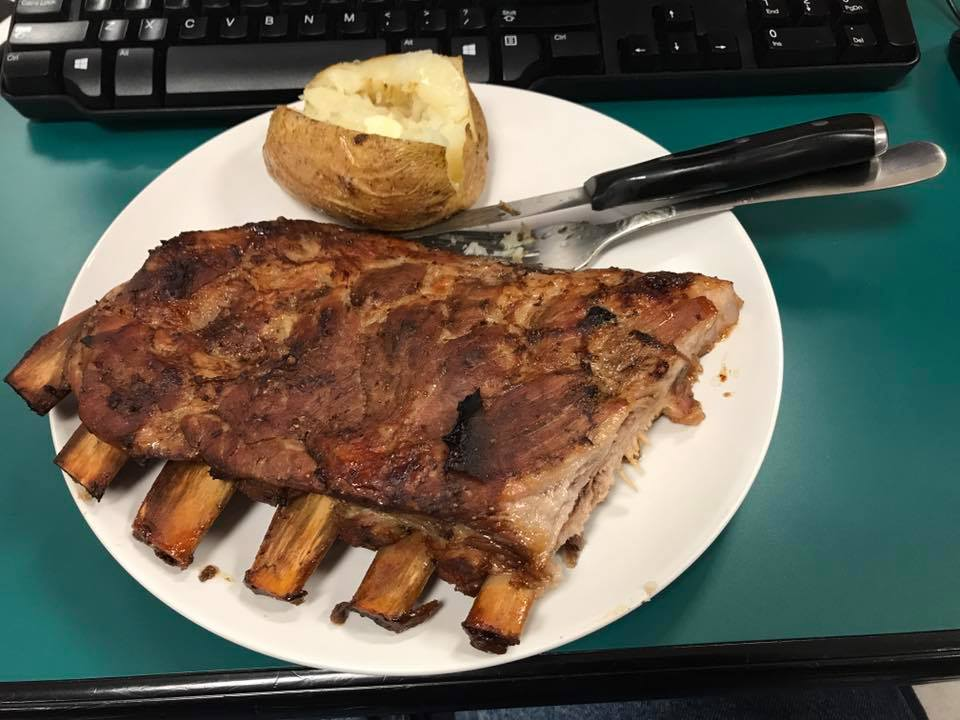 (I actually made these at work)

I am a pretty good cook if I do say so myself. Most people think I love to cook. I don't. I don't hate it, but it's a pretty neutral activity for me. I DO however, LOVE to eat. As such I learned to cook along the way. No one ever really taught me how to cook in the beginning, but I did spend as much time as possible around my grandmother when she was cooking hoping for tastes and scraps. I basically acted like a poorly trained dog who would just follow her around and beg quietly.

Watching her cook (and she was damn good) is probably what got me past the fear of cooking that so many people seem to have. I never even considered "messing" up food because she never did. Even when there was a "mistake" it was still delicious, or we would just make it again. I think people worry too much about messing it up. It's just food and its going to be fine.

When I wasn't with my grandma, my home life didn't involve much culinary mastery. When I was living with my Ma, she did cook but she wasn't exactly a natural at it. I remember one time when I was maybe 7 years old or so, she tried to make Swedish meatballs. They were really bad. I mean terrible. I don't know what happened, but they were not consumable. As a kid I just thought she cooked it bad, but as an adult I think maybe the meat went bad. I don't know. They were so bad our cats wouldn't even eat them. I can further illustrate my point by sharing with you that as a kid, my favorite food was burned hot dogs. Like in the frying pan, burnt black. That's just how I was used to eating them. I would order them that way at restaurants and ask for them to be cooked more when they came to me usually. I haven't eaten one of my Moms meals in a very long time, but from what I am told by my sisters, she has improved her kitchen game by leaps and bounds since those days. When I was living with my Dad, he too would cook. He wasn't terrible but he was no grandma either. Best thing about dads cooking was he always made huge amounts of everything which was really handy in my teenage years because I ate huge amounts of everything. I must have been putting down close to 6,000 calories a day back then. It seems crazy, but I swear its true. He would shop every other week at one of the big bulk food stores (Costco or Sams Club). I remember him telling me that our monthly grocery bill was more than the mortgage. I still eat a lot, but not like back then. Not even close.

Today I cook fairly regularly. Not daily because I work 12 hour shifts and usually by the time I get home I am not trying to cook a meal. But on my days off I cook like my dad and then we have enough leftovers to get through the 3 or 4 days I have to work coming up. I try to cook 6 or 7 things when I have days off so that we have some variety over the work days. Personally I don't mind eating nothing but pulled pork for 5 days, but I try to do better than that for my wife (I am eating near the end of 10+ lbs of pulled pork right now). She has never complained, but I try all the same. Mostly she has never complained because my wife does not mix well with the kitchen. More than 1 entertaining story comes from her attempting to tackle the culinary arts. We will save some of those for later posts though. 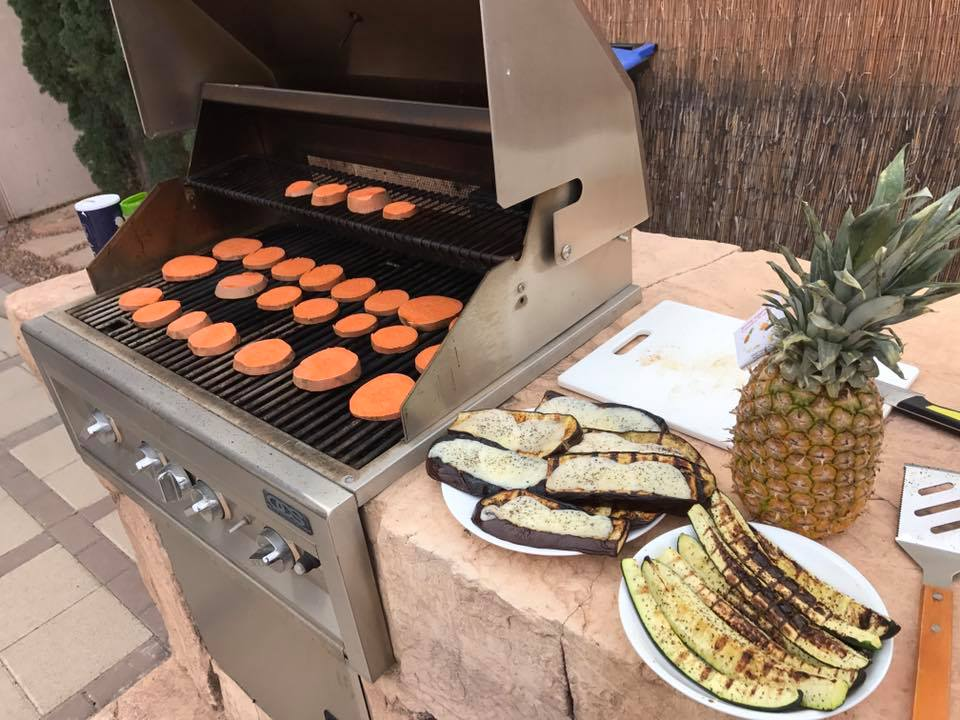 (I'll grill almost anything. Everything is better on the grill!)

I started writing this post because I wanted to talk about my Bountiful Baskets food co-op. In my previous experience a co-op is more of a community joint ownership thing. This is not like that. I guess its more like a farm share, except its not dealing with a specific farm, and you don't have to go pick vegetables at the farm. Also there is no long term commitment required at all. Basically, you sign up (and pay) each Monday/Tuesday that you want produce. You pick up said produce the following Saturday. If you don't want produce this week, then don't sign up and don't pay. That's it The flexibility is the reason I like this program more than others I have looked into, but I also really enjoy the variety of products I receive. Almost every time I go I receive something that I don't know what it is, have never eaten or cant find in the local grocery store. Its great. I love learning about new foods and even more so I love eating new foods! Just this last time I got purple kale and pablano peppers. I've had plenty of kale in my life, but never purple. I've probably had pablano peppers but I'm not sure. I've definitely never cooked either! Cooking those will be part of my adventure tomorrow (on my day off).

I haven't settled on anything yet, but I am thinking of some kind of soup with some daikon radishes I have, plus the kale and the peppers and whatever else I manage to get in there. I have some chicken and sausage and bacon in the freezer. What do you guys think? Maybe a slightly spicy sausage/potato/vegi soup. Chicken base? Beef base? Hmmmm the possibilities are endless. I am open to any suggestions!

Great post. they say that the people who are most successful are those who are doing what they love.

Thanks! That’s the plan. Just ramble on about my life and see where it takes me. I am fortunate that at this point in my life, I have a lot of what makes me happy, and some good stories to explain how I got here. 🤪

I’m new in the space. I don’t even know what that is! But I will! Thanks a lot!

No food, no life

Hey, I like burnt hotdogs too! Great read, love the post and like you I love to eat! And what’s your thoughts on BBQ burnt ends?

I didn’t even know that was a thing! I always liked to eat the crispy parts on the end of a brisket or something similar like that but I didn’t know that they made them specifically that way. That’s really exciting to me. I want to go buy a brisket right now!

This is real food. Feeling my mouth watering... Ready for dinner now haha.

Nice! Sometimes I feel like people take too many damn pictures of their food. But I’m glad these were well received.

I’m glad this community is liking the food pics. I’m sure there will be more sooner or later!

Go fooodies. More and more of us are here

The more the merrier!