My second pizza stone pizza using a 16h rise + 48h cold ferment has finally produced a really good result! You can view the recipe and directions in my last blog here.

Yesterday's pizza was great, and the crust became slightly less bready, but it was still missing the professional pizza crust look I'v been chasing after. Today's pizza on the other hand has finally made a break through and I'v seen my first crust bubble appear! 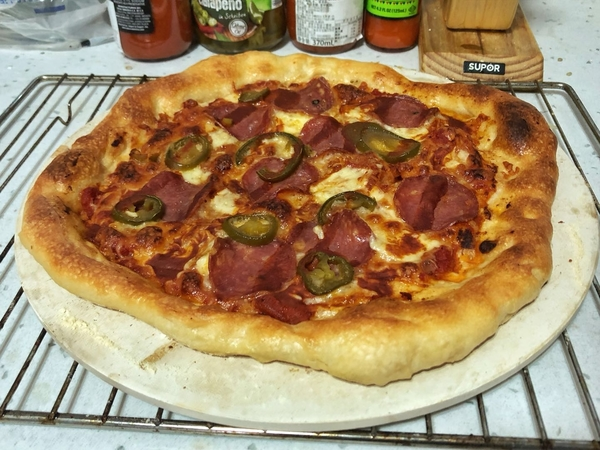 The taste of the crust didn't really change much, however the shape and browning of the crust was much better than the previous 24h crust. The crust got a little darker and a little charred bubble even arose on the side of the pizza! The bubble was crispy yet the inside was chewy and airy, there was a perfect bubble of air seperating it from the rest of the dough. The rest of the crust was good, it had a little seperation within the dough but I'm still striving for more. 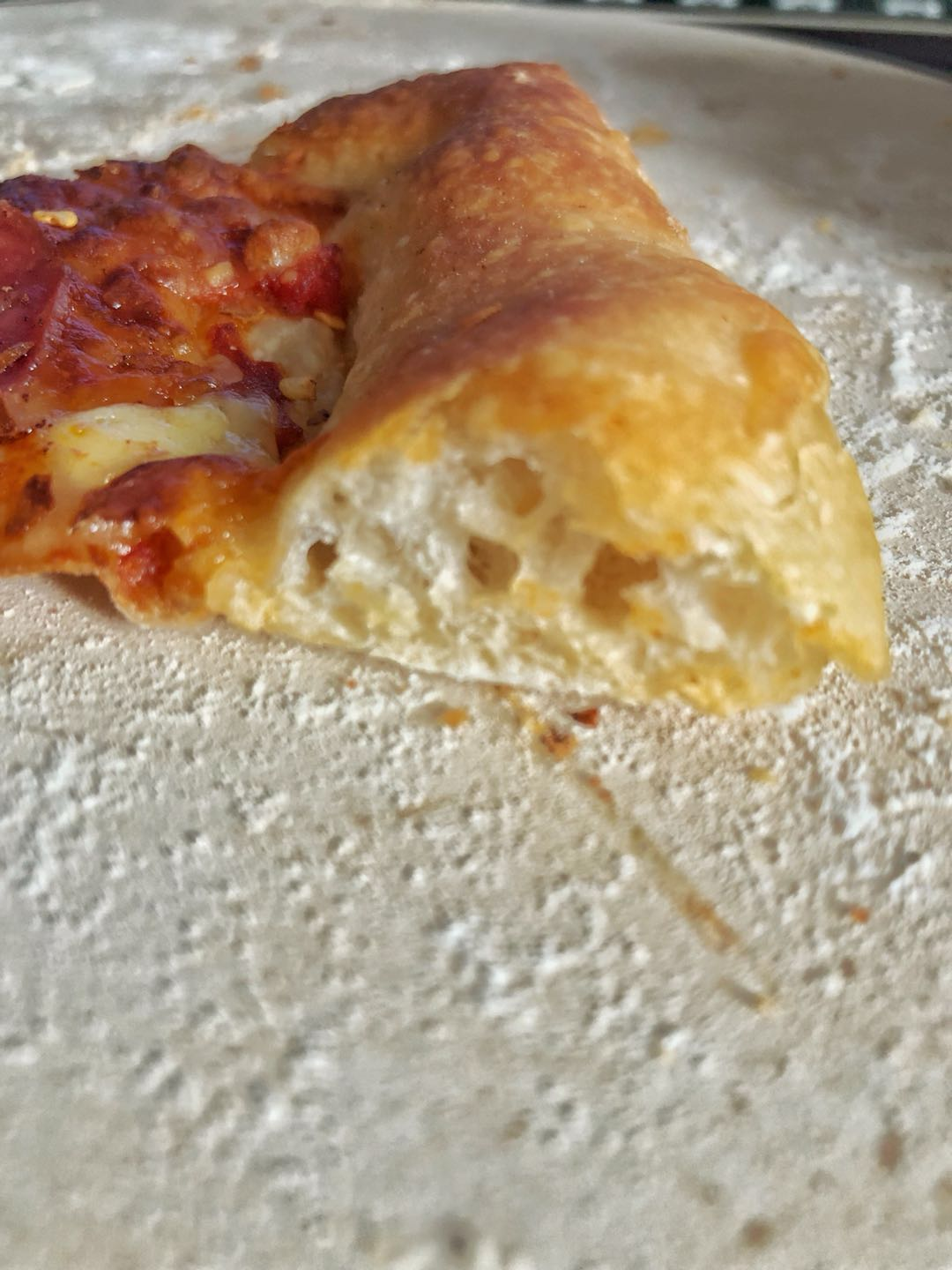 I made some minor adjustments to the preperation. For one, I tried precooking the crust first for about 5-7 minutes (previously I read that you don't precook crust when using a stone) and two, I floured the pizza stone a lot more because the pizza stuck to it a bit my last time cooking. With a 250C oven I found it still takes a bit too long to start browning the crust and if I don't precook it then the cheese gets a little burnt. I like a little brown on my pizza cheese, I think it adds a nice look to it, but my last pizza was too dark and didn't make for a pretty picture haha! I went with another salami pizza like last time, but this time I also added some chunks of white cheddar, pickled jalapenos and a hot sauce drizzle. I cut down on the pizza sauce some because last time it was too saucy and I wasn't the biggest fan of the pizza sauce I picked out this time. I love a saucy pizza but the saucier you make your pizza, the more important it is to have a really good sauce. I love making pizza sauec but it's a lot of work, maybe one of my days off I'll do it again. 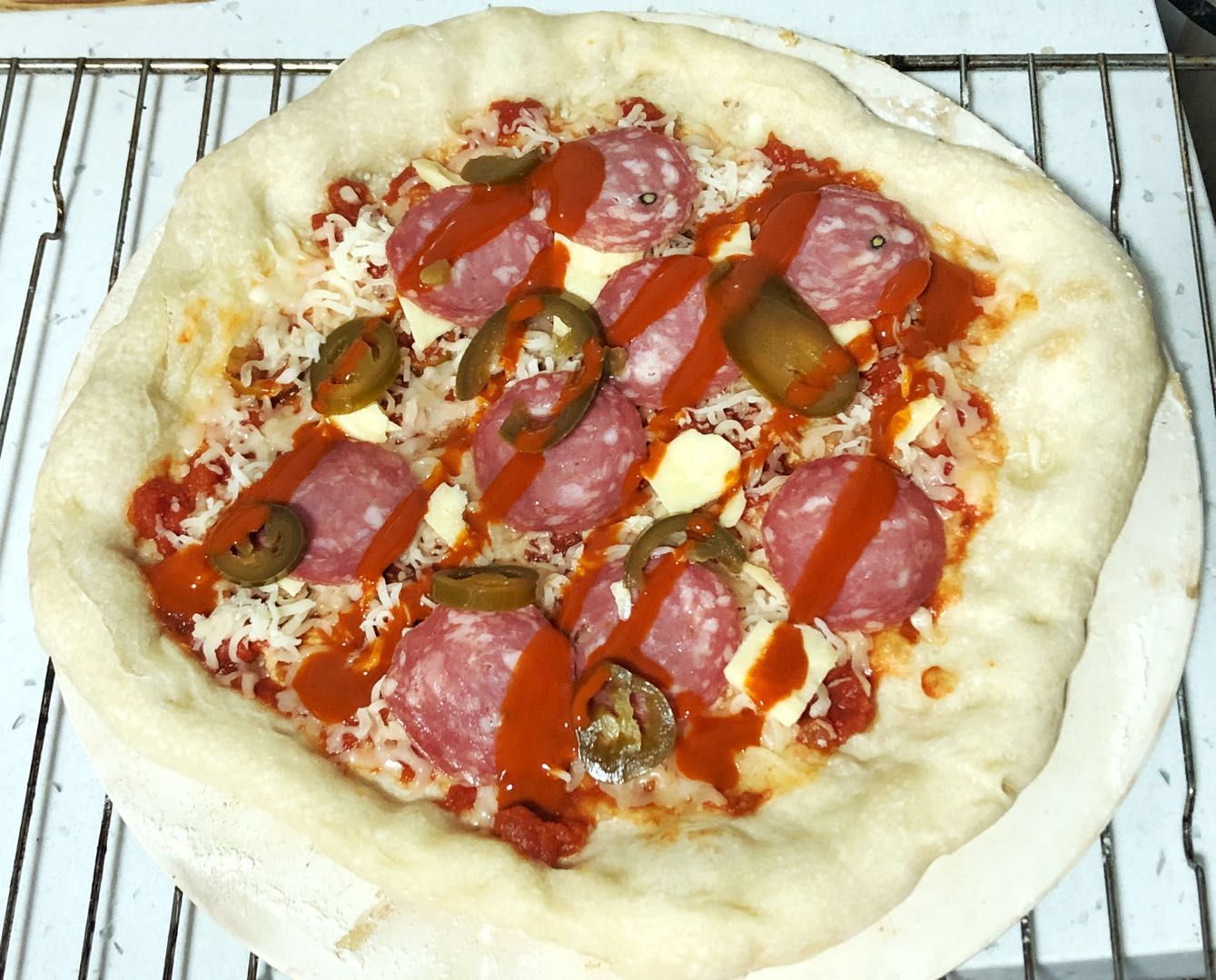 How long did it take to cook the pizza? I've never tried a long rise time for my dough. I cook my pizzas at about the same temperature for about 5-7 min. Without toppings I get a lot of bubbles and the dough is really light and airy. With toppings it's still pretty light but not nearly as many bubbles.

I tried making a pizza nero the other week. That was a fun experiment. 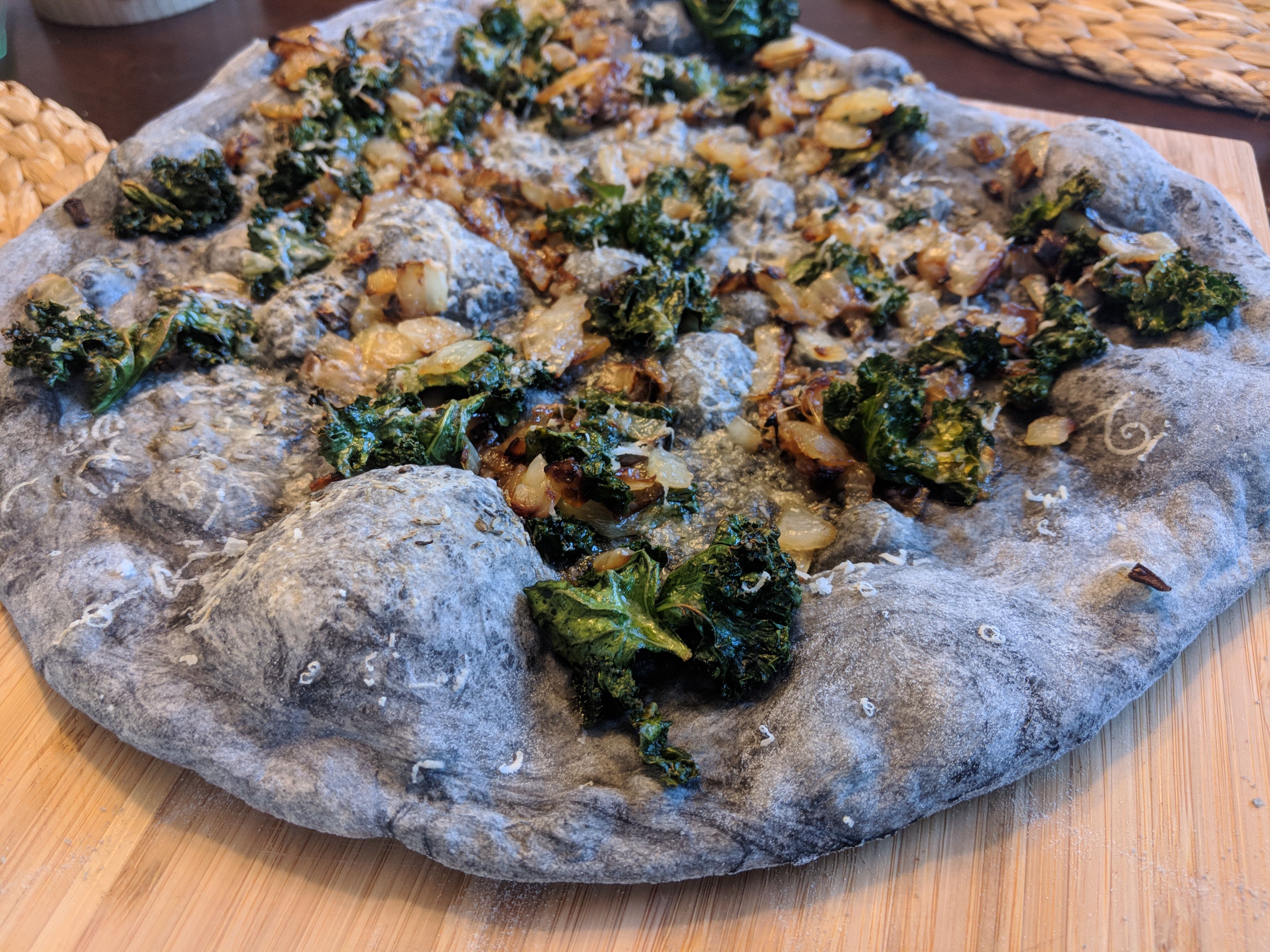 The pizza looks great, I'm really jealous of your bubbles! At 250C I usually cook about 15-20 minutes. I just can't seem to get a browned crust without overcooking it. If I took mine out at 5-7 minutes, it'd be cooked but the crust would still be really white. It's a problem I'v been working to solve for a long time now and still haven't quite figured it out.

Interesting. I'm going to have to see how brown I can get the crust (on regular white pizza). If I leave it much longer it does start to burn on the bottom. I've used different pizza stones over the years. Right now I'm using a thin metal "stone" that I got from Pizza Craft. It doesn't hold the heat as much but it transfers it the pizza quicker so the pizza's cook quicker and hotter.

Your pizza looks amazing! I love the crunchy bread