Why LPTexas is the Most Important Step for the Kokesh Campaign

After traveling the country over the last year and seeing how other LP affiliates function one thing has become very clear to me: LPTexas is the largest, most powerful Libertarian affiliate in the country. This is not to take away from the thousands of amazing people in LP affiliates outside of the Lone Star State. It's just that Texas is an order of magnitude larger.

So what does this mean? If you are a Texas libertarian who believes in the Localization of government to combat the common enemy of large, centralized government; then this is the week to get involved with the LP.

In Texas, becoming a national delegate is highly competitive. Whereas in most states you can show up to your state convention and simply raise your hand when they ask, "Who wants to be a National Delegate?" that is not the case here. People interested in becoming a National Delegate in Texas should expect to attend 3 separate meetings:
The Precinct Convention - held in your local voting precinct on Tuesday, March 13th (you can find this location by clicking here http://www.lptexas.org/events_calendar)
The County Convention- held in your local voting county on Saturday, March 17th (click here for time and location- http://www.lptexas.org/events_calendar?page=7)
And finally, the State Convention- (which is here https://convention.lptexas.org)

We want the headline in July of 2018 to read, "Libertarians Have Taken Over the Libertarian Party," but we have some battles to win first.

A few days ago it was exposed that there is a group of non-libertarians within Texas who are attempting to use LPTexas' ballot access to re-shape the party into one of exclusion, militarism, and socialism along the border. Do they have the numbers to do this? They will if we don't show up. So we must show up. On Tuesday.

All you need is your driver's license or another form of state ID. You do not need your voter registration, but it sure makes things run much more smoothly if you do.

If we want to #FinallyFreeAmerica then this is our first big challenge. C'mon Freedom Family, let's do this.

Sounds, good, if you get a bit you should get a photo of you saying steem and the date on it and make that a post about yourself with tags "introduceyourself, introducemyself" if you want to get some coin.

Thanks for the advice!

I thought you had this all under control! I thought you made 300 dollars! Did you forget I could check your wallet? I think you are a liar. And I am calling you out on it.

Thanks for pointing it out, flagged it. You need to stop being abusive to people and abusing the reward system. There was a legit way to do this, you all opted for the sleezy way. You are also muted now, I do not care what you have to say about anything at this point.

What a bizarre lady.

I'm in Texas and I'm interested in helping. I'll send you guys an email for more details.

How can a libertarian argue with this?

Please read the posts by @kafkanarchy and @fishyculture before you get involved. These people are not who they pretend to be.

Go read the posts. I am not being cryptic, their posts are self-explantory.

Congratulations @benfarmer, this post is the second most rewarded post (based on pending payouts) in the last 12 hours written by a Newbie account holder (accounts that hold between 0.01 and 0.1 Mega Vests). The total number of posts by newbie account holders during this period was 3858 and the total pending payments to posts in this category was $2425.11. To see the full list of highest paid posts across all accounts categories, click here.

I am happy to find your running for non-president campaign! GO ADAM! 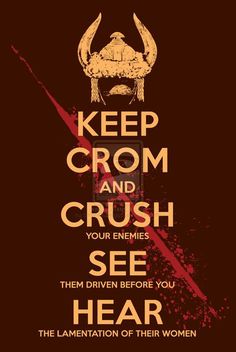 I am happy to see you!

It was sitting right in front of us the whole time! We just have to vote for the right person(Adam Kokesh) in order to be free.
#FinallyFreeAmerica.

not just vote. We need to do whatever it takes to get his "Freedom!" book in the hands of every American who can read.
Gotta love this:
https://steemit.com/adamkokesh/@fundposhprincess/kokesh-s-freedom-book-all-over-new-orleans-soon

Mr. Farmer claims: >>>A few days ago it was exposed that there is a group of non-libertarians within Texas who are attempting to use LPTexas' ballot access to re-shape the party into one of exclusion, militarism, and socialism along the border. <<<

I am not yet taking anyone to task for making a statement like this, but frankly, I'd like to see the source of this assessment. Not to say the infiltration of GOP stooges isn't the norm in Libertavia, but I want to see "names named."

Ok. You can visit the group Texas Libertarians on facebook for the full run-down. Screenshots, names, lists, all of that is there.

ah. Well, I don't do ZuckerBook. Can someone place the info into Steemit, somehow? I do appreciate the effort Adam and his team is doing to purge the LP of the elephant dung which somehow works its way into the LP tent.

All you need is your driver's license or another form of state ID.<<<

the ultimate in irony.

Texas the propaganda is the largest in the States just like everything else in Texas. They grow BS large too