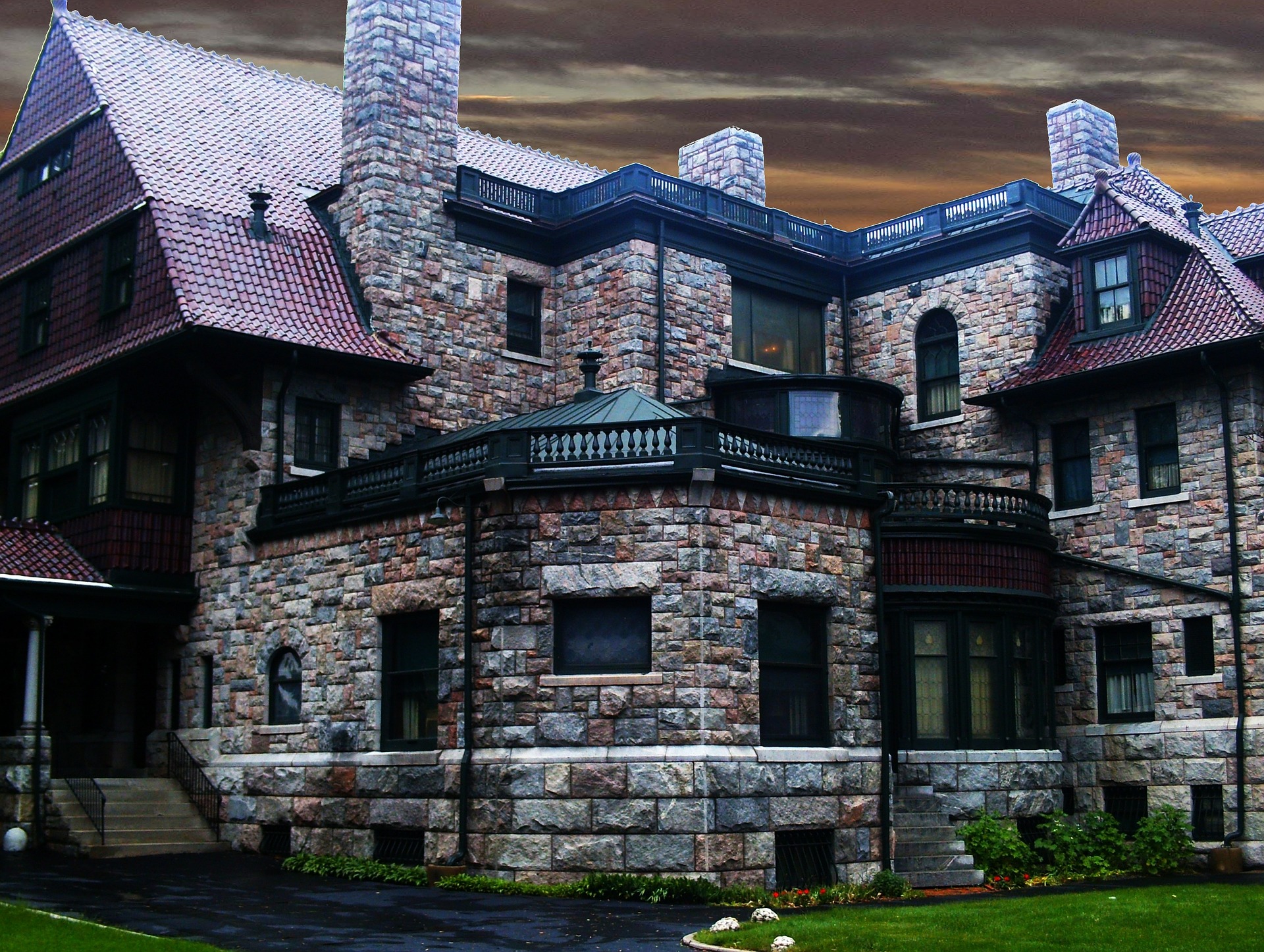 Taffer sat at a corner booth in the Silk Veil Inn, waiting to meet his contact. He wasn’t dressed for work at the moment. Thieves, it turns out, are unpopular people when they run around in public wearing black leather armor with boot black on their faces. You tend to stand out in a crowd looking like that.

So he was in his normal dress, looking like one of the common folk despite having had at several points in his life stolen enough money to buy the Inn and everyone in it more than once. But where’s the fun if you keep it all? Nobody lives forever, as they say. Besides, the linen shirt and knickers were more comfortable than he’d expected, and the doublet kept the chill of the night air out. The city of Kynesfort did have ways to heat its buildings, magical and mundane, but outside the cold wind cut through the spaces between the stone buildings like a scythe through wheat.

He’d been sitting there, sipping the good, dark beer of the Inn for over an hour before his contact came in. Theodard Grubb was a Halfling, and had been a damned fine thief before he’d lost a leg and had to take up his uncle’s mercantile business. Now he slid contracts to the Thieves’ Guild and, when he was feeling adventurous, independents like Taffer. Every now and again someone in the Guild would remember they had a brain, and realize certain jobs were suicide.

Taffer was another animal entirely. He reveled in the hunt, the challenge, the chase. Of course he preferred to be in and out with no one the wiser, but he was always looking for an opportunity to sharpen his skills. He would take almost any contract, and had only failed to deliver once, and that was only because Theodard himself had got there first.

The diminutive Halfling stomped over to Taffer’s table, pounding the beer soaked planks with his wooden leg, grumbling to himself as usual. He sat down roughly and sighed with relief. Walking on that peg made the calluses on his stump sore. Taffer whistled and motioned to a serving wench, pointing to his mug and holding up two fingers. She nodded, and he watched her walk away, wondering if it’d be worth the trouble to try making off with some other treasure tonight before the job.

“So, Taffer me boy!” Theodard began, grinning warmly at him. “How’ve we been, eh? Still keeping one step ahead of the Guild?”

The familiar, high pitched tone of his friend’s voice brought a smile to Taffer’s lips, and he replied, “Hah, more than one. Those oafs couldn’t find their own asses with both hands, a map, and a lantern.”

That got a good chuckle from Theodard, and the Halfling said, “Now, now, they have their uses, and they’re not all bad.”

Taffer nodded, rolling his eyes. “Oh yes, they have their uses. For safe, secure, sure-thing jobs with a minimal payout, and of course their service fee and a bit more skimmed off the top for good measure. But you’re not looking for someone who’ll only take a safe job. That’s why you’re talking to me right now and not some footpad from those idiots calling themselves thieves.”

The Halfling pulled a scroll out of his jerkin, alongside his reading glasses. Taffer was surprised. Glasses of any kind were hard to acquire, and expensive to make. Usually it involved magic, which was dangerous at the best of times. He was glad to see his former colleague doing so well.

Theodard coughed and unrolled the scroll, placing the glasses on his large, red nose. At that moment the serving wench sauntered over to their table with two large mugs of beer. Theo thanked her and took a long pull from his, while Taffer smiled up at the pretty, young brunette and winked. She giggled, covering her mouth with her hand, and ran off to serve some other customers. When he turned back to Theo, the Halfling was staring at him over the rim of his glasses, an unamused frown pulling on his full cheeks.

“Are you prepared to talk business, Taffer?” the little man huffed, “Or, are you going to continue your internal debate about the relative merits and difficulties of plundering booty?”

“I’m listening, Theo. Relax, have some beer, and tell me where you want me to go, and what you want liberated.”

“Right. Keep it that way. There are other independents out there, you know.”

“But none as good as me, is the other half of that sentence.”

Theo huffed, took a pull of beer, then leaned over the table, sliding the scroll where Taffer could see it. “This is a map of the estate of Vladimir Rhazien.”

“Shhh!” Theo hissed. “Keep your voice down! Yes, I know, but it isn’t common knowledge, and you and I aren’t supposed to know! So keep it to yourself!”

Taffer gave a nonchalant shake of the head and motioned the Halfling to continue his pitch, taking a sip of beer.

“Now, Lord Vladimir has an artefact of immense value in his possession. I would like to acquire said object.”

“Are you gonna tell me what it is, or just keep dancing around it?”

“Why, you impudent pup! If I were in my prime I’d still be thieving circles around you, and you damn well know it!”

“But you’re not, not anymore. Now you’re a crippled old Halfling merchant trying to convince people like me to do your thieving for you. So tell me what you want, and we’ll discuss if it’s worth my while.”

This was a bluff on Taffer’s part. He wouldn’t be refusing this job. His landlord had been on his back for a week now, and he’d already blown the sum from his last job on the finer things in life, like drink and whores. But there was no reason Theo had to know that, now was there?

For his part, Theo looked about to blow a gasket. His cheeks puffed up, his face got even redder than it had been when he’d arrived, and his great, bushy eyebrows met over his nose like thunderclouds over a cliff. He cocked back a fist, about to strike Taffer, then he stopped when he saw the glint of metal in Taffer’s hand.

The man had revealed a throwing knife he’d palmed, and from this distance he could hit Theo before the Halfling could land that blow. What’s more, Theo knew all this the second he saw the knife. He growled and put his hand down, grabbing his beer stein and taking a long pull.

“It’s a jewel,” he said, bitterness creeping into his voice as he was forced to admit that Taffer was right. He was just a crippled old Halfling merchant now, and if he wanted this heist to go off well, he needed Taffer’s help.

“This guy’s a vampire noble, probably a few hundred years old, Theo,” Taffer said. “He’s got to have tons of gems just lying around his estate. You have to give me more to go on. What’s it look like?”

“If you’d quit whining like a street urchin with an empty belly, I could tell you I have a drawing of it right here.” Theo slid another paper across the table.

Taffer picked it up in his callused hand and squinted at it in the light of the candle that stood in the middle of the table. He whistled when he worked out what he was looking at. It was just in simple ink, but it looked intricate. There was the central gem, yes, but twined around it were delicate looking swirls and whorls of what the margin notes said were silver and gold. There were also lesser gems worked into the designs of the precious metals. This thing had to be worth a fortune. It’d be under heavy guard, no doubt. At the top of the paper was a little scrawl that said, “The Eye of Ydzotl.”

“It is,” Theo responded. “It’s also worth more than your life. I have a few friends that have been into Vladimir’s estate before, and they gave me a map of the place, but nobody knows where The Eye is hidden. We assume it’s in his treasure horde, or in a secret room somewhere. Sorry I can’t give you more information, my boy, but that’s the way it is. Vampires tend to be tight lipped about their treasures.”

Taffer smirked. “Don’t worry. I can find it. And with a little luck they’ll never know I was there.”

“They’d better not. Nobody knows about this contract, and if Vladimir catches you, you’ll be dead faster than you can say, ‘Ghoul!’”

Taffer wrapped up the map and the picture of The Eye and put it into a pocket he’d sewn on the inside of his shirt. That cute brunette serving wench was coming their way again, and Theo had finished his beer, and was ordering another. They would go on to talk of old heists, the idiocy of the guild, and many other topics until Theo tired and made his way home. In the meantime, Taffer was still making eyes at that serving wench, and she responded in kind.

The wealth of the good Count Vladimir Rhazien could wait until the next night. Then he would have all the time in the world to prepare his equipment. For tonight, he was looking to have some fun with that wench, and there was just enough coin in his pocket to rent a room at the Inn for one night. I'm glad you're enjoying it, my dude! Hopefully the rest of the story is even more entertaining.

I think so lol. You won't hear me complaining, though!

I see what you did there!

I'm honestly glad people are getting the reference! It's just meant to be an homage, though. This guy is most definitely not Garrett, and that'll become clearer the further into his stories I'm able to get. But the Thief games are what inspired this lark of mine, so I figured I should give them a shout out in the story as well.

Get Paid For Your Comments 💰 🤑 https://steemit.com/steemit/@a-a-a/get-paid-for-your-comments

@jimfear138 Wow, I really enjoy this story. I really like.

Thanks! I appreciate that!

I appreciate it, and I'm glad you enjoyed the story! Hopefully you'll stick around and read some of the others I've got planned as well!