Gone are the days of monsters holding a village in fear, secure in their lairs, the biggest worry the occasional angry peasant mob rising up to pester them with torches and cries of being "abominations to God's creation".
The industrial revolution and electricity made humans far more dangerous and less fearful than they'd ever been. Inept mobs were replaced with trained police. Investigating detectives passed knowledge of weaknesses on to new generations of monster hunters...
There are not many monsters left in the world. Most people don't even believe in us at all! They think Hollywood just made us up to sell horror schlock films or... ugh... gaudy teen romance in some cases. Pitiful. -- Anon Guest

We call ourselves... fearlings. We live on the fears you create. We become that which you are afraid of. In more recent days, we have been cryptids, and slender men, and the poisoners of sweets for children. We have been the long-legged beasties crawling between the unobserved spaces. We have been the errant shadows in the corner of your eye late at night.

We do no harm. We wish to make that clear. We fearlings only feed on fear. There is no need to hurt or harm. You humans are very well versed in doing such things to and for yourselves. We have been unidentified flying objects, men in black, and yet the best yield we have ever had is from rustling in corn fields. We have never been the rapists at the bar, the stalkers in the night, nor the terrorists in the shadows. Humans are far too good at doing those things already. After all, we are the things that do not truly exist.

Yet we are... dwindling.

You know more of the world, and have less fears. There is little to feed us and less to be. The more you know, the less we are. Do not feel pity, that will make us less. Instead... fear those who choose not to learn.

Those who believe in lizard people, in global conspiracies to ruin their fun. Those who honestly believe that big government is destroying their livelihood and big pharma wants to make every child autistic. We love those people. They are afraid of so much that doesn't exist.

Would living at amusement parks and in those haunted house and escape room things work for those little fearlings or do they need that real visceral fear?

This is a pretty good creepypasta XD

The only thing missing is the absolute gobs of typoes. 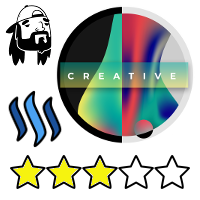