I knew it was futile to ask, it’s nearly impossible for someone like me. But I needed to know, to clear the doubt in my mind, so I can push forward. With a shaken voice I asked, “I can be a hero too, right?” -- Anon Guest

The Great Golden Leader looked down at me, cloak and hair flowing in the wind. She was a vision of muscular perfection and might. Her magnificent dark skin marred slightly by a few battle-scars. Her armour gleamed. "You?" She said. "You are not only small, but you are a farmer. You are destined for no more than turnips and pigs."

Certainly, they had their worth. The armies of heroes needed their food. They needed their rations of ham and bacon and pork. They needed their turnips and flour and oats. They needed farmers to feed the heroes and keep the realm safe. That was the way things were, and the way they would always remain. They all believed they were right in this belief and, in my defence, I believed it too. Then the pox hit.

Unlike most plagues, it hit the strong and healthy the hardest. It laid waste to entire regiments of Heroes. It left vast tracts of farmland vulnerable to the attacking forces, though they were sick with the pox, too. Many farms were razed. And mine, too.

I still don't know what made me do it. What caused me to grab the axe from the wood-heap and swing it at an invader, but I did. I remember being shocked that a common axe could split a warrior's head as easily as it split the logs I used for cooking my dinner. Then there was another invader and I swung again.

Again and again, I was shocked that an axe could be as good as a sword. Another farmer was using their pitchfork. A goodwife was laying waste to the invading enemy with a stone rolling pin. She had her baby in one arm and was swinging wildly. In the next instant, the invaders were dead, and so were a great many farmers. I had blood on me from head to toe. A grip on the axe handle so tight that my hand had cramped on the handle.

Then we did what we had always done. Buried our dead and fed the enemies to the pigs... but this time we took any unbroken armour for ourselves. There were no heroes left to take it or use it, and we were the only ones left.

What amazed me over the next few weeks was how easy it was for us to subsequently defend ourselves after we had the stolen weapons and armour. Now that we were no longer feeding so many Heroes, we could have full bellies in the evening. We grew stronger. We started defending other villages.

We became heroes... and taught others how to become heroes.

I still raise pigs and grow turnips. The only difference now is that I also protect them and everything I love. Teaching all the other farmers how to protect themselves.

We can all be heroes.

Send me a prompt [59 remaining prompts!] 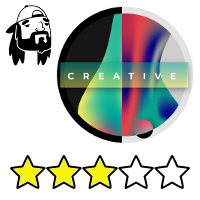