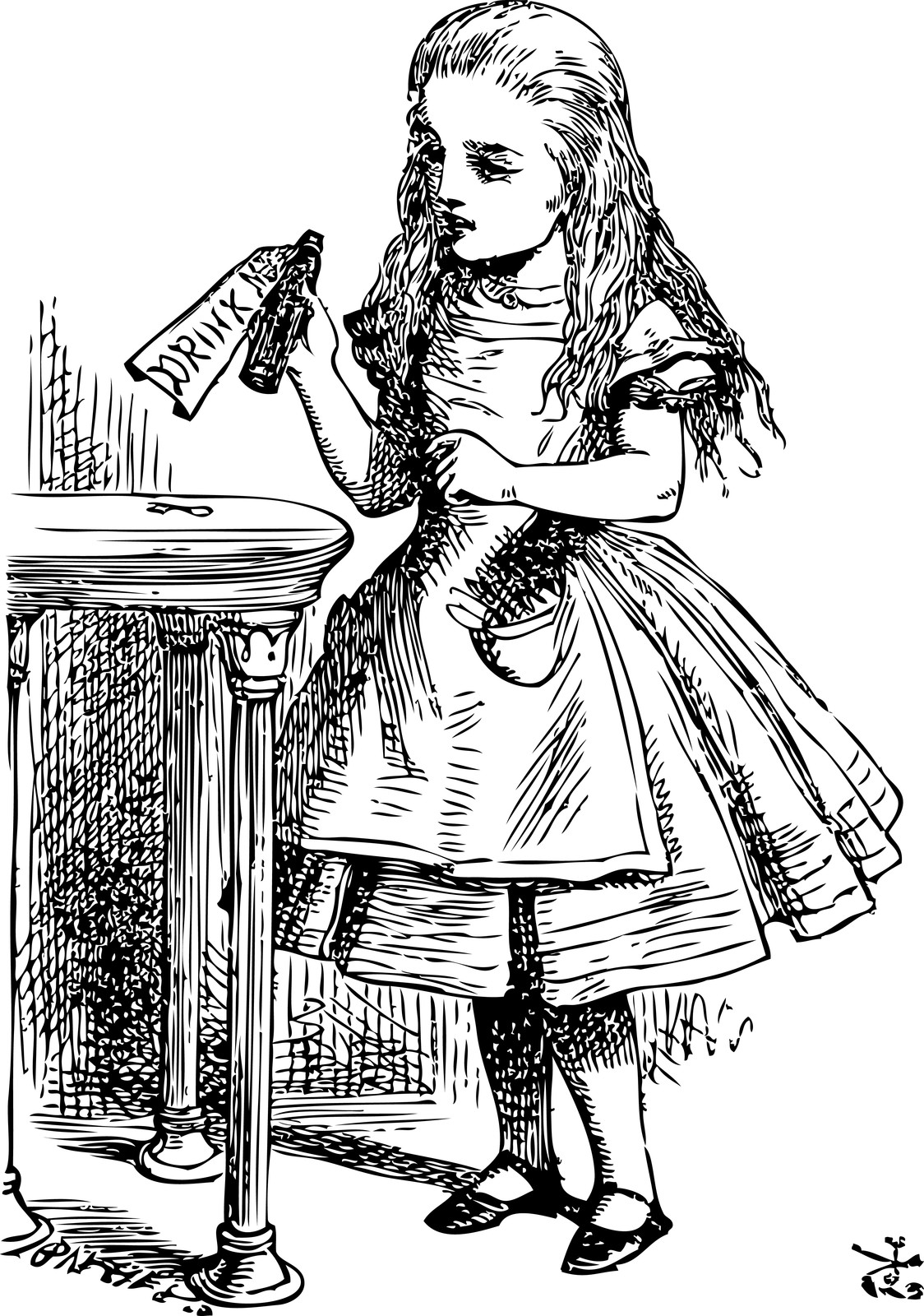 The lines of reality cross and a childhood print character is in our world. -- Anon Guest

Be careful what you wish for, they say. They know what they are saying. They've had to fight this sort of thing before.

But nevertheless, now that magic has returned to the world, some wishes have power. Some words are uttered in full faith. At the right time. On the right leylines. With the correct pose. On the correct night.

And a lonely child in the middle of nowhere gets her favourite storybook character come to life out of the pages. It could have been Spot the dog. Or the Cat in the Hat. Or the Lorax. Or tubby little puppy. But this kid was lonely for a reason, because they just adored Lewis Carol.

"Contrariwise," said Alice, just the right size for Maddie's play tea set. "One might also suppose that it's the other children who are peculiar and not yourself. I've often found it most confounding what some people might consider normal."

"Exactly," said Maddie. "If everyone decided to wear a cod's head tomorrow, that would be the new mundane, and everyone who resisted would be peculiar."

"Indeed," said Alice. "Therefore it is only the truly brave and astounding who dare to be themselves, whether or not that is considered peculiar."

"Contrariwise," said Maddie. "I could argue that the people who are themselves when it's normal are less brave and astounding than the ones who aren't."

Looking on over this restrained and logical play, the assembled Librarians fought with themselves. There was a problem, here. They knew that. But... they couldn't bring themselves to solve it. And destroy the only friend a bookish and weird little girl could truly have.

Ezekiel Jones finally said it. "She's going to be one of us, one day. Admit it."

Cassandra sighed and said, "Yeah. Gotta admit. This was one of my childhood dreams."

Stone, who had possession of the banishment artifact, lowered it for the fifth time. "I can't do it. I can't make this kid lonely again. Their only friend is a story. That's heartbreaking."

"Maybe if we tried to explain it to them?"

Which resulted in three grown-ass adults having a tea party with Alice of Wonderland, Maddie Stokes, and enough logic to turn all their brains inside-out.

And no clear victor.