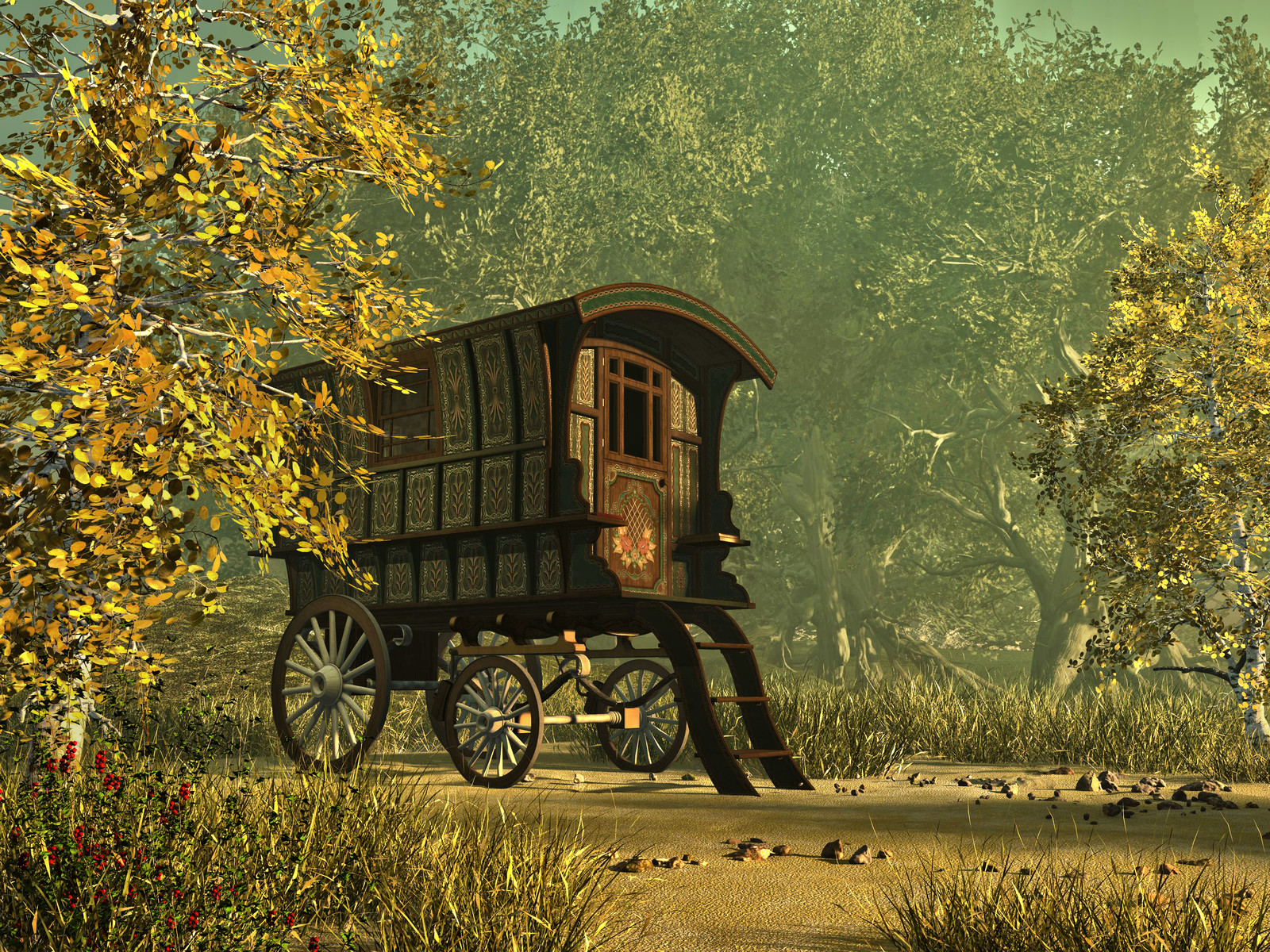 There are only so many fates when you're an orphan, and Krop figured he was one of the luckier ones. Sold to a travelling show as a crewman's prentice. The food was a great deal better than orphanage food, but you could say that about any food outside of an orphanage or a monastery. In one, the meals were bland and austere because the monks took a vow of poverty. In the other, the meals were bland, austere, and cold because the people who gave to the people in need didn't believe in wasting anything on the poor. Even heat.

So after a literal lifetime of cold, sour gruel and a plank for a bed and a horsehair blanket, Krop was insanely grateful for warm porridge and small ale and a nest in the prop cart made out of spare quilts and a net made to keep things near the ceiling. And all Krop had to do was be useful in small ways.

Every morning after the breakfast, Krop would tail after the camp chef and help scrub the big cauldron that had previously held the porridge. Krop was, after all, small enough to get all the way inside and get at all the stains. The pot had never been cleaner, and everyone in the train was grateful for that. No more episodes of gut worms. Krop would gather faggots[1] and kindling for the next fire, and fill his pockets with little things he found that looked kind of useful.

Krop would help everyone, and in little ways. The actors taught her how to read so she could help them with her lines. The wizard taught her useful little spells. And taught her how more things could be useful. Certain mushrooms were deadly, it was true, but if you did different things to them, you could turn them into useful things. Like ink, dye, or a powder that burned with a coloured flame.

Krop had the most fun helping the wizard make their coloured candles with their coloured flames. She learned to defend her body and honour from the tourneymen, and gloried in beating the hell out of them with their boffer swords. A fact that even the strong man laughed at.

"Fear the small ones," he would chuckle. "They have a world's worth of anger in their tiny, tiny hearts." And then he would play at wrestling with her. Teaching her how to toss around someone four times her size.

She learned herbs and physic from the troop cleric. How the blessings of nature could cure in small amounts, but kill in others. For the villages they visited, she was the Camp Witch, but witchery is just knowing a few more things than most people would accept.

Krop learned little things from everyone. And in her spare time, she fixed. Mending torn costumes. Re-painting marred scenery. Re-making or repairing broken props. Copying faded cantos by the light of a storm lantern. Her days were full. Her meals were plenty, and life was good.

And when the census came to make her known to the King, Krop was lost as to how to list her profession. She explained everything she did, though not in detail. And when she had to put it like that, all at once, she sounded like she was too busy to live.

But it was that day that she learned what her profession and her name was. Helpmeet. Someone you meet who can help. Someone who can do a little bit of anything at all. And she'd learned it in drops. Here and there. Scrap by useful scrap. Just like the discoveries she brought back to the wizard for another dose of education care of the wizard's enthusiasm for all things in potentia.

In time, she grew out of being able to fit into the big cauldron, but that never stopped her being thorough about cleaning it. She was never strong enough to hold up a wagon that had shed a wheel, but she knew about levers, wynches, and other clever ways to lift things heavier than she was. She was neither wizard nor cleric nor witch, but she knew enough of each profession to do a remarkable impersonation. She never birthed a child, but she was mother to everyone else's. Including an orphan she picked up from an orphanage they passed and took in as her own.

"You can have my name if you like it," she told the grubby, scrawny thing as she gave the child their first hot bath inside their lifetime to date. "Or find your own. It's no bad thing to be a Helpmeet. You'll see." And saw to it that this little one learned everything they could keep inside their head.

A life of being useful was a damn sight better than having a purpose, Krop reckoned. It was certainly better than aimlessly following along because that was all that was there.

[1] Historical Accuracy Factoid: Before it was a slur, that word was used instead of the phrase "A bundle of sticks".