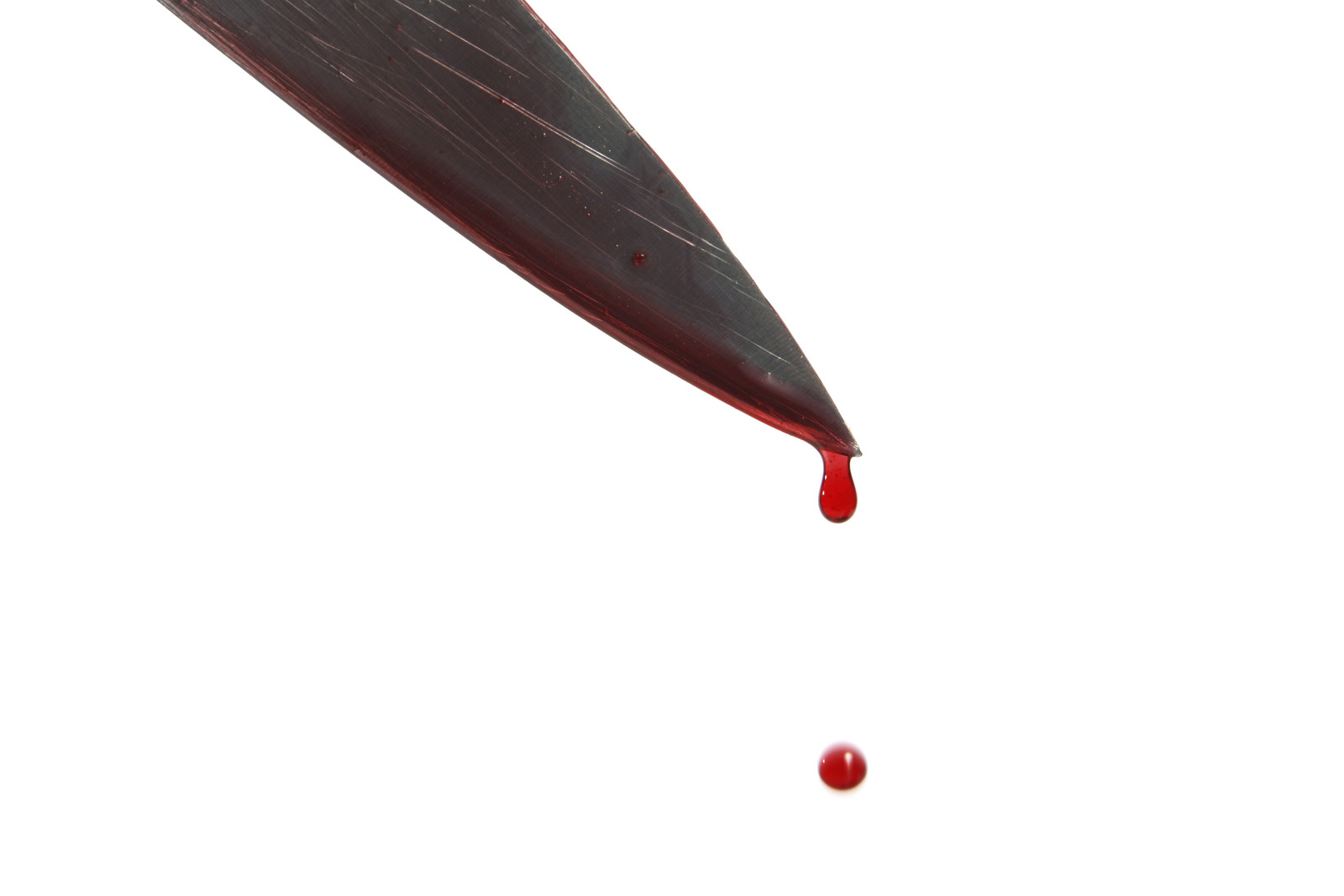 Sometimes, to start something new, you have to end someone. -- WriteFmtheHeart

[AN: Offensensitivity warning for domestic abuse]

So she turned, and stretched out the arm holding the knife. No time to think. No time for finesse. He had his hand up to punch her in the ear again, so he didn't expect the blade. Nothing clever. Nothing smart. He often said she was too stupid to try anything smart. So she didn't.

The sharp knife went into his chest like he was made of softened butter. It came out when he punched her in the ear anyway. Left her without balance enough to stay upright, and without hearing on that side. She fell and stayed down like a good girl. Barely hearing a word that came out of his mouth.

It was the same routine, anyway. You're too stupid to get it right, why do I bother feeding you, if you weren't such a good fuck you'd be out on the streets, how dare you get yourself pregnant again without my permission, you know I always wear a condom, were you sleeping around on me you whore?

And then something weird happened. The foam that usually fell from his lips at this point in the dance started falling to the floor pink. She stared in dismay at the little pink bubbles as they merged and popped. Dared look up at him in confusion as the pink foam came out of his mouth instead of generating at the corners of his mouth.

His last words were, "What did you do to me, you fucking bitch?"

And then he was dead. She spent a good twenty minutes just screaming. Howling. Crying her eyes out and wetting herself in terror. Either because he was dead or because he might wake up and hurt her again. She flinched when the landlord came in. Protested when he put a coat around her shoulders and called for the ambulance and police. Who took in her recent wounds and the scene before them, and then took in Tracy. Took her away from what she had done.

There never was such a clear-cut case.

She even tried to confess. Tell the whole story. But only one sound bite made it to viral fame. Her tear-streaked and bloodied face as the cameras swooped at her. Staring at nothing and murmuring, "I didn't wanna birth another dead baby."

It was hot news for a time. The abused wife who loved her husband. The man who bragged about taking the condom off to his coworkers. Who said he knew every secret to 'keeping his woman'. The endless miscarriages and hospital visits. Each with a different clinic, hospital, or medical caregiver. None of them linked up by the overworked people in authority.

She had wanted a baby by her husband for all their years of marriage. Ever since they were high school sweethearts. It was just that now, after he was dead, this one was allowed to come to term. To not suffer enough prenatal damage to actually be born alive.

It was a little girl and Tracy doted on her. She kept to everything she needed and tried to be sensible about the rest. But she couldn't help thinking.

There must be other girls like her. Other women who were trapped. Other people who needed a way out. Other women knew other men who would take the condom off and then blame the woman for getting pregnant.

Tracy started using her survivor status and her funds money to campaign for things. Educate the men and the boys about what was okay and what was not. Give those who were struggling a means to be noticed. To put a stop to what she went through.

She put everything into it. Her money, her time, and all of her passion.

Men everywhere hated it. She had to hire bodyguards for herself and her tiny little girl, just starting grade school. She had FBI agents in her house every other week. She had angry men ranting about the loss of their rights and the dismantling of male culture and how she was really a fraud and blaming her for needing bodyguards in the first place.

Tracy posted their death threats on her site, filed under Reasons Why This Exists. And soldiered on. She had spent twenty years with a man like those men. She knew she could cut them like butter. She knew she would never be driven that low again, never feel that fear again.

As for her daughter... that was another reason. Because every girl deserved to grow up without ever being afraid of other people.

thanks for the post, I looked it up and see a beautiful photo that all residents of steemit will support, and right away I write to you my joy, that there are good people, thank you very much.