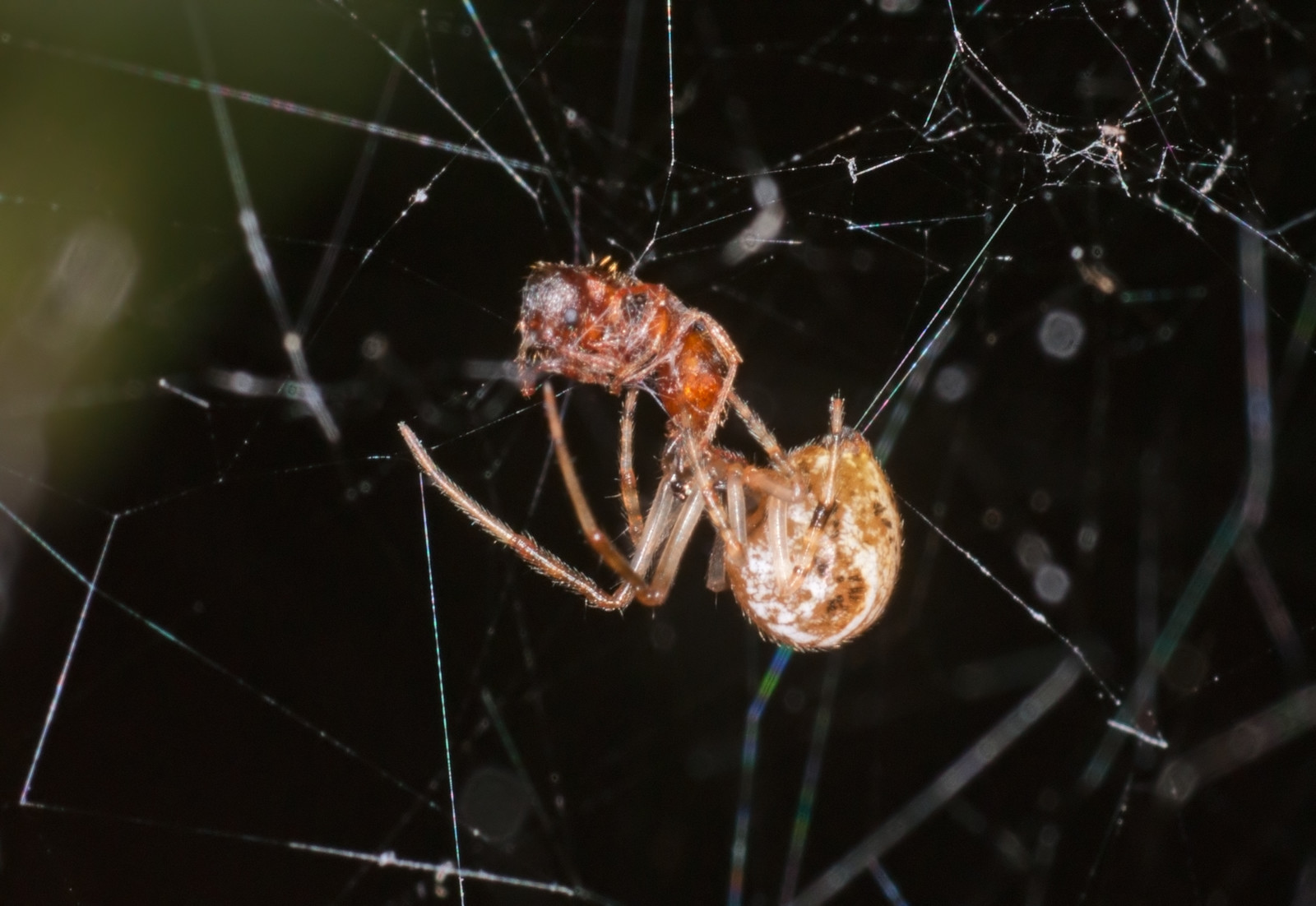 You need a great amount of arachnophilia to deal with the H'nuff'ruff. The mere sight of having a gigantic spider sneak up on one is not for the faint of heart. Fortunately, Sally thought they were cute, and wore a speech-to-palp-sign translator almost permanently on her brow. She also had a palp-sign-to-text translator permanently running on her eyescreen.

So she definitely did not jump when tapped delicately on the shoulder by a claw attached to a gigantic, hairy, spider arm. She even knew who it was. "Yes, Filestra?" That was not, strictly speaking, her name, but it was as close as she can get.

"Human Sally, I have found a baby," said Filestra via the translator app. Another raised limb had a very small spider dangling from its own thread. "It needs medical care, it's so tiny."

Oh boy. "That one's not a cogniscent," she said, quickly printing a habitat for the little creature. It would cost her some Hours, but it was worth it. "That one's a terran spider. We call these little darlings Money Spiders. They're good luck." Habitat printed, Sally captured it inside and secured the lid. "This little one is actually fully grown. I think they eat gnats and other small insects."

"Fascinating," Filestra peered closely into the habitat box with two of her larger eyes. "Will you keep it as a pet, or... can I?"

"I think it's wonderful," Filestra cooed. Or as close to cooing as she could get. "Such a pretty baby."