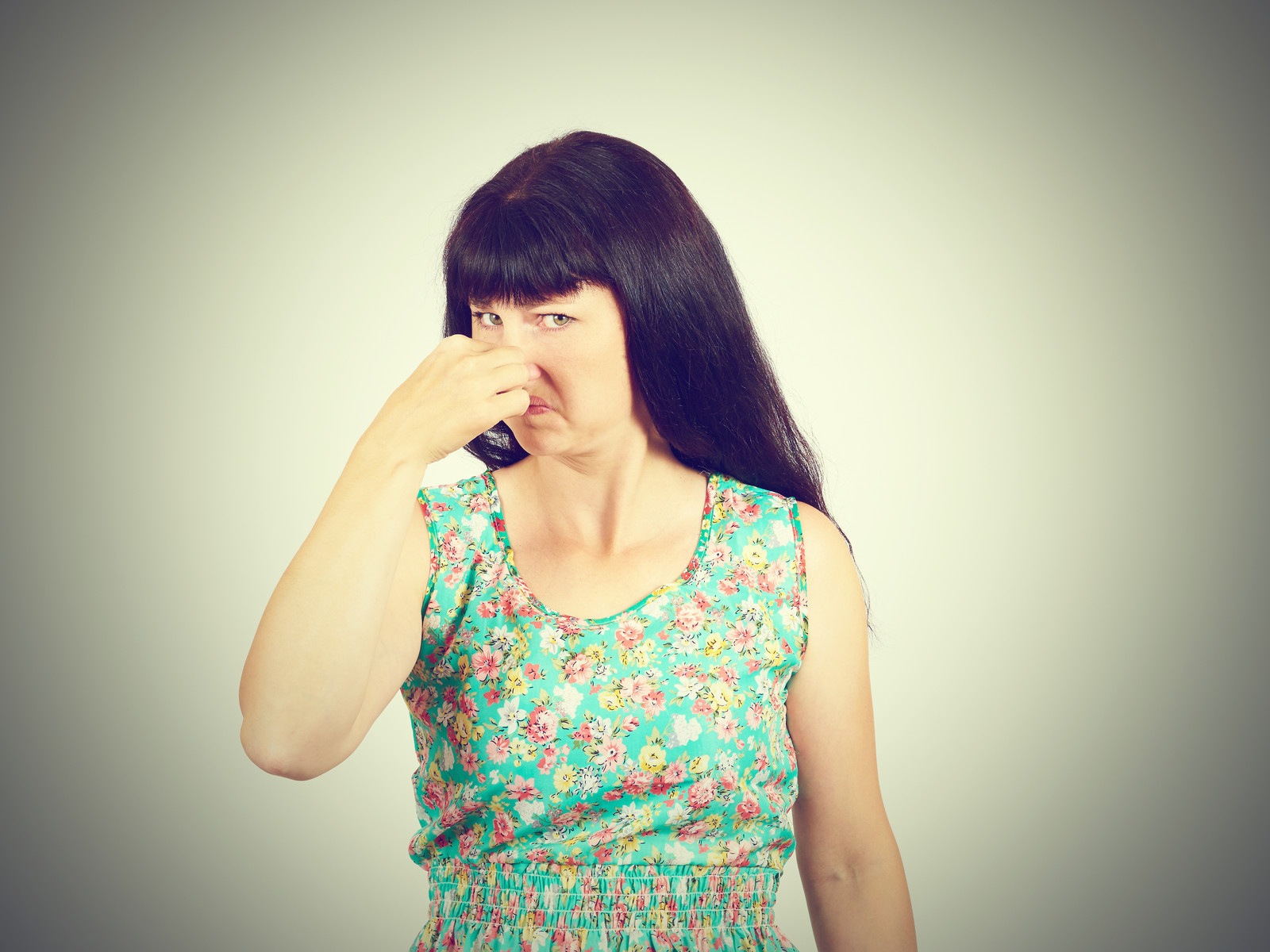 Imagine a race of Aliens who communicate through scent like humans communicate through body language. So when they run into us they're terrified of this species that likes to coat itself in the equivalent of 'Berserker Rage'. And when we DO stop wearing 'perfume/cologne' we're so 'blank' to them that they'd almost prefer the emotional screaming again. -- Anon Guest

They could communicate with dancing hands, and that was well and good. It wasn't until they attempted in-atmosphere communication that things went sour. Or, more accurately, stinky.

The human crew had joked that Davies could start a war with his cologne. This time, it almost came true.

When all was certified clear, he unlatched his livesuit helmet and spoke. "My name is Lieutenant Axis Davies. We are humans, and we speak with sound." Which caused the Tor'raxi opposite to go into flailing fits.

They explained via sign and pantomime that they communicated with smell, and Davies' cologne was speaking louder than Davies ever could. What it screamed, for those taking an interest, was: WAR! MATE! FIGHT! Which, though it encapsulated the general attitude of humans, was not the best first impression in the Alliance.

Peace negotiations happened on opposite sides of a thick, clear barrier, and via translators who could perform both language sets. Helped with more than a little technology on both ends.

In an attempt to placate, the humans scrubbed themselves clean of all possible scents before attempting a second first meeting. And things... still did not go well.

Humans do not communicate with scent, and their bodies are, at least to the Tor'raxi, bland, blank, and almost invisible. The Tor'raxi were constantly changing their odours in all kinds of scent. Including lots that the humans found unpleasant.

Some species just don't get along. The Tor'raxi sign for 'human' became a portmenteau of 'nose' and 'empty'. Humans did their best with speech-to-scent translators... but ultimately, they just kept their distance until they had to interact.

Send me a prompt [16! remaining prompts!]