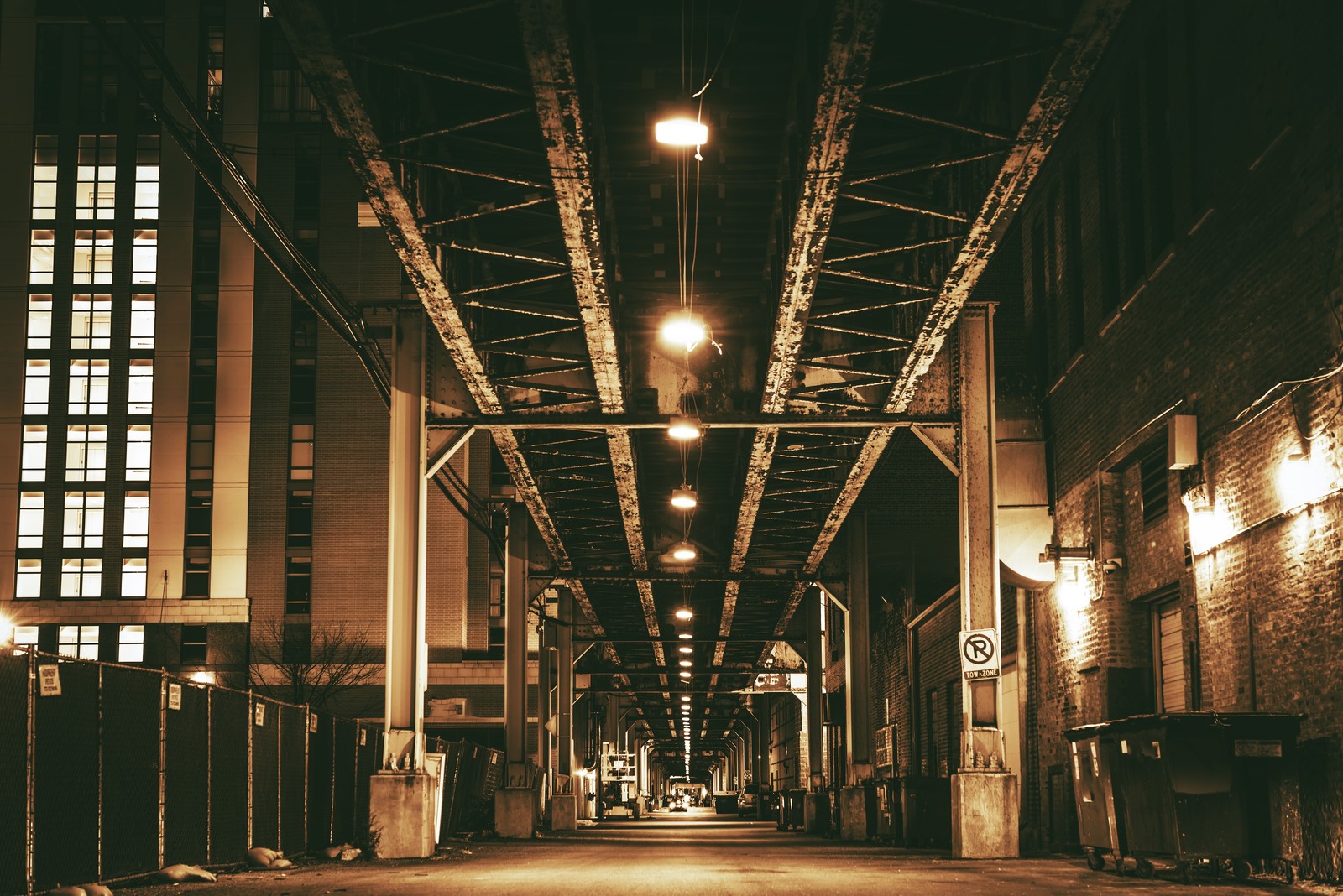 They called them "The Ladies from Hell" the bravest one was not carrying a weapon but a musical instrument. -- Knitnan

Revolution comes in many forms. A poisoned chalice. A coup detat. Violence in the streets. Quiet murder in between the sheets. This one began with an infant daughter, wailing in her mother's arms, and an urgent flight into the night.

Twenty women before her had borne that man daughters. And twenty women and their daughters had died the next day. Ralin risked both their lives in order to spare them. Still bleeding from the afterbirth. Still weak from her efforts, she ran. Away from the plush estates. Away from the lap of luxury. Deep into the realms where nobody would look twice at another hungry woman with an infant to feed.

The streetwalker who discovered the scene wrapped Ralin up in a ludicrous fluffy coat and escorted her away from it. Made Ralin at home in the dingy little pit she called a flat. Cooed over the baby and looked after them both when Ralin fell sick.

Ralin told her story, and a revolution was born. It came out of the runaways who didn't want to be some old man's cure for venereal disease[2]. Out of the streetwalkers who had had enough of their pimps. Out of the lost souls who thought they had to pretend to be men in order to survive. Out of those who were forced to pretend to be women. It especially came out of Ralin and other runaways like her who did not want to die because their husbands fathered a daughter.

But it was Ralin who lead them. Ralin who researched and found forgotten, underground byways. Ralin, who always had an escape plan for everything. Ralin, the ex-streetwalker Sugarloaf, and their baby Sunshine.

It took the authorities years to realise what was going on. How certain types of men, all with illustrious careers and promising futures and friends who told people what a cool guy he was, went missing or were found months later with their penises cut off. How a few escaped involuntary castration. By the time the authorities put it all together, it was far too late.

They never knew it was Ralin, playing her woodwind for pennies, who was the one who marked those special men for death. The men who thought there were no consequences. The men who believed that there was nothing wrong with a little force. The ones who wanted a son so hard that they would kill their wives and daughters without a thought... all those men died.

And many were never found.

The women from hell always had a weapon. A knife. A knuckleduster. A shiv. A broken bottle. A pair of rusted shears. They walked the streets without fear, hunting those who normally caused it. For every woman they saved, the army grew. They raided the well-off mansions to rescue pregnant wives. They raided and then burned the body farms, where the market for women's flesh -alive or not- was always filled.

They went after the ones who espoused more violence against the women who were already fighting for their lives.

For those, Ralin turned up in person. Crept into their bedrooms so silently that she might as well be working on air. Woke them with a melody from her instrument.

"I heard you want to hit me," she would say, and stab him in the stomach with it. "Go ahead." Stab. Just like the first time she ever did it. "Try."

By the time he got up, he was already bleeding out. He couldn't land a single punch. And she would keep stabbing for as long as he kept swinging. And the body would be found, face down, in a pool of his own blood.

The sons that were born to the runaway brides were taught different ways. Respect for their fellow living being. How to fight off violence. When to escalate. How to de-escalate. How to give and receive love. How to nurture. How to cry.

It was a long and bloody revolt. That was true. The fading flags of the past accused them of being worse than that which they sought to wipe out. But when it was wiped out, eliminated to a few sad exhibits in zoos for others to stare at and roll their eyes at the foaming ranting, when they were either safe or gone, the violence stopped.

There was no need for it, any more.

Sunshine was old by the time it finally happened. She had taken up her mother's instrument, but she never needed to bloody its sharp end. She simply raised it, and played.

Played for her grandchildren, who would never fear and never want.

[1]: Yes, of course you may speculate on the nature of the world's most hazardous wind instrument. I welcome input.

[2]: The one about sex with a virgin curing whatever STD is the current horror is probably as old as STD's. It was rife in the era of Syphilis, it cropped up again in the age of AIDS. It's one of those gems that just will not die.