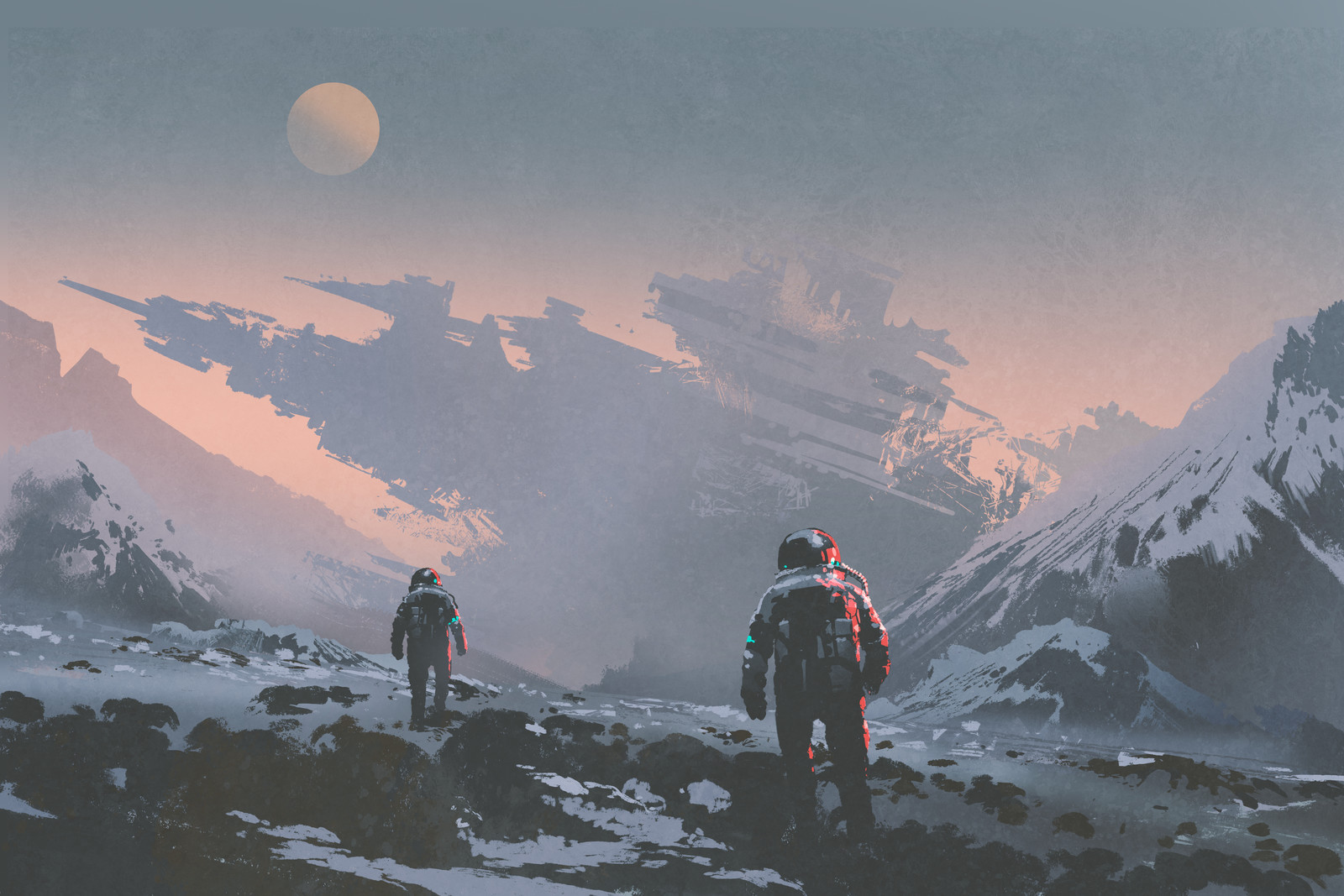 Doctor Disco sighed. Clever, he enjoyed dealing with. Idiots were even more fun to be had. But an enemy with a single goal, moderate leadership intentions, and an analytical plan that still got bollixed up annoyed him no end. -- Fliss

It was days like this when it was difficult to tell who the real enemy was. He usually preferred siding with the ones who tried not to kill. Which, unfortunately, were not the humans, this time. The other side were the natives, using whatever means they could to stop the invaders without any further harm.

And hadn't this scenario played out a million times in history all over the universe?

He did his part. Trying to convince the humans to slow up on their advancements. Taking the natives' side in an argument about whether or not the mission had the correct goals. And, when all else failed, actively sabotaging the machinery until he got caught. And reminded that the people with the best guns usually wind up writing history. Nevertheless, he still tried to negotiate, "You don't have to solve all of this with death," he said.

"Well," said Commander Telaris, "My bosses seem to want to. I either meet my deadlines or they become my death lines."

"Force isn't necessary," said the Doctor. "The people here are just trying to stop you destroying their homes and farms. We can negotiate."

Commander Telaris eyed the big, red button again. It could theoretically wipe out all planet-side life within a devastating radius. "I don't want to be remembered as a genocidal commander, not matter what," she sighed. "Let's negotiate. It has to be worth it."

And then there were moments like this. Rare, rational moments, where the people in charge considered the means as well as the ends, and found the balance weighed there wanting. The Doctor breathed a sigh of relief. "You can come out, Galrex."

A panel of the wall popped off and a native, presumably Galrex, emerged. They wore a simple, homespun shift and a belt made out of insect carapaces. Just like their sandals were originally a different insect. Thanks to the TARDIS being present, she could be understood. "We never meant harm," she said. "We just want to live."

Commander Telaris nodded. "That's understood. My bosses want access to your Valerite." At Galrex's blank look, Telaris produced some rocks in a sample container. "These stones. Most of your villages are built on top of large deposits of it."

"Can you not dig crosswise?" Galrex traced a diagonal line in the air to demonstrate what she meant.

"That ability is lost to us. My people dig down and blow up."

"We will help you," said Galrex.

The Doctor smiled and edged out of everyone's awareness. They had it now. They could move forward without any further harm. And maybe change the way that humanity did things. Not that he expected very much of a change. But he could still hope.

Send me a prompt [19 remaining prompts!]