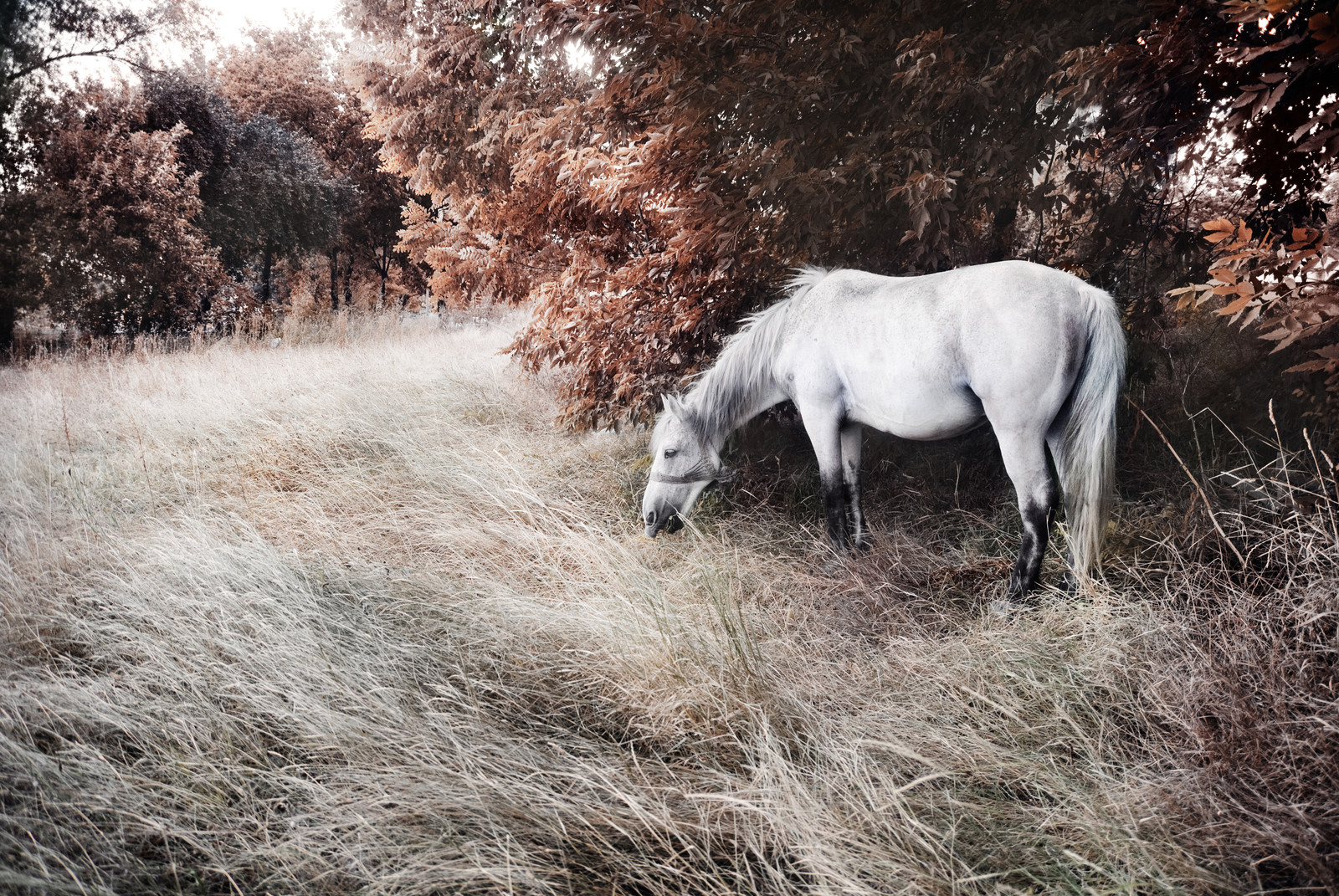 Pookas. Referencing "Harvey" the original and the best. Shadye and a Pooka -- Anon Guest

The foothills of the headlands. Headed into Enchanted Grounds. Civilisation tried to stay away from places like this. The walls between the worlds grew thin, and all kinds of eldritch beings emerged, with their eyes set on the hearts and minds of man.

They don't mind snacking on eyeballs, lungs, and intestines, either.

The captured demon, who could see things that mere mortals could not, squinted at the wild woods. "Aye, tha's mucked up," she said. She smiled for Podlo, the squire, and added, "It's awreet. Most of it's visual interference. Will o' th' wisps. Phantoms. Echoes from another reality."

As if to prove her words, twin lanterns emerged from the woods at high speed, zoomed straight through them, and carried on up a hill that wasn't there. Then they disappeared without a trace. "Speed demons!" Podlo cried.

"Probably one," said the demon Shayde. "Those were 'is headlights."

"A head with eyes that wide?" boggled Podlo.

"Cease your babble, both of you," said the Hero Klighar. "Wizard, cast your enchantments. We must have protection on our way to the Castle of Doom."

Shayde said, "Eat none o' the food you find. Talk tae nobody but us. Trust not yer eyes." She chafed against the magical bindings that kept her shadow powers in check.

"What do we trust?" whispered Podlo as the Wizard Frass drew his runes and said unintelligible words.

"Faith," said Shayde. "Those that would do evil hate the devout. And cannae harm them."

The Wizard Frass finished his work, and the went forth into the shrouding darkness. Podlo began singing hymns to drown out the shrieking. Walked behind Shayde with his eyes closed and his hand holding on to her simple rope belt.

Thus they went for two days. Relying on Shayde's ability to see the Truth more than they ever had. She safely kept them away from any hazard that their eyes saw as perfectly safe. It was on the third night, or almost thereafter, the Hero Klighar found a miracle.

"Astounding white chargers! Four of them. Just as there are four of us. Tame as dogs and mild as milk," he said, for once waxing poetic. But there was little that that man loved more than horses.

"Aw, yer even countin' me," cooed Shayde. "Sweet o' ye. And where are these horses?"

He lead them into camp. They were beautiful, but Shayde's glowing eyes flashed red for just a moment. "Horses," she said. "Aye." She stood and produced an apple out of nowhere. "Which one o' ye'd like an apple?"

All four magnificent steeds said, "Me!"

Shayde glared at the Hero Klighar. "Ye found Pookas. They'd've got us more lost than found. What next? Kelpies?"

"Spoilsport," muttered one of the horses.

Send me a prompt [10 remaining prompts!] PLEASE leave a prompt!