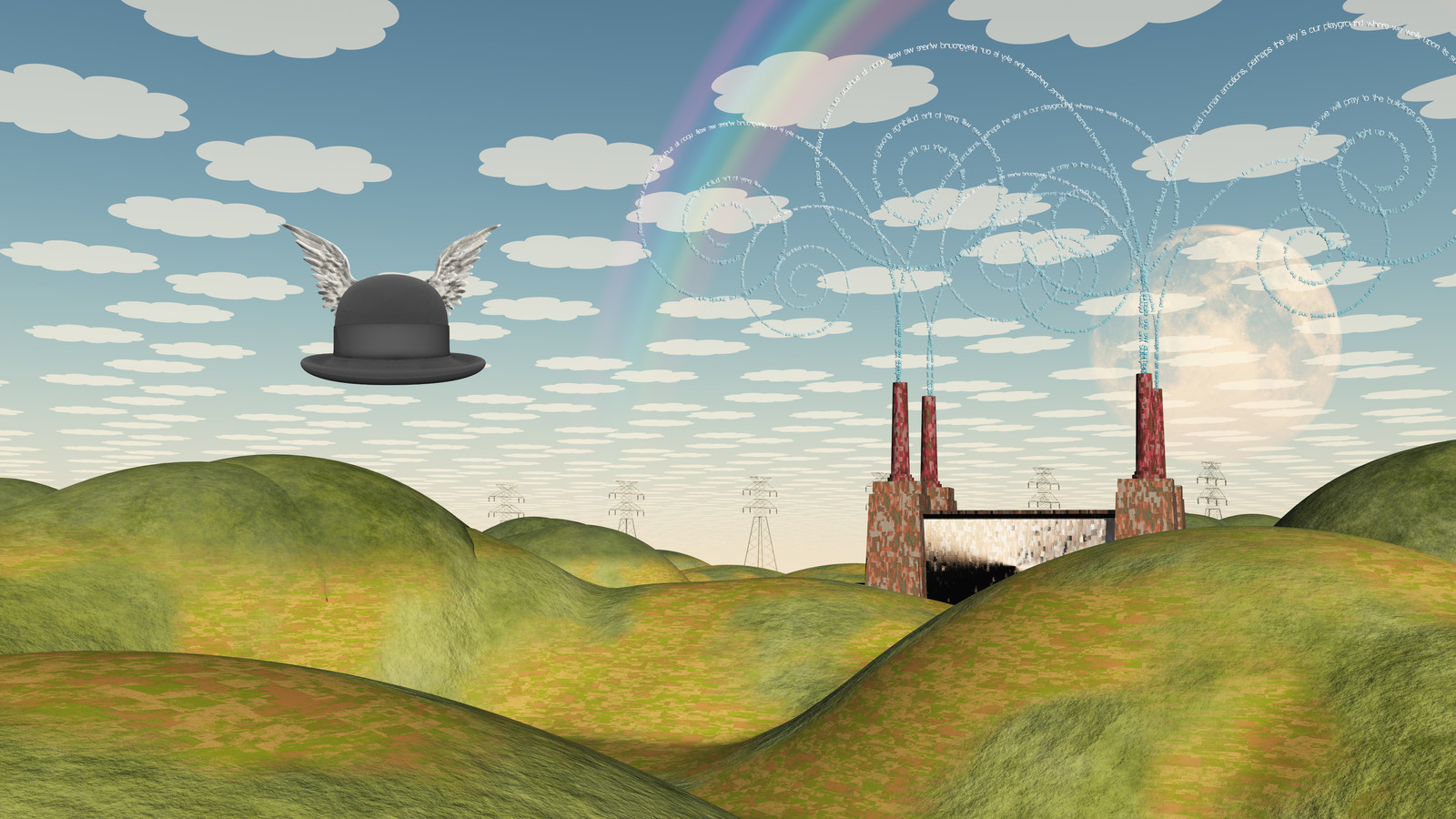 Having avatars be cool things can lead to odd circumstances:
Our best diplomat is a KHORNE BERSERKER! Our sane and reasonable authority figure is a SITH LORD! And our moral compass is PSYCHO MANTIS! WHAT THE HELL IS WRONG WITH YOU PEOPLE!
(Person saying this has a Dalek avatar...)
(Now imagine this, not on a normal forum where the avatar is a small image, but in an immersive virtual environment) -- RecklessPrudence

People get the wrong impression about Greater Deregulation South-Southwest. First, they assume that it's another polluted, overpopulated hole with sick residents and the elite both distant and uncaring. Then they see a plethora of green forests and clusters of blank, grey buildings and assume a rigid regime of strict population control and authoritarian restriction of literally everything that the common throng do.

Nothing could be further from the truth.

Greater Deregulation South-Southwest has almost its entire population in Virtual Reality. It's much cheaper than building real entertainment venues, and is kinder on the environment. In order to ensure that the populace don't become shiftless blobs, the government maintains a watch on every citizen's health, and adjusts their activity and nutrition suites accordingly. Therefore it should have been no surprise that the representatives of the Cogniscent Rights Committee were greeted by a telepresence machine before they were ushered into personal Virtual Reality Booths.

What the locals call the Real World is presented on eyescreens, heard through earbugs, and felt through full-body haptic suits. Ability aids make sure that everyone can feel like they're walking, running, or even flying if the game world decrees it. There's no reason for hate, little logic to greed. And everything to make food is farmed underground, so that the forests could recover from the ruin that the greedy had once made of it.

This was one of the ones where a revolution had happened. Or someone realised that restoring the planet made more money than ruining it.

As technically-Ambassadors, they had full reign of mods and appearance choices. It took hours for all of them to make it to the Loading Lobby.

Committee Representative Britney Plethton, who had ironically chosen to 'wear' a Dalek, looked around at her fellow representatives. "WHAT-IS-WRONG-WITH-YOU-PEOPLE?" she demanded.

Representative Sklath had chosen the monster from Revenge of the Son of the Bride of the Monster From Earth. Replete with completely unconvincing rubber mask. "I thought it would be funny."

"Like you should talk," said Chief Negotiator Kevin. Currently Darth Maul. "You're a flakkin' Dalek."

"And Vrixos is a were-mer-vampire," Sklath pointed in her direction. "Either we all go back and change, or we hope that everyone else gets the joke."

To late. They entered the wider virtual world. Into absolute dada-surrealist chaos.