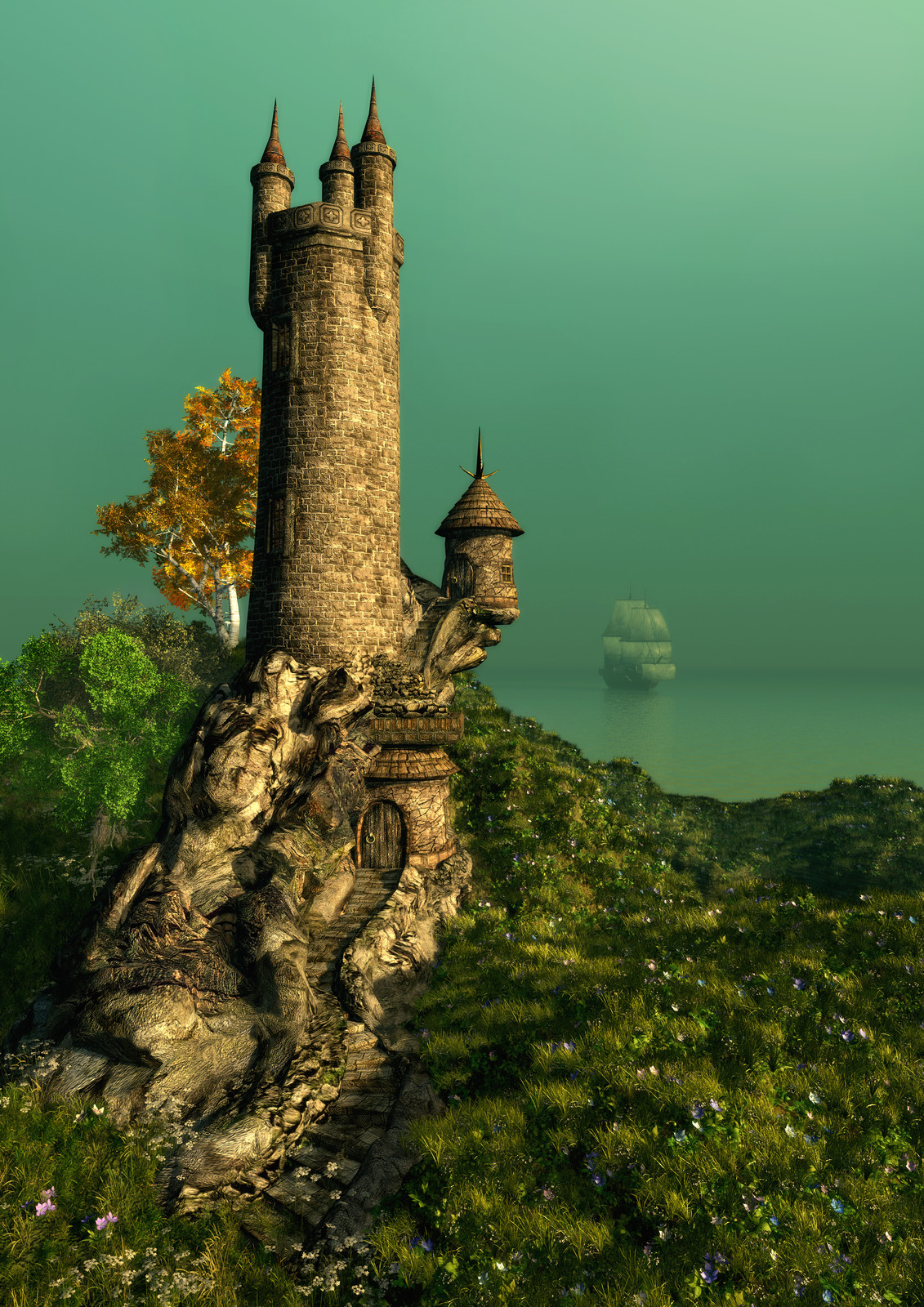 [Asked to apprentice under a powerful, but poor, magic-user - their response]
[Mage]: Hm... Okay, but I can only pay you in unimaginable power.
[Prospective Apprentice]: That works. -- RecklessPrudence

The child was outside her tower again. Humming. Not any particular tune, no, just an aimless grind of voice that was like a slow-turning belt sander against the soul. It was persistently annoying enough for her to disrupt her experiments and take the journey down to ground level.

"Didn't I tell you to bugger off last week?" she asked.

And the rest of the week, Magecrafter Lyn assumed, this child was of bothering other masters in the nearby towns. A cycle that had taken this whelp a month or two, to Lyn's recollection. And next week they would be back. Humming to gain her attention.

Well. Her experiments today were ruined anyway. She focussed and summoned her purse down from the upstairs bedroom. Affixed it to her belt. "I can't buy you much, understand, but I can at least get you a bath and some clothes that aren't inhabited before you set foot in my home. After that, you live on whatever I live on. I can only pay you in knowledge and power."

The ragged child stood awkwardly on their blistered feet. Some form of shoes would have to be in the bargain as well. Smith the cobbler owed her a few favours. "You walked all the way here with feet like that?"

"That will not do," announced Lyn. She cast her mind about and found the nanny goat belonging to Carter the baker. Summoned it to her and kept it in a thrall. Otherwise the vicious thing would have kicked them both to death. Lyn seated the child on its back and started the walk to the nearest town. "Do you have a name?"

Shrug. "All call me Rat, m'm. On count of hows I grew in the garbage like a rat."

That wouldn't do, either. "I have a large book full of names in my library. You can pick one out of there. And on the day you decide, that shall be your birthday. Assuming you don't already have one?"

A shrug. "Remember me three snows."

So they were six. Or as young as five. Prentices usually attached to their masters at around the age of seven, but this scrap of humanity had no other options. Lyn lead them on to a brighter and longer future. "Let's begin by teaching you a more educated way of talking..."