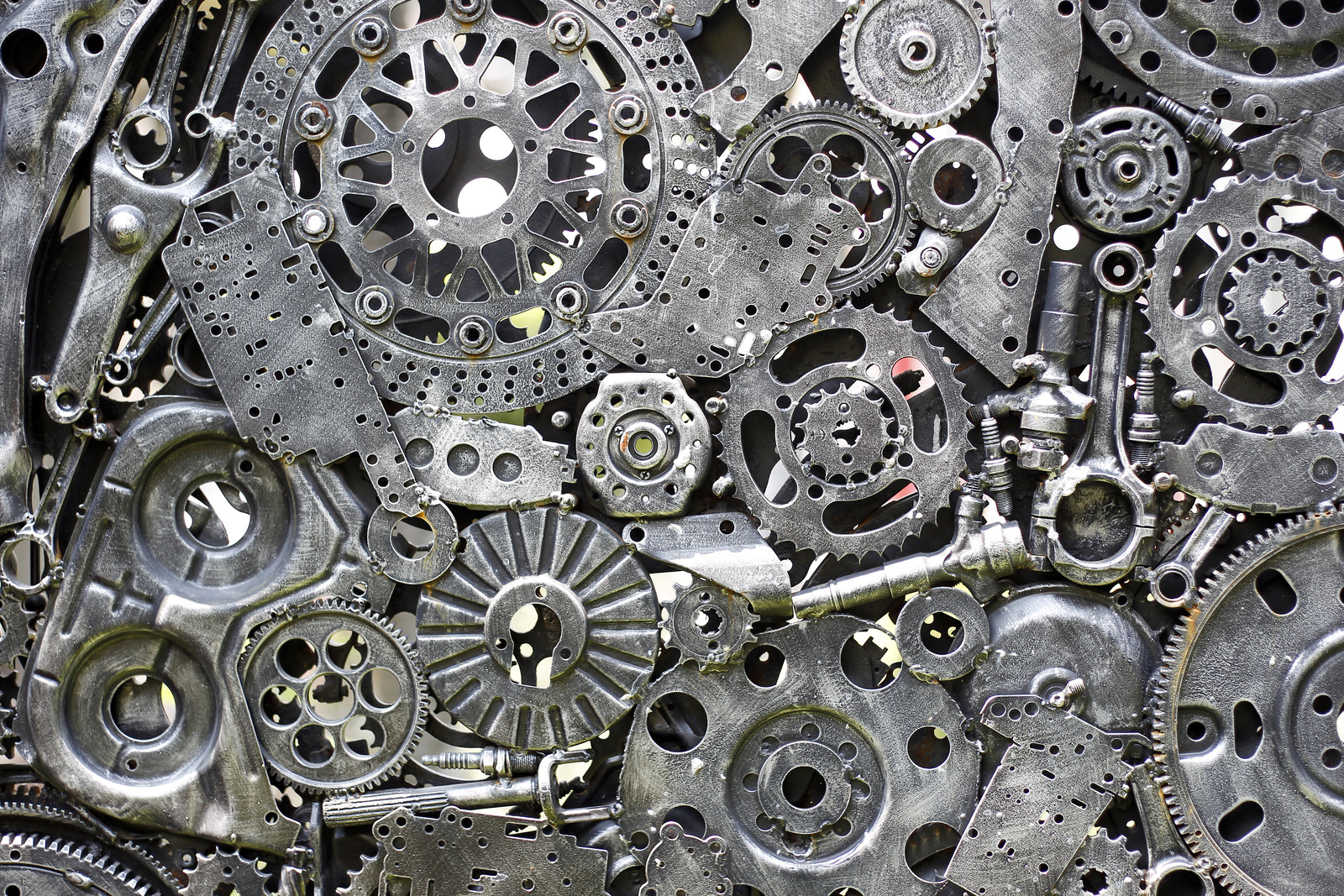 [Title: Obstacle Course] Some are carefully planned to stretch our physical strength. Some just happen. -- Knitnan

Storm season on Hitizzy was never fun. Especially when the storms hit both in space and on the surface of the planet. It was said that Hitizzy was a place everyone got into, once in a while, but the weather rarely got the people in Hitizzy, into a tizzy. Except for this one time.

Everyone knew that attempts at weather control always ended badly, so the entire population, transient and non, hand bunkered down for the duration. Which was forecast to last for further weeks. Deliveries to domiciles were either by printer or subterranean pneumatic tube. Which meant that the food was fresh, as were the pre-recorded entertainments. And so long as there were plenty of activities to keep one sane, the population at large was more or less okay.

None of this explained why the furniture in this rented domicile had been reclaimed and replaced with numerous engine parts.

Ax'and'l picked his way around them. Every single one was surrounded by a chalk outline. It must have taken some time to do all this, and Ax'and'l didn't want to ruin any kind of hard work with a misstep.

The peculiar crime scene extended into Hwell's private space, where every loose piece of furniture had been replaced by this... three-dimensional exploded diagram. Hwell did not have his iconic, nearly-finished bottle of local hooch in the hand that dangled out of his sleep nook.

Since it was so rare to see him sober, especially during storm season, Ax'and'l gently nudged him.

Right. Ax'and'l crept back to the kitchen and started cooking some of yesterday's fresh eggs and bacon. One of Hwell's greatest temptations. He added vegetables for the human's welfare but, in obeissance to Hwell's preferences, fried them in a mixture of butter and sweet honey schnapps.

Ax'and'l just got done plating it as Hwell picked his way out of his private space.

"I flakkin' hate you..." he mumbled as he took the plate.

Hwell ingested a strip of bacon, blinking muzzlily at his own work. "Ohyeah. I'm building a motorbike." He made his way to the room's curtains and pulled them aside. On top of the structural paper protecting the glass from the howling storm outside, was an enormous set of assembly instructions.

Instructions that looked a lot like the diagram on the floor. Things clicked into place. "Please tell me you didn't trade the hostellieries' furniture for these motorbike parts?"

Hwell oozed sarcasm, "Yes, Oh treasured partner, I'm a complete moron. No. I put them into the storage buffer and used my fun money for this lot."

Ax'and'l whipped out his dataviewer and brought up the calendar app.

"What are you doing?"

Hwell hopscotched his way back to bed, middle finger raised at Ax'and'l.

[AN: Once again, I have to remind my dear readers to put their prompts in the BODY of their prompt post and not the title. The title (usually) doesn't matter. If your prompt doesn't make sense without the title, please re-think what you're writing]