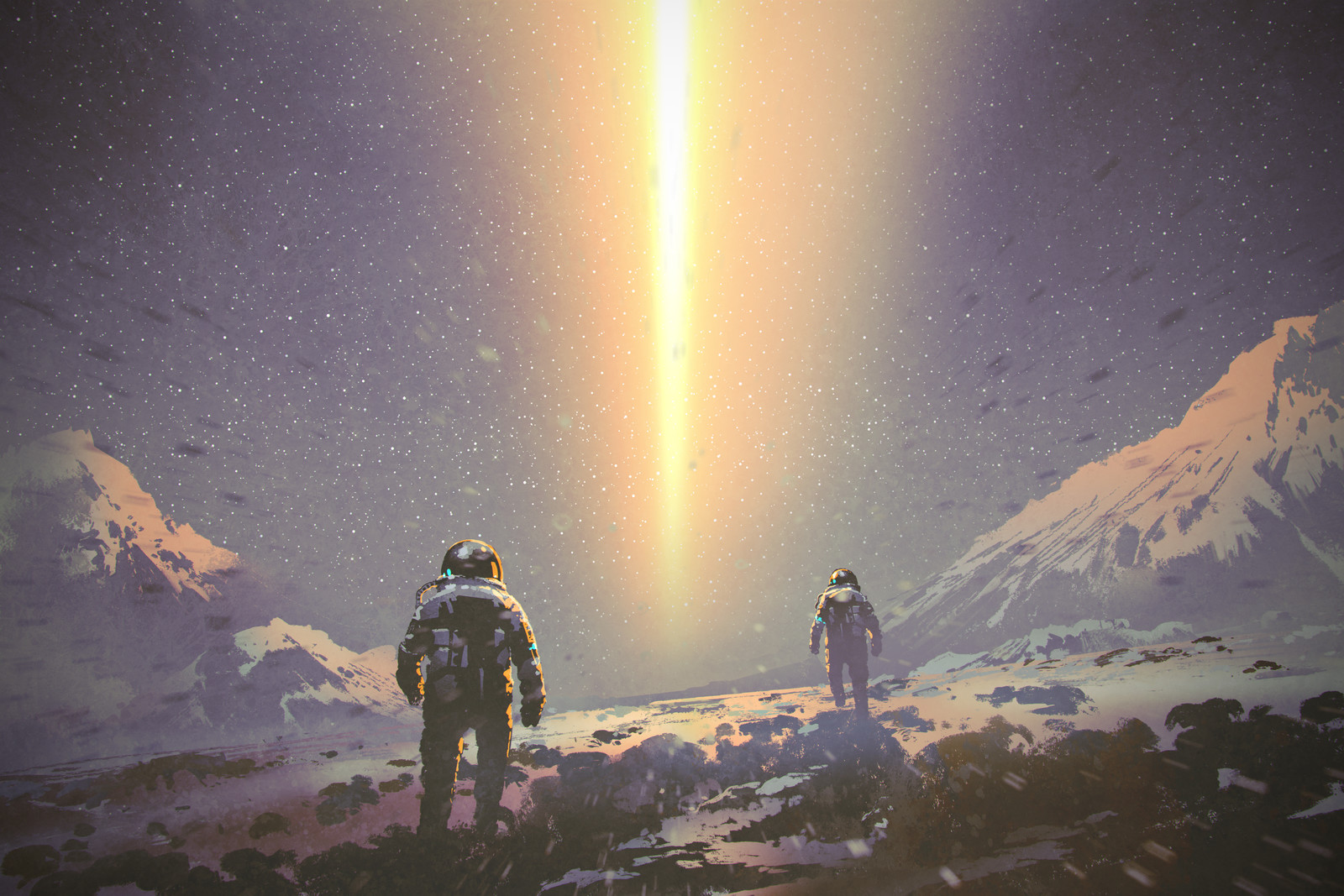 V'tez considered their options. The downside of this situation was that they were trapped by a meteor impact and all methods of communication were cut off. There was only so much air, even in their livesuits. The odds of the ERT's finding them in time were remote.

And V'tez was working with Human Rik, the only staff-member crazed enough to work with volatile chemicals. Come to think of it, making explosives was probably a relaxing break from Interestingly Dangerous Rocket Fuel[1]. At least plastic explosive was stable until set off with a charge. In fact... making things explode on cue was more or less Human Rik's area of expertise.

"I would be more concerned with it not working," confessed V'tez, "but this is you we are talking about. Can you be certain it works as expected?"

"That's why I'm shaping the charge," said Human Rik. "We have a much lower atmosphere on the other side of the deadfall, so the vacuum should take care of the loose debris for us. Make climbing up and out so much easier." Seemingly finished with the explosives, Human Rik heated a piece of metal sheet over the bunsen burner and then hammered at it with another piece of metal from the deadfall. The result was a lumpish floral shape dished in the centre. Into which Human Rik crammed the explosive, and a long string that Human Rik had been soaking in a specific solution of nitric acid, sulfuric acid, and baking soda.

V'tez watched from a place of definite safety as Human Rik set it up and lit the other end of the long string.

"Fire in the hole," cooed Human Rik and giggled as he joined all the others in their shelter.

There was not quite a boom. The air rushing out quickly muffled both the boom and the fires as the explosion did its deadly work. There was, indeed, a new tunnel through the deadfall, which V'tez helped shepherd the others through while Human Rik rendered all the remaining lab equipment safe.

Needless to say, the ERT's were both digging in the wrong area and totally surprised to see them out.

[1]: Which is really a superfluous term, considering that all rocket fuel is both interesting and dangerous. And dangerously interesting.