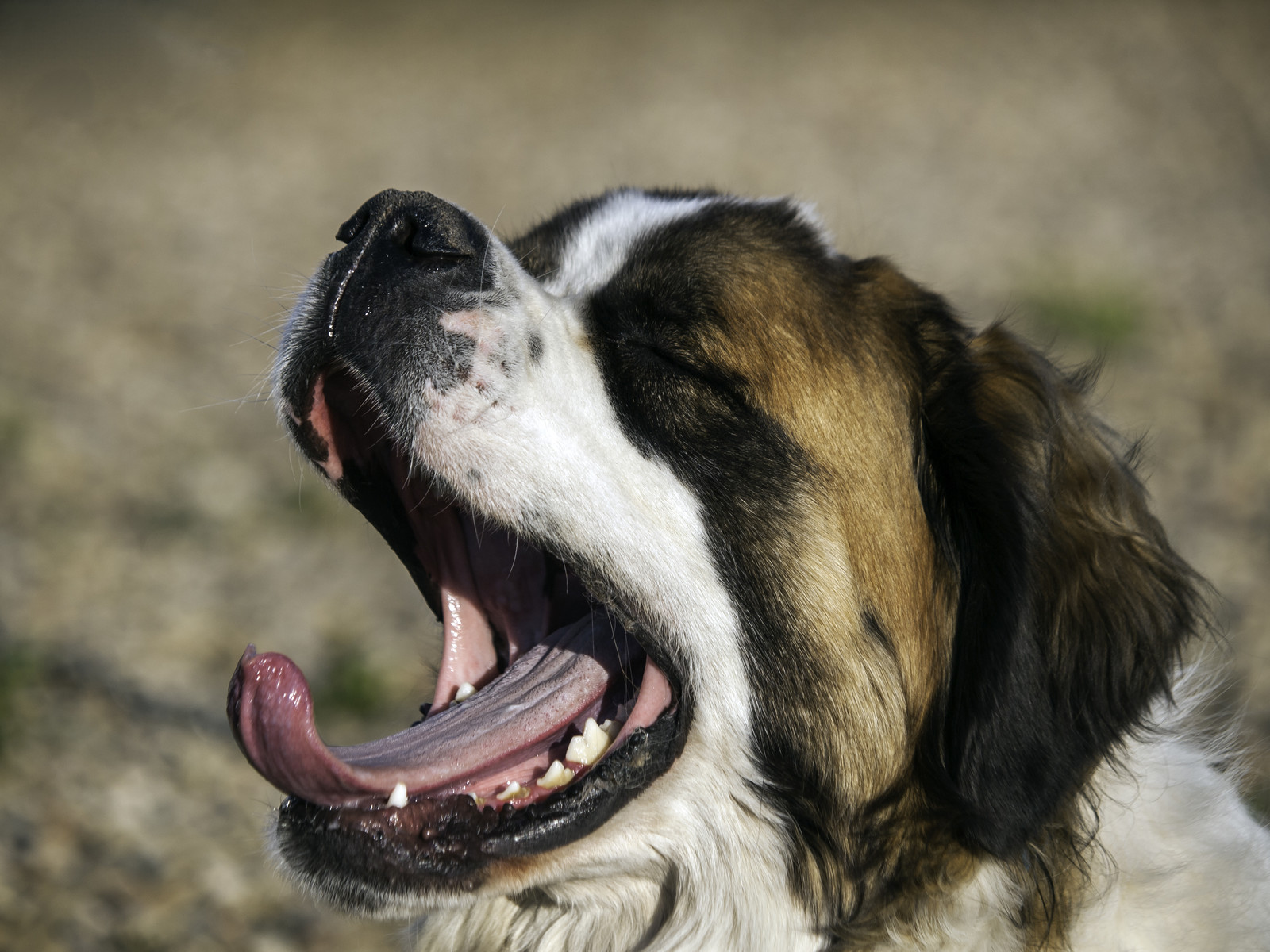 Can we see more of Julie and her care dog Nanny please? -- Knitnan

Julie read the stops on the map as they came up to them. Her travelling equipment clutched on her lap. Nanny sat beside her in a more doggy pose than she usually adopted, muttering, "Good girl," and "Right Fin Park Atrium," alternately. Finally, Julie said, "That's next! Standing up time."

Looking at Nanny, one might expect the gigantic St Bernard to stand on all fours, but Nanny was an Augment. She had just enough smarts to fill the blanks that Julie possessed as a matter of accident, and enough altered body parts to allow her to function in her human companion's world. Thusly, she stood on two feet, and grasped the overhead handles with an altered front paw. Her tail wagged as the tram slowed. "Our stop! Our stop. Good girl."

They held hands as they left the tram together, and where one failed, the other helped. Working together as a cohesive whole to reach their destination. Which, in this case, was the Atrium level of Right Fin Park. Park space is an essential element in large stations. Not only is it the public part of the atmosphere recycling system, but it is also essential to residents' mental health. Time exposed to familiar flora and fauna has been repeatedly shown to improve morale in all species.

This is one of the parks with enormous swards of relatively flat ground. There was a small lake where ducks had taken residence, and trees where assorted escaped pet birds had made their roosts and bred. Sheep browsed the grass and kept it short. Sooner or later, some would be culled to make local mutton. But not in sight of the guests.

Julie toured the atrium, looking out over the lakes and trees to find a spot that had the most visual potential.

"Yes, Nanny," said Julie. She pointed to a spot on the lawn, and found the nearest stairway to the vast green sea. She took off her backpack and took out a bright dog collar that matched her current dress... a vibrant pink that nearly glowed in the dark. She had to wear a brown jumper with it, because creative disciplines fell under Information, but it was a brown jumper that happened to have bright flowers on it.

Nanny sat and ducked her head to that Julie could put it on, and then carefully removed her shirt, hat, and pants. "Romp! Romp!" Nanny barked. "You sit-stay."

Julie sat and painted. Nanny ran about and indulged her doggy instincts. She was programmed not to bother the sheep, but chasing pigeons or parrots did little harm to anyone. After an hour or two of painting, Julie would take a break to run up a hill and roll herself down it again until she was dizzy and out of breath. And then it would be time for ice cream, because this was their special Sometimes Day.

Every Sixday, like clockwork, was their Happy Day. Their Adventure Day. They would go somewhere new, and do the things that made them very happy individuals. They would return home by the end, tired, muddy, stained, and messy, but with grins on both their faces.

This yarning dog looks so cute:)