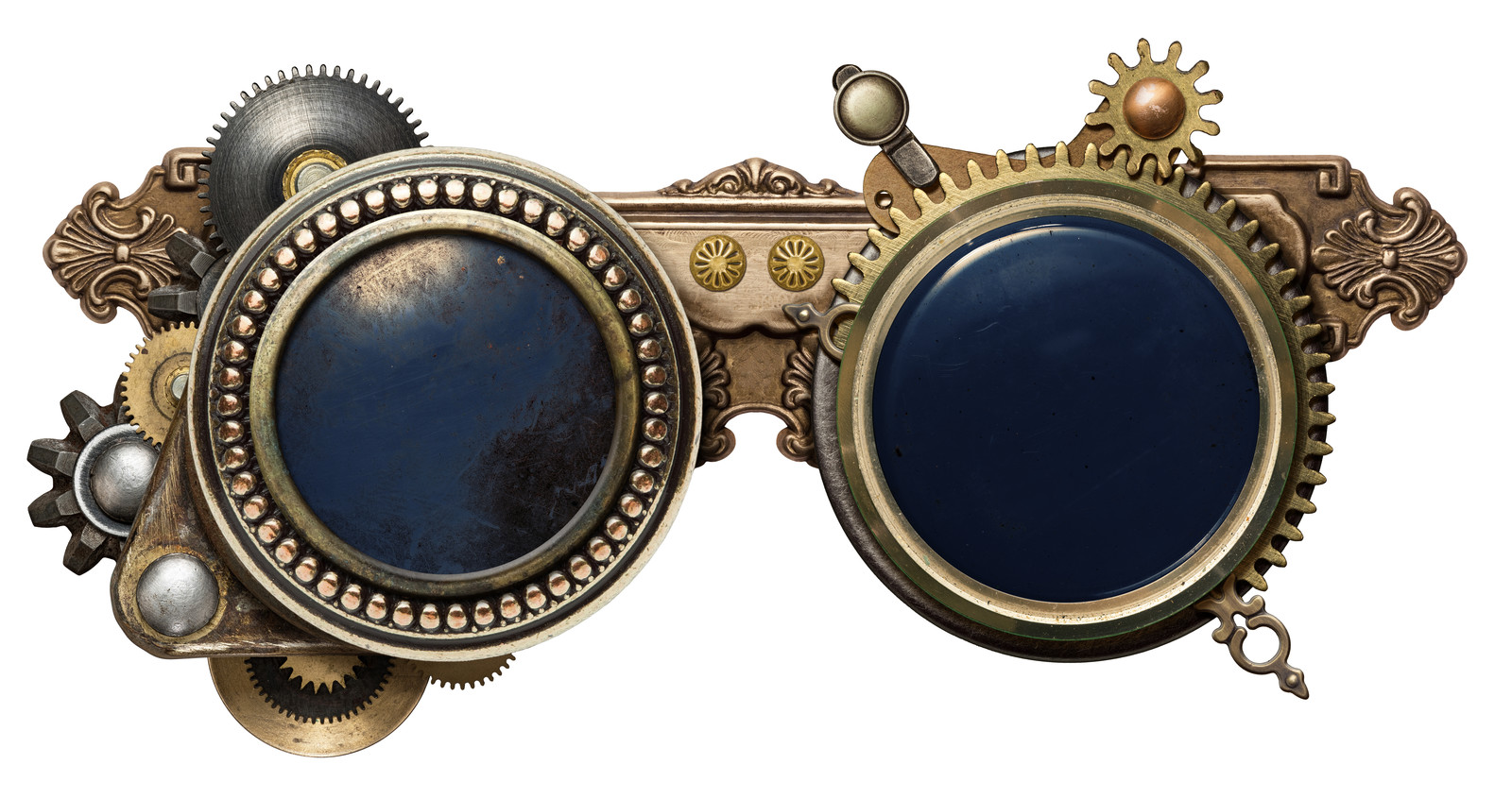 [Person #1]: Oh dear, [Designation] just went from automaton to a child that just did something new. Progress.
[Person #2]: And a complication for [Name]. Better to have an absolutely loyal Automaton than someone who may have a conscience. -- RecklessPrudence

Colonel Peter A. Walter's design for the Babbage Brain seemed sound on paper, but things that worked on paper had a way of leaving him without eyebrows for a few days. Now that he'd built it and installed the thing inside the copper skull, he simply had to test it and its learning algorithms.

He hooked it up to the power core and fed the dictionary punch-cards through its processors. The resulting paroxysms were disturbing to watch and took hours of cranking. Next time, he would have a motorised feeder. Finally, at the stroke of noon, the mechanical head chirped a slightly more complicated tune in response to the clocks. It blinked. Its eyes tracked a moving object. It seemed wont to look everywhere around it.

Peter held up the rabbit he kept for testing his Blue Matter on. "Recognise. What is it?"

Copper lips moved. The reed in its throat vibrated. "Rrrr... rrraaa... Rab-bit." There was a mechanical laugh that sounded more like a gattling gun. "Rabbit! Rabbit, rabbit, rabbit..." It started to sing the word. Over and over.

Peter put the rabbit back into its hutch. Just as he was about to test it on another object, one of the maids entered with his lunch. She shrieked and almost dropped the tray.

The clockwork head echoed her shriek and returned to singing the word 'rabbit'.

"Interesting," murmured Peter. "Thank you," he said to the maid, rescuing the tray and setting it onto the nearest clear space.

"Is it gonna stop?" asked the maid.

"Possibly. I'm still testing it." He took a swig of his coffee and commanded, "Stop."

It was the maid who strode over to the head and rapped on its copper brow. "You mind your Pappy, you thing. Or all you'll ever be is Rabbit."

The head looked awestruck. Its glowing eyes looked directly at Peter and it said, "Pappy..." in a reverential voice. And then it said, "I... Rabbit."

Thaddeus M. Becile turned his latest revived creation towards the target. A stunningly lifelike simulacrum of Colonel Walter, white lab coat and all. "KILL," he ordered.

The machine, still mostly human, turned its undead eyes towards him and lowered the Green Matter gun. "I... d-don't want to," it said.

Becile sighed and inserted another Green Crystal rod through a pre-drilled hole in the subject's skull. Into the brain. Well. What was left of it, now. "Who do you obey?"

Wrong answer. He took notes on where he inserted the crystals to make his subjects compliant and which ones removed their intelligence. Soon, he would be able to completely prevent another Delilah Incident. And then, he and his undead army of mechanicals would take over... and show them all.

I am not to blame! These characters all belong to Isabella Bennett and it's canon that half her characters have ludicrous names.