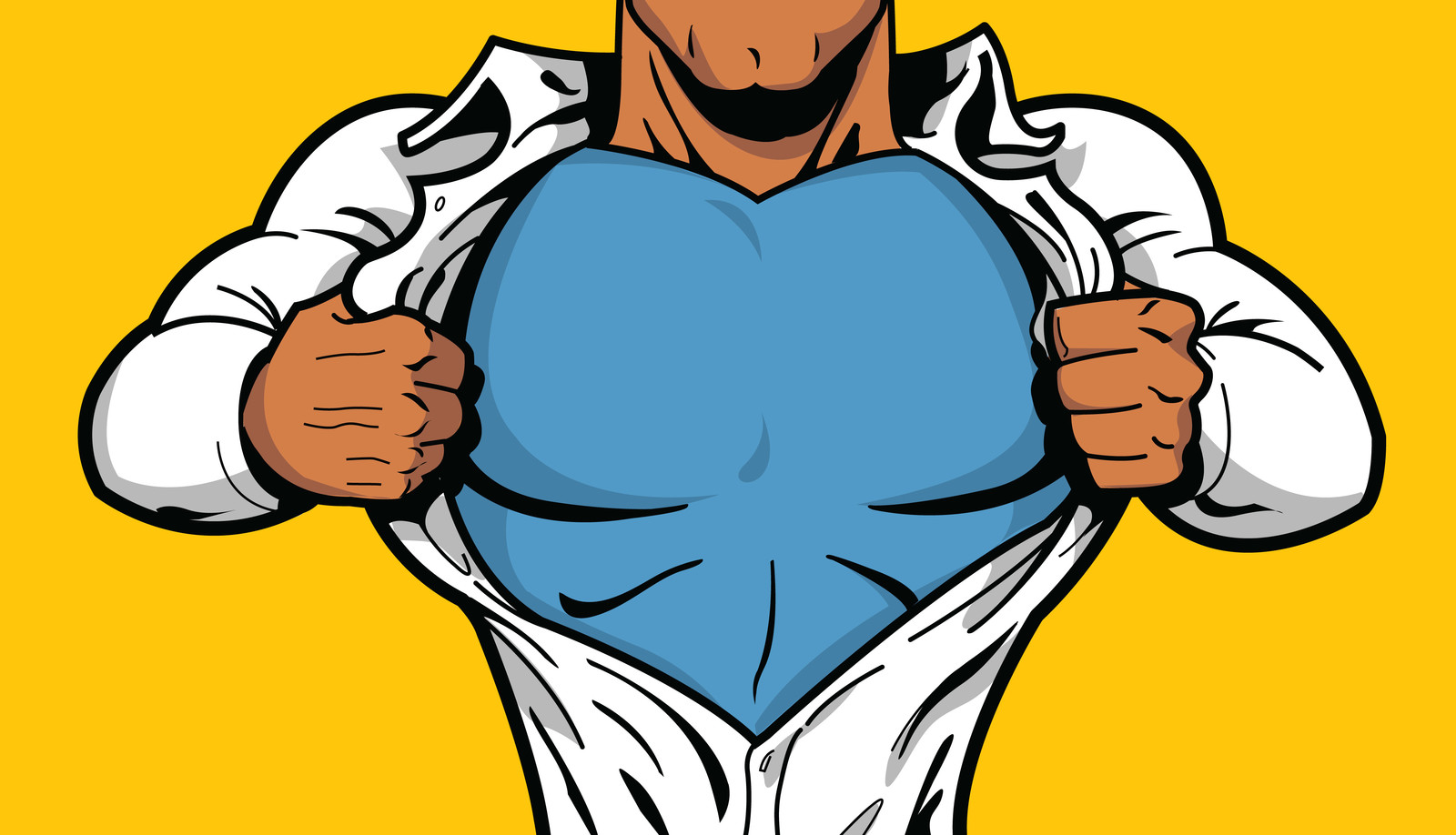 :Upon being told the superhero they're looking at is at some point going to go on a rampage and destroy the world:
"Well, what's your reasoning then? Because I'm having a hard time reconciling the guy currently pulling a kitten out of a tree with the Death Star." -- RecklessPrudence

He'd just extinguished the fire in a burning high-rise, prevented a multi-car pile-up, and was now making cootchie-coo noises at a small kitten that was stuck up a tree. He could have been everyone's hero, except for one small detail.

"Someone needs to lock that thug up before he goes nuclear on us," said someone in the crowd of gawkers. It did not help that they pronounced it 'new-cue-lur'.

What was even more worrying was that there was a lot of subdued murmuring of agreement.

"Excuse me," said another onlooker. "What's you're reasoning, please? I'm having a hard time matching the guy rescuing a kitten with radioactive armageddon."

"Are we lookin' at the same thing?" said the initiator. "That boy is clearly a thug and a menace to society."

"He's taking a selfie with the girl and her kitten," said the objector. "I'm so scared," they added quizzaciously.

"This is how it starts! Those types infiltrating our society, pretending to be friendly while they steal our jobs! Before we know it, they'll have us under Sharia Law and locking all the women in burkhas!"

"Pardon me, ma'am," the hero had come right up to the racist speaker, floating over the onlooker's heads. "Is this yours? It matches your tote, so I thought it might be." There, on the flat of his hand, was a smartphone with a Confederate Flag phone case.

There were hundreds of others recording the young man on their phones, so she could not shriek that this man had stolen her phone. She looked up at him, in his Walmart Jeans and Hoodie. He looked down at her, in her Gucci dress and designer furs.

For a moment, all was still as she fumed away about what to do.

Then he said it, "If you're worried about [N-WORD REDACTED] germs, I think your compatriots recommend you swab it with bleach after you get home. Get it nice and white." None of the words he said were said with any kind of menace, but rather a fey helpfulness that contained more than a drop of vitriol.

She snatched it off his offered hand. Said nothing more, for which some parts of the crowd were extremely grateful. And then he floated slowly away.