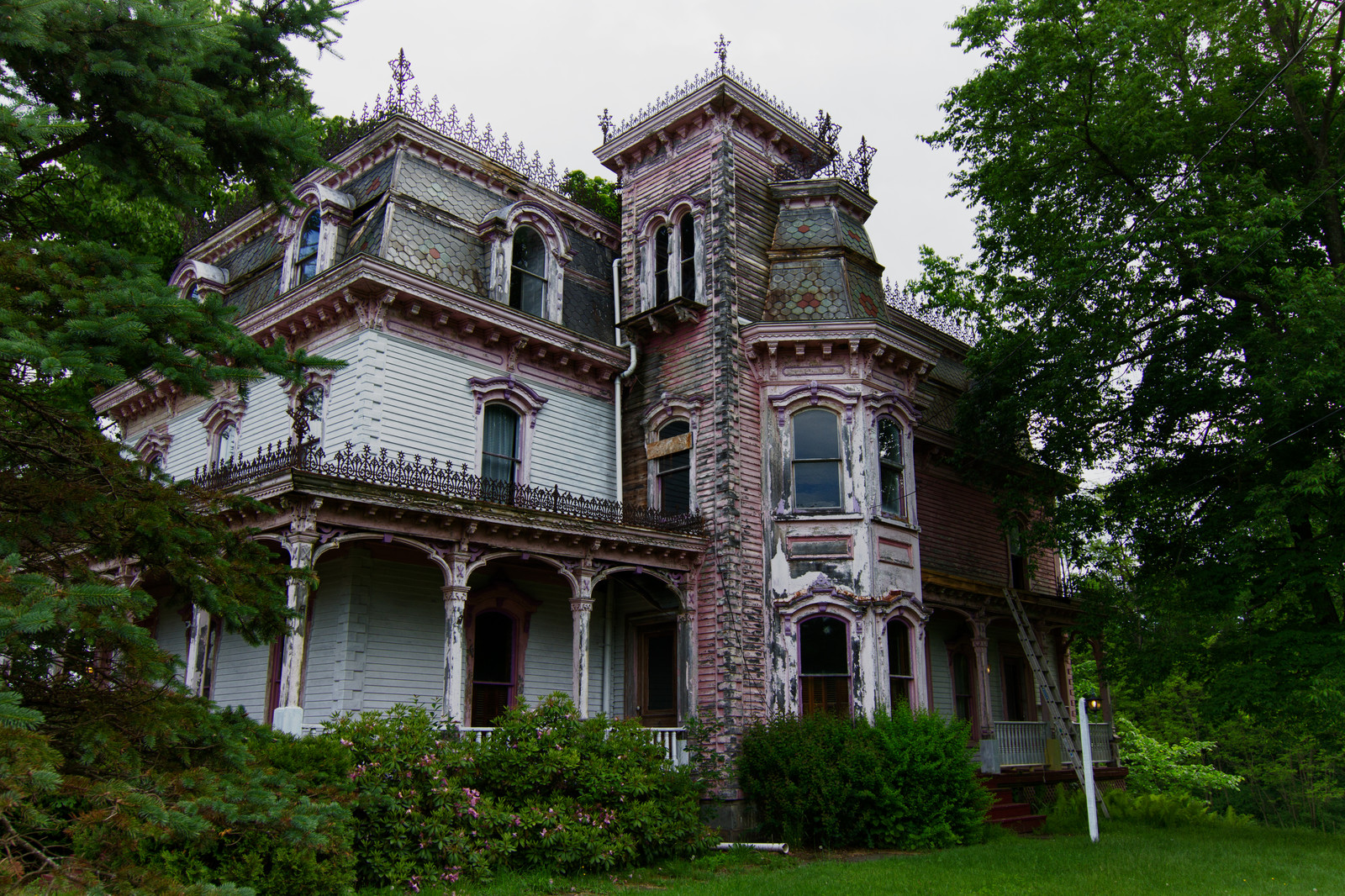 It was a lovely old house, that was certain. It was such a shame that it was filled, floor to ceiling, with packrattus. Great-Aunt Shirl had been one of those people who kept the wrapping paper off of her presents and the stubs from her movie tickets. Everything she had, was kept in the box it came in. And the shopping bag it arrived home in. About the only thing she threw out was the spoiled food, and even that went onto something resembling a compost heap. It was more like a small, artificial hill in the back garden that the magpies and crows raided on a regular basis.

Now that Great-Aunt Shirl had gone to her eternal rest, the only clear spaces in the house were the tracks where her elderly feet had shuffled. Sandra had taken a brief tour of Great-Aunt Shirl's goat trails and decided to camp out in the yard, which was at least free of potential death by avalanche. It wasn't the first time she'd slept in her car, but thanks to Great-Aunt Shirl and her hatred of everyone else in the family, it might be the last. House, land, and everything on it belonged to Sandra, now.

Sandra began by sorting out the things that were stored on the stepladder. Filing them into Recycle, Restore, and Rubbish. The last of that classification went into the gigantic skip that she'd ordered five seconds after deciding on camping. Of the Recycle pile, that was subdivided into two classes, Donate and Recycling Centre. Having had much help from St. Vincent's in the past, Sandra felt it was time to give back. The Restoration stuff, stored temporarily in a U-Store place, would be revived as much as possible before going to an auction house.

But that was the simple version.

The reality was hours upon hours of climbing the stepladder and playing Death Jenga with the cardboard boxes, plastic bags, granny trollies, and random objects that a little, old, four-foot-something lady had managed to literally pile up, over the years.

Some of it was immediately sale-able. Neighbours saw some of the things Sandra was stage-storing on the verandah and offered her cash in hand for them. They gave reasonable deals, so that was fine. Most of the stuff they paid for was destined for St. Vincent's anyway.

It took her two days to begin unearthing furniture.

It took five days to discover rooms that Great-Aunt Shirl had forgotten she'd had. All of them almost crammed with stuff that the old lady could not bear to get rid of. Heck, Sandra even had to unearth the kitchen. The old stove was scrap, of course. It had been buried and replaced with Demtel gadgets, which were then buried when they failed. Until the old lady didn't cook for herself, any more.

It was a miracle that the fridge still worked after half a century or more of continuous operation. Even then, it contained the mummified remains of half-finished Meals On Wheels dinners. Not even the magpies would take those.

Once the ground floor was rendered safe and habitable, Sandra broke her camp and officially moved in. She had an inflatable mattress in what was once a dining room. It was the one place that was as far as possible from the potential avalanche that was the main staircase.

On the plus side, she didn't want for money. Once the U-store place was full, Sandra began restoring the more eye-catching pieces for auction. One car-load at a time. There was just... so much of it. The auctioneer asked to see the U-store Sandra was using and offered to auction it all as-is. Even though Sandra knew what she was doing with the old things, there were those that loved to restore on their own.

Sandra gladly let the auctioneer do that. Less work meant more very careful treasure-hunting. And after a few cycles of filling up the U-store, some of the auction patrons came knocking to see what they could pick up whilst Sandra was carefully defusing the second floor.

It took years to get as far as both the basement and the attic. Sorting through ephemera (because Great-Aunt Shirl also kept every piece of mail she received. In its envelopes) for anything collectable and running a sort of store out of the front rooms. It would take even longer to get through the things in those vast areas.

One day, she might even move in some things that were solely hers.