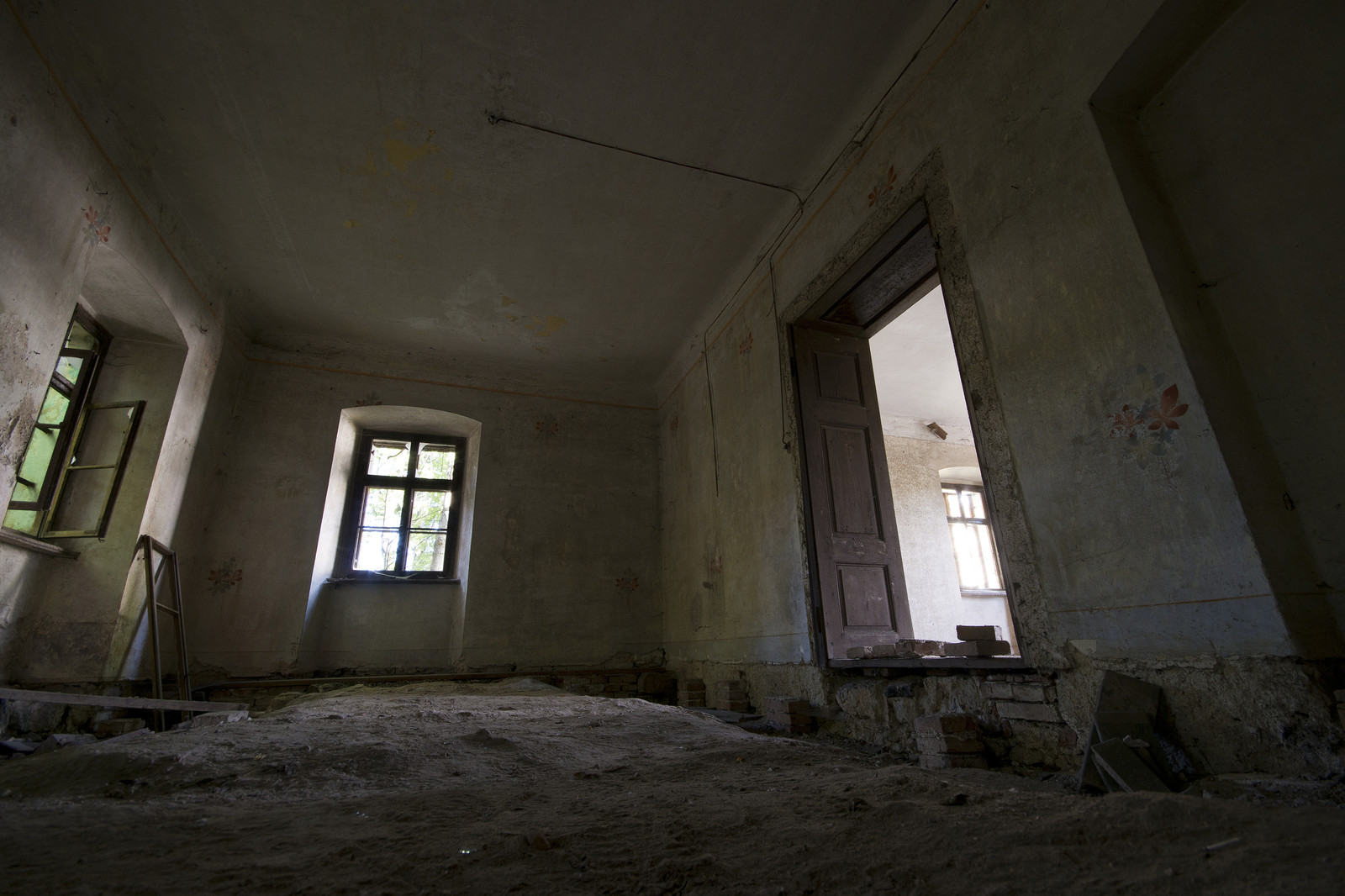 Just because something is supernatural doesn't mean it won't follow a learnable set of rules. It just means the "why" of those rules isn't bound to make logical sense. -- RecklessPrudence

It was an old house. Of course it came with a ghost. It had been a farm in the ancient days of yore, before urbanisation subdivided the land again and yet again, and it became the last house along a new street that had once been its driveway, and, simultaneously, the oldest house on the street. The buildings around it were only slightly older than the sixties, and were all squat, blocky bricks compared to this ancient Gothic heap.

It was also, according to the kids of the neighbourhood, cursed. Joaquin paid curses no mind. His Abuela had taught him how to remove curses from old houses, and he had a box full of saint's candles for just such an emergency. The house came furnished and, as it became evident on his entry, supplied with an abundance of hoarded objects. He would have to call his landlord about those. Soon. There was barely enough room to move his stuff inside.

Right. The neighbourhood kids were the ones to tell him that the ghost was French. Apparently, a little girl had died in the cellar (accounts differed as to when and how) and now sang Au Claire de la Lune at midnight to anyone brave enough to sit outside the cellar window and listen. The ghost also demanded periodic tributes of mechanical oil, delivered on the fourth step from the top of the cellar stairs. But the neighbourhood kids warned Joaquin never to go further down than that or certain death was bound to follow.

Joaquin said, "I am not your mother and I don't know where she is," by way of an introduction, he added, "My name is Joaquin, and I'm only staying a short time while I have work here. Is that all right?"

For a moment, all was quiet, and then the voice seemed to come from down the main hallway. "D'accord. Bienvenue, Joaquin." And that seemed to be it. The house water pipes would hammer at odd intervals, but they seemed to only do so during normal business hours. He amused himself by theorising that the ghost girl was thirsty. Perhaps she died of a fever and the taps turned on and off as a result.

Joaquin left the ghost alone. As far as spirits were concerned, the ghost of a little girl who occasionally sang him to sleep was no big bother. She was harmless. Researching the actual history of the house in his spare time revealed that 90% of the lore behind the house was nothing more than scurrilous rumour. There had been deaths associated with the family who owned it, a run of bad luck as it were, but they were well spaced out and little to do with any spirit. As were the deaths of the few people who had lived there for any extended time. Either the murderous spirit assigned to this house was a slow worker, or the correlations were too juicy for the neighbourhood kids to resist.

It was on the second week of living there that Joaquin noticed the music. It was very soft, and sort of old-fashioned. And very, very hard to place. It certainly was too complicated for a child to play on their own. Well, certainly not a modern child, who only became expert at playing video games. "Do you play, niñita?" he asked as the melodies teased the edges of his hearing.

For a change, she answered in English. "I play a phonograph, m'seur."

Aha. That explained a little something. "And what records do you play?" He had google ready to search for her music, just to hear what it sounded like.

"I only have one," said the little ghost. "With Compliments From the Walter Robotics Pavilion, by Colonel Walter's Steam Man Band."

Joaquin's fingers flew. That did not make sense. "That was released in 1988... one of the Expo souvenirs..."

"So people leave you gifts?"

"Oui, m'seur. I treasure them all- all- always." It wasn't the first time he'd heard the ghost's stutter. Sometimes, she would hiss in displeasure at them. "I remember everyone who is- who is kind to me."

Well. There was more than one way to be remembered, it seemed. Joaquin had always wanted to be remembered and, given his own culture, this was one way to be sure he was never forgotten. Therefore, just before the beginning of November, he went looking for an old-fashioned doll. On the second of November, he not only left the little ghost mechanical oil, but a gift of the frilliest, girliest dolly he could find. She came with five outfits and old-timey underthings.

There was giggling for three weeks. And every morning, she thanked him profusely for her 'petite Rose'. And sometimes, he caught the edges of a muttered narrative where Petite Rose was apparently having tea and other adventures with someone called 'Pobbit'. The ghost insisted that her mother had given her 'Pobbit', and Joaquin imagined a rag dolly that was a child's constant companion. Right up until the little girl took it to her death bed.

When he went back to the states, he bade the little ghost farewell, and politely asked that she was nice to the next tenant. She sounded pouty and out of sorts when she bade him farewell. She liked him, and not just for the doll. And, apparently, she didn't like goodbyes.

He had asked her name some time ago, but something must have been scrambled in translation. No mother in the world, no matter her cultural origins, would name her child 'Bissa'. It must have been a shortening of 'Elizabeth' or "Elisabetta' that was garbled. Either way, he would pray for her on the day of the dead.

She would be remembering him. It was only fair that he remembered her in turn.

Send me a prompt [10 remaining prompts! PLEASE give me prompts!]