haikufictiondju (46)in #fiction • 2 years ago (edited) 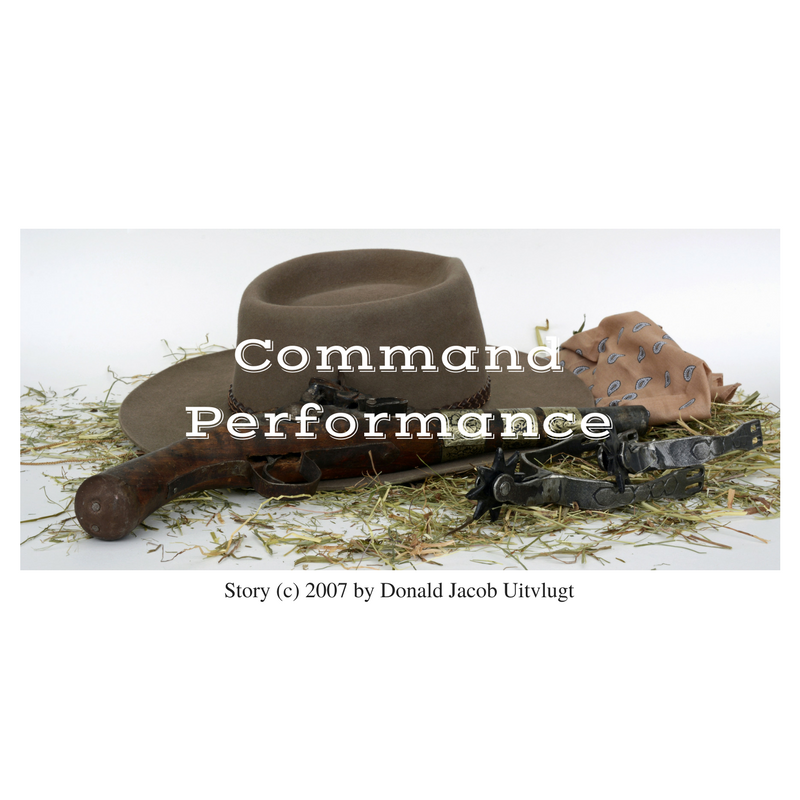 Buck Reynolds surveyed the work going on around him. In the corral, riders were taking horses through their morning paces. The buffalo and cattle grazed lazily. The sideshow tents were already up, and half of the game booths. Chinese and Negro hands labored under the ropes of the big tent. Everything was as it should be.

Only they should have been doing this back East, not in the middle of nowhere. He wasn't entirely sure where they were even. West of Colorado, that was sure. The sky was nowhere this blue east of the Rockies. The rock formations on the horizon were a little like the Painted Desert, but a little like the Dakota Badlands too. The air was hot but dry, the world so beautiful it made Buck's heart ache.

He wished he were back East.

"It will be a most interesting performance."

Buck forced himself not to look at the smaller man who was suddenly there beside him. "Your bosses promised a crowd. I don't see no crowd."

"You were compensated handsomely for your time and travel, Mr. Reynolds. The first half of the gold was delivered as was promised. The private train arrived on time and delivered you here ahead of schedule, did it not? Have a little faith, Mr. Reynolds."

Buck turned to look at last. The man was almost short enough to be a sideshow man, if Buck were running a circus and not a Wild West show. He was dressed to the nines as always, and didn't seem bothered by the heat. Buck had never liked how he couldn't see the lawyer's eyes through his spectacles. "We're here, aren't we, Mr. Smith? And the Buck Reynolds Western Extravaganza has never backed out of a contract." He spat onto the short, dry grass. "Maybe I just a little nervous because we usually have a crowd chasing us to the fairgrounds. Maybe I'm nervous because my men are nervous. Maybe I just don't like middlemen. Maybe I want to look the men who hire me in the eyes."

The little lawyer disappeared. He had an annoying habit of doing that, disappearing and reappearing at will. Ever since he had shown up after their last engagement in upstate New York. Sometimes Buck wondered why he had ever spoken with the man in the first place, much less agreed to do a show for his mysterious employers. An idiot would have realized right away that "Smith" wasn't the lawyer's real name, and Buck was no idiot.

It had been the gold, that was all. The gold had been real enough, and even the down payment was almost ten times their usual fee for a three-week engagement. All for a single show, travel included. Enough money to stop the big city banks from breathing down his neck. Enough money so he could pay months of back wages. Enough money that they didn't have to spend months touring podunk towns just to end up further in the red than they were the year before. Enough to get his pearl-handled revolvers out of hock.

He sometimes didn't know why he kept this flea-bitten dog and pony show going. Then he only had to look up at the men and women he had working under him. It was all they had. It was all any of them had. This contract had been a real godsend. He just didn't like dealing in the dark.

He spat again. "Hell, it's not like Buck Reynolds is my real name neither."

The men had finally gotten the tent up and Buck slipped inside. He always liked to take a look around before any customers arrived. It was his name on the sign, and the big tent was his own private universe. In here you could almost forget about everything else, forget about banks and investors and bills clamoring to be paid. You could forget about a world rushing to a new century and leaving you behind. You could forget about it all, if only for an evening, and relive the way the West used to be.

He knew that was why the crowds came back East. To escape from a world spinning faster and faster. To look back to a simpler time, when you could tell who was good and who was bad simply by the color of their hats. He didn't know if the yokels back East actually thought that things had been like that, or if they simply engaged in a little bit of self-deception.

Buck had seen the real West. He'd lived it. Too young for the War between the States, he had seen how that conflict had scarred everyone it had touched. And those wounds came West with the veterans and festered until they were rancid. He had seen what the Whites did to the Mexicans and the Indians for their land, worse than anything the Indians were doing to each other. He'd seen how Negroes had come out West only to find the same bigotry and worse that they were trying to leave. Or they got caught up in the crusade against the red man. He had seen how the Chinese had gotten hated wherever they went, because they worked harder for less pay and didn't pray to the white man's God.

He had been a part of the madness. He bore the scars from Indian bullets, and it had taken him years to learn how to walk in a way that disguised his limp. In the Army he had done things that still gave him nightmares. Things with his bare hands, and things that seemed more distant because they had been done with a gun. His people knew what he had done, though not the worst of it, and he still had red men in his show. Red, white, black, yellow -- they all helped him to recreate a West that never was.

And how the crowds ate it up! This sanitized, prettified version of the West, where you never saw a black cowboy or an industrious Mexican. Where the Army always rode in to save the white settlers from the bad Indians, rather then burning men, women, and children in their sleep on their own land so someone else could take it. Where Custer had been a tragic hero instead of a pompous fool in way over his head.

A place where you could become rich beyond the dreams of Midas, with just a little hard work. Where a man really could escape his past and get a second chance, instead of carrying his problems with him and reliving his mistakes over and over again. Where the world was a big enough place for all your dreams, and there was still more to discover at the end of the day. The crowds wanted to believe that a place like that existed, if only once upon a time. They needed the myth of the West.

Hell, maybe Buck and his troupe needed it more than they did.

His mind flashed to the laudanum kit in his tent, but he shook his head. Not today. He needed his wits about him tonight. He looked over to where the men were putting up the "luxury box", all blue painted wood and red, white, and blue ribbons. He needed to stay sober if only to get to the bottom of this mystery. Who would hire a half-rate Wild West show and pay them -- hire a train for them, for God's sake! -- to put on a show in the middle of nowhere? Answering that question was worth staying sober for, if only for a few hours.

This is a repost of my own original work. The period of exclusivity with the original publisher has long since lapsed.

After the American frontier closed, wild west shows travelled the world bringing the myth of the West to the rest of the world. Many ringmasters found themselves performing for unconventional audiences. This story first appeared in Science Fiction Trails (#1), edited by David B. Riley and published by Pirate Dog Press. — ed, N.E. Lilly

Thank you for your reply.

In order to confirm your authorship of the content, please make a mention about Steemit or add a hyperlink to Steemit on your blog:

You can remove this mention from your website, once we confirm the authorship.

Would this blog entry suffice?

Hello,
Looks perfect!
You have been verified for that blog.

Oh, this is going to be fun!

warming up the stale popcorn
:-)

$0.00
1 vote
Reply
[-]
tinypaleokitchen (59) 2 years ago
This post has caught the eye of @MuxxyBot and has been nominated by the curation team.
If chosen it will feature in a curation post by @MuxxyBot.
An image from your post may be featured.
Please reply to this comment if you accept or decline.
$0.00
Reply
[-]
haikufictiondju (46) 2 years ago