Links to earlier chapters below this chapter!
Please consider commenting, upvoting or resteeming this post if you enjoy the chapter

Chapter 14: Sprinkle
Jack frowned as his so called ‘son’. He didn’t choose to have him. He had actually thought he was beginning to seem alright though. Clearly he wasn’t. He had a fight with an earthling – on his first day at Earth school. Just because he was around other teenage humans did not mean he had to misplace his thinking part of his body and get into a fight with some other teenage human. 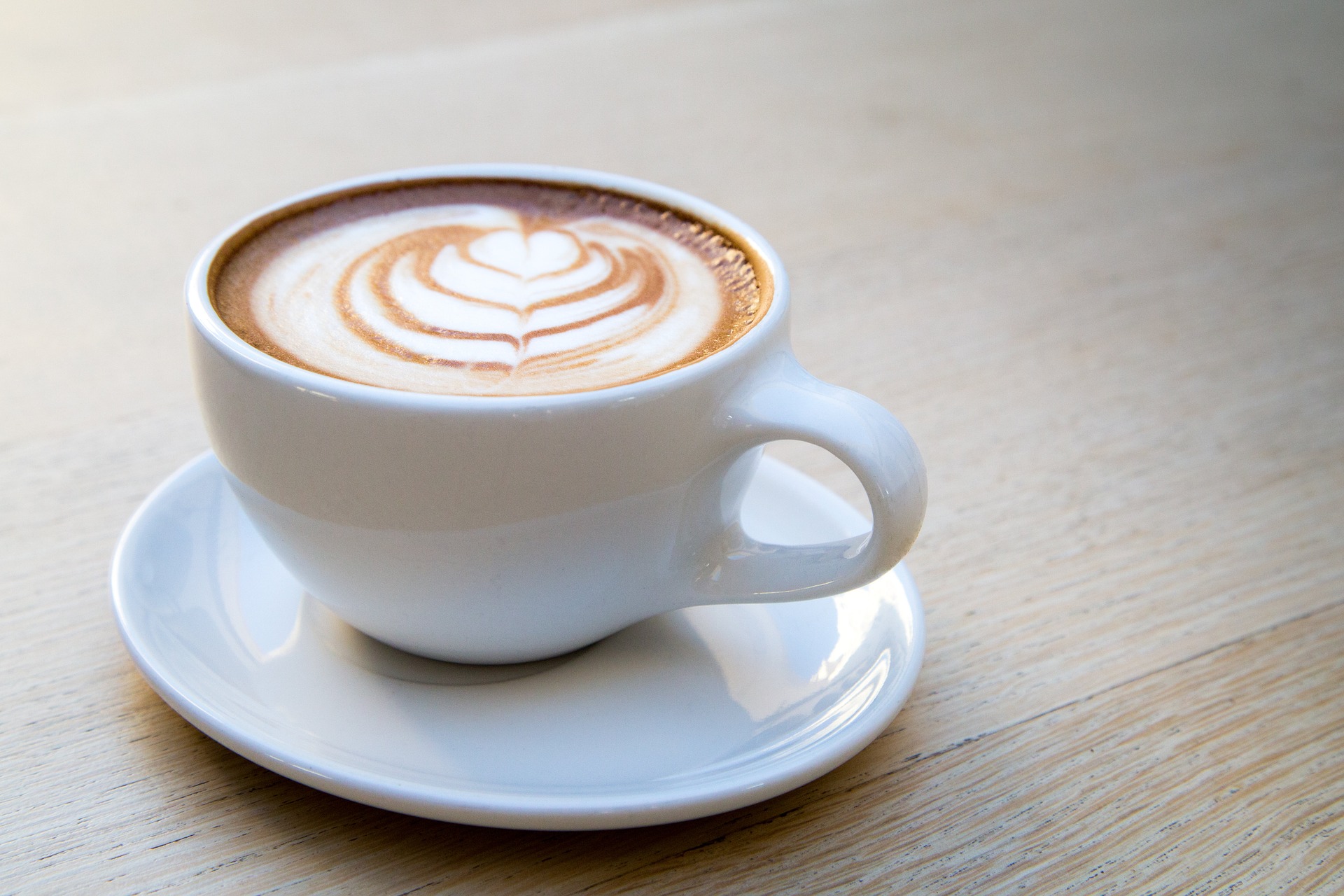 Bella looked from Max to Jack and back again, biting her lip. Liam sat on her lap, entranced by the tension between everyone. There they sat in the coffee place they went to with Nathan before, with Bella and Jack with coffees and Max with nothing. Jack glared at Max as he opened the square thing his sugar was in and tipped it into his coffee. He grabbed another square thing next and proceeded to sprinkle that lot of sugar in to his coffee also. He then grabbed another square and ripped it open, positioning it over his coffee.
“Enough” burst out Bella, “Jack, don’t put heaps of that sugar stuff in your coffee again. You’ll make yourself act silly and fast.” Jack looked at Bella, tipped the last bit of that square into his coffee and then placed the empty square on the table.
“Okay Bella” he said. That was all he said. Silence permeated the room. This was assisted by the fact that they were the only non-workers in the coffee place. Finally Bella broke the silence again. She spoke to Max.
“Max” she said, “Why did you do what you did?”
Max looked at her.
“I didn’t really do much Bella” answered Max, “I was talking to Sara….”
Jack butted over Max.
“Oh so this was over a female human?” said Jack, “Well that makes complete sense. Still incredibly bad of you Max, but I understand why it happened. Males of many inferior species will fight to the death over a female.”
“I don’t think humans do that Jack” said Bella.
“Oh” said Jack, “Well I can still understand fighting not to death but still fighting for one. But it is still very very bad Max. Drawing attention to yourself could compromise the mission.”
“So what happened Max?” asked Bella.
“Well as you know I was talking to Sara” said Max, “This guy came up and said he was her boyfriend and that I shouldn’t be talking to her and he said she belongs to him.”
Bella sighed.
“Well she probably does” said Jack.
“Yeah, well given your background, you would think that Jack” said Max, “Anyway, he said that she belongs to him so I said she does not belong to him or anyone else so he punched me.”
“Well you shouldn’t say such offensive things, Max” said Jack.
“Jack, that’s not offensive” said Max, “It’s offensive to own someone. That’s what our own planet did to many Banbazoidians, including you and it is wrong. It is okay to want to do the right thing by people but to be owned by someone is wrong. While I must admit being incredibly poor is not exactly a dream life, it is better still to be poor and have freedom.”
“What are you talking about?” asked Jack, “Banbazoidia was great. You were just one of them.” He spat the word them.
“It wasn’t great” said Max, “Jack, truly think about it. You had no freedom. They say jump, you jump. They say kneel, you kneel. They say ignore the deaths of heaps of innocent people, you ignore the deaths of heaps of innocent people.”
Jack stared at Max. He screwed up his face and then his face softened.
“Lies” said Jack, “These have to be fibs. The organisation cares for us and makes us strong and double good.” Jack looked to Bella for support. 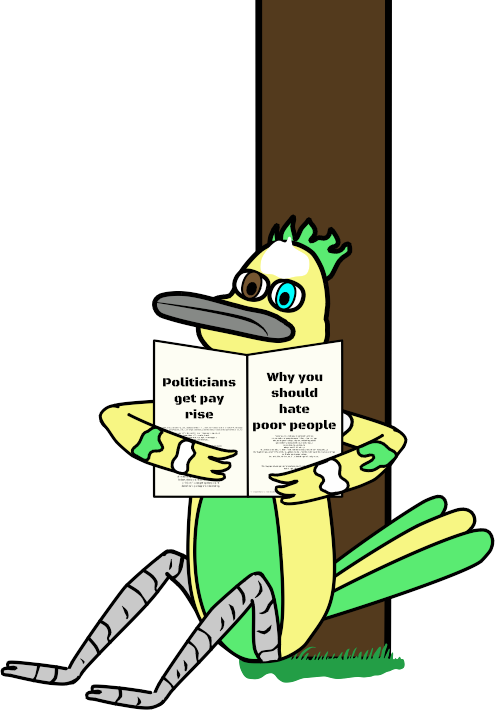 “Bella, tell him Banbazoidia and the organisation were great and that we are cared for and that it is just him and his backward ways that are wrong” pleaded Jack.
“Sorry Jack” said Bella, “I can’t. The outsiders aren’t wrong. Most of them are just poor and born into their situation, but they do have freedom organisation members can’t dream of having.”
“Betrayal” yelled Jack, pointing at Bella. A few workers looked up and stared.
“Quietly” demanded Max, “Everyone is staring.”
“Betrayal” said Jack quieter, “You want to be like the disgusting selfish scum that oppose the organisation? The ones that are poor because they can’t help themselves and should just be dead to stop being a stain on the metal of our Banbazoidian society?”
“It’s not betrayal” said Bella quietly, “I was never with the organisation. I come from a poor background like Max. I’m one of those pieces of disgusting scum that should be dead that you were talking about.”
And with that, Bella stood up and started to walk out of the coffee house. Jack watched her stunned. She turned around and looked back at them. Jack tried to smile at her.
Bella simply said, “Come on Max.” Max stood up and walked off with Bella. Jack watched his family walk off and felt the world he had started to learn about just disappeared down a black hole caused by his own words and behaviour. Jack sat, feeling low for a moment, and then opened another sugar and sprinkled it into his coffee.
‘If I’m going to be confused and upset, I might as well do it fast and silly’ he thought, adding sugar after sugar into his coffee, determined to make the sting of what happened reduce somehow.

Please consider commenting, upvoting or resteeming this post if you enjoyed the chapter. Thank you for reading!

ANOTHER POST OF MINE YOU MIGHT ENJOY: https://steemit.com/music/@birchmark/somnium-why-can-t-i-fall-asleep-animated-music-video (Old but relates - some of the pictures in this post came from this and the themes have some similarity and even though I can't get upvotes on this anymore I still want more people to see my animation and to hear Somnium's awesome song)

Very interesting. I will need to start from the beginning to better understand. But what I've read so far was intriguing.

Thank you. I'm glad you enjoyed it, and yeah it would make more sense from the start. The plot doesn't really move forward super-fast at the start but there's things that happen in the early chapters that are of consequence later (including in this chapter).

These particular chapters were written a while ago when I was part of a writer's group but the whole story isn't finished yet so eventually I'll hit the point that all of the chapters currently written are posted here and I'll be continuing on with the story with new writing, getting suggestions from people for words or phrases to use in the chapters as they come up. We did this in writer's group where we each suggested a phrase or word and then the person running the next meeting choose which one they wanted and we used that phrase or word somewhere in our writing for the week. Some people did one off pieces and some people did ongoing stories like mine. We also had stuff like poetry etc too. It will be interesting once I hit the point of writing a chapter from scratch again since this was a while ago. I can see my writing changing and improving throughout the already written chapters, while still fitting in with the earlier stuff, so I think it will be interesting once I start writing again since it has been a few years (for this story - not writing in general).

Thanks for reading and for yours and the minnow support upvote too.

Congratulations! This post has been upvoted from the communal account, @minnowsupport, by tdre from the Minnow Support Project. It's a witness project run by aggroed, ausbitbank, teamsteem, theprophet0, someguy123, neoxian, followbtcnews, and netuoso. The goal is to help Steemit grow by supporting Minnows. Please find us at the Peace, Abundance, and Liberty Network (PALnet) Discord Channel. It's a completely public and open space to all members of the Steemit community who voluntarily choose to be there.

Thanks for reading. I'm not quite sure what your comment means though.

i explain the language in the video

further problem, i am being downvoted for being in my language, and then i contacted witnesses, and i was downvoted by witness quochuy, samueldouglas, greenstar, and lukestoke