Dakkara the dark elf, (Light in the dark) : A story 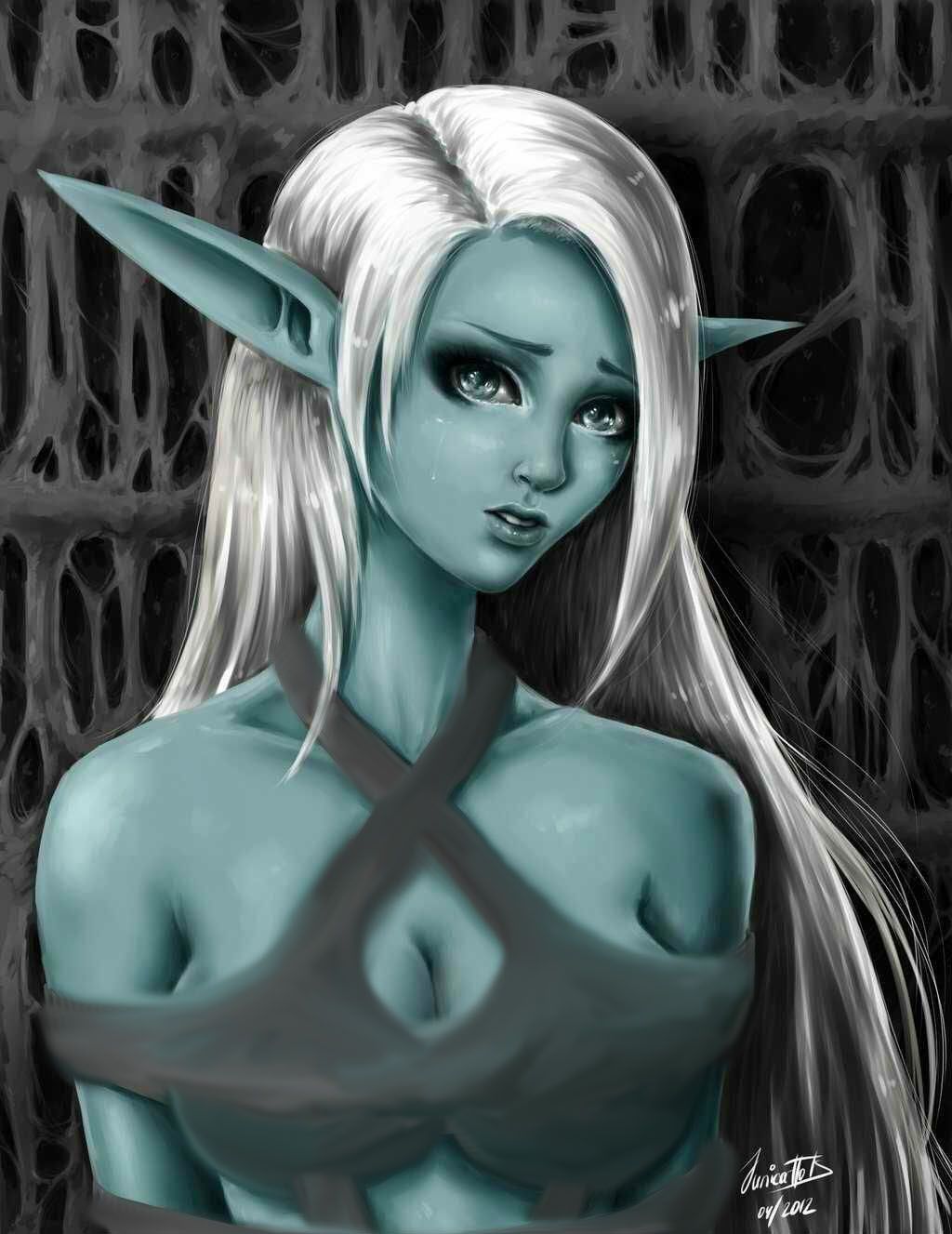 She was mad, and scared. But those were not the kind of things to discourage Dakkara. She knew scared and mad means ready to fight, it means alert it means she must be stronger then the danger. Strongness was flickering in her eyes like fire.

But enough introspection, she thought. She went to retrieve her dagger from her enemy’s throat and then used it to free the elves. ”We must hurry at least.” said one of the previously chained elves with fear in his voice.

Dakkara was intoxicated though. With the fight, with the adrenaline of having made her first kills, with the curiosity of a child. Her eyes sparkled with curiosity. ”In a moment.”. She moved forward and looted the guys she just murdered. One of them had money that she took, and the other carried a bow with arrows. ”Well these will be useful.”. None of them shall survive no more. They’re abominations that’s what they are. Pointy ears and unnaturally colored skin. We move in a week’s time. Find as many as you can until then. Gather information. In one of the thugs’ jackets there was a note, probably written by a superior. These were not good news at all – the humans were getting organised.

See, no one ever let go of the conflict, not even after the Light War ended. Humans were still hunting whatever elves were left and the elves were keeping a grudge on their bringers of misery, their sworn enemies.

Dakkara was concerned, but she pocketed the note and decided she shall deal with it later. ”Let’s go”. The others nodded and they went towardsa the forrest. ”That was brave. But foolish, girl. You could have killed us all dead. And it might not be over, more are coming””Let them.”, she spit through her teeth.

Just as they were thinking they were further enough, two guys shouted at them from the other part of the clearing. A third one, who was clearly the leader, made a sign for them to shut up. He was tall and had a stylish beard with a curled mustache. He was wearing a fancy har. Dakkara could have shot him with the bow from there but she was curious. ”I see you’ve freed the others. Well no matter, we like to hunt for sport – especially when it comes with pretty little elves like yourself, brave girl”. He spit the last words with disgust and sarcasm.

Dakkara was beginning to thing she should have shot him with the bow. Instead she chose to work on her diplomacy. *Well there’s never a better time then now I guess. ”You’re the one who wrote your letter.” ”Pardon?” ” None of them shall survive no more. You’re exactly the kind of brute who fought the war years ago.” ”I think you means won the war, pretty thing” ”Call me that again and I will rip your face off sooner than you might think” *

Well this discussion could have been less agressive but I guess a scared human is the best kind of human, she thought while considering her next options in her head. The rest of the elves seemed scared and unskilled, and the bearded leader looked like a worthy opponent. Think, Dakkara, think.

how long must I wait, to read more of this dakkara?