In June 2017 The state of Missouri was sued for over-exposing foster children to psychotropic drugs.

Now I am not saying that there is never a need for some of these drugs. However I personally feel that in general these drugs are being overused. But for the children that are in state custody there seems to be a blank check written for them.

The article states that "around 30% of the children that are in care are on some form of Psychotropic Drugs. This is twice the national rate. Side effects of such drugs can include sleepiness, nervous tics and suicidal thoughts." Among other things.
If you wish to read the whole article here is the link:
https://www.reuters.com/article/us-missouri-lawsuit-foster/missouri-sued-for-over-exposing-foster-children-to-psychotropic-drugs-idUSKBN1931UL 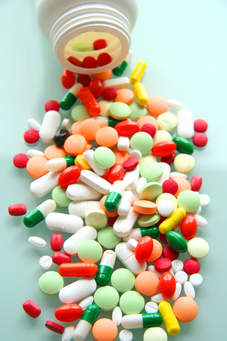 So who is looking after these children and deciding if there truly is a need for the drugs? Apparently they have been allowed to overuse them. Some states, including Florida, Texas, California, New York and Illinois, have taken steps such as requiring court authorization for psychotropic prescriptions. If some states have been able to inact laws that are meant to protect the children in care from being over prescribed these drugs why is it not a law in EVERY state and country. Every other decision that is made that has a life changing effect has to be ordered by a judge. So why not a drug that has a known side effect of suicidal thoughts? Why is it so easy to put the children on these drugs? It has been said that it is easier for the adults to just put the child on a drug to control their behavior than it is to deal with the emotional issues that so many foster children deal with. Some have even been diagnosed with PTSD.

Another article stated the following.
"Kids in foster care are being prescribed these drugs at a higher rate than other children. In 2010, the Tufts Clinical and Translation Science Institute estimated that the rate of psychotropic medication use for youth in foster care is anywhere from 13 to 52 percent, compared to about 4 percent for youth in the general population. And a 2014 Government Accountability Office (GAO) report found that at least 18 percent of children in foster care were taking at least one psychotropic medication. Some of the medications have not even been approved as safe and effective for children by the FDA."
This is a smaller article and If you wish to read the whole article here is the link:
http://www.childrensrights.org/our-campaigns/5605/

Clearly this is an older article but the statistics are alarming. Far too many foster children are on psychotropic drugs.

While some are not approved safe for children.
This statement alone should send you screaming and wanting them to STOP. You see children's brains as they are growing they have different chemistry than an adult brain. So if it is not safe WHY are they given these drugs in the first place? And at such high rates? Could it be because the state gets more money for each child they have in care on a psychotropic drug? I think it does, why else would they force these children to take them? 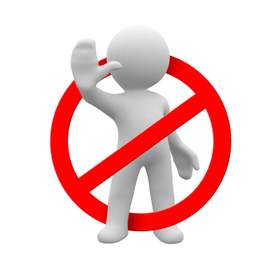 Please spread this message by resteeming it and sharing it on Facebook and other social media. And upvote it.
Please also consider Following . I will talk more about this subject as I gain more strength. This is still very hard for me to talk about as it brings up so much emotion.

As I fully support the #familyprotection movement and one day hope that the states and eventually the government will have to answer for their many crimes I will donate 25% of ALL the rewards generated for this and any other future posts on this topic. to #familyprotection.

And as always Thank you for taking the time to read this post. it means the world to me to finally have a place where I can speak openly and without fear or repercussion.

The power of the medical mafia in the United States is appalling. Not only do they bilk the insurance system and the private, for-profit hospital system, they also rip off the taxpayer through programs in the prison system and what you have shared, foster care and other institutionalized care programs that are partially or wholly funded by the state.

Our solution here at Phuture Gains consists of a free medical marketplace that makes access to the most effective treatments a reality. By having a truly integrated medical system, the cost of care will be cut, patient outcomes will improve drastically, and the smoke-and-mirrors of the public/private partnership-style agreements will be replaced by a transparent and beneficial system for all.

Until then, we advocate patient/consumer awareness of the dangers the current system poses to the individual and the collective. This is to encourage preventive care and reduce the interaction with the currently corrupt system, to choke off excessive profits they in-turn use to lobby the Legislative Branch and use to slip in shills in the Executive Branch. The next step after their war chest gets reduced is to take political power back to steer the system in the right direction.

It is a shame that we have to fight against these things so hard. If it did not line the wallets of so many people maybe this would not be going on. the reality is the states stand to loose billions of dollars each year if CPS does not steal our children and force feed them drugs.

Psychotropic Drugs are also linked to mass murder gunmen, many of which are needlessly taking the drugs when they commit the mass shootings. I know this is a conspiracy thought, cut could it be possible that the overuse of the Psychotropic Drugs be an intentional effort by the powers that be to disrupt society. Perhaps create violence mass murders in the youth and young adult and lead to the gun disarming of a country and society. They blame the weapon rather than the drug which is helping to cause the violence and murder. Thanks for sharing.

Yes this is true. Prozac was commonly sold on the streets in the 90's as a clean acid trip, meaning you do NOT get the coming down "dirty" feeling like LSD when it wears off.

Prozac will give you hallucinations just like most of the SSRIs.

this is very possible. There are so many people on these that if the insurance companies stopped paying for it one day we would not be able to recognize this world. The chaos would be great as a result.

These children, because they do not have a safe harbor to turn to when needed, can develop dependent personality traits that in many cases are externalized in the consumption of substances

yes this is true. Sometimes they are left with very deep scars and later on in life they can not deal with it.

Being a medical professional and knowing the side effects of these drugs on an undeveloped brain, it is very dangerous to put them on these drugs.

You can create permanent damages to the brain that is undeveloped at this age.

Some of the side effects of these psychotropic drugs is that it causes suicide, panic attacks, hallucinations which will make them more dependent on the drugs and probably another drug to counter the side effects.

You also can NOT get them off immediately on these psychotropic drugs because it can cause serious hallucinations and instability in the mind.

yes this is true. This is why when I was forced to take these drugs and I told them that I would not take them after they released me they kept me another 3 months. During that time I refused any pills they gave me. I honestly feel that sometimes when I space out it is a side effect of the drugs I was forced to take. It bothers me now more than before as my children are getting older and they make me more aware of when I do this.

Most of these kids are neglected emotionally. These psychotropic drugs are not the solution.

What they need is comforting support with a lot of love so they can grow up trusting the world and mature into responsible adults.

It is not a solution but it seems what they are doing to not have to deal with the real issues.

thank you so very much. I wrote a longer reply on your post.

I guess this is one of the ways to keep them under the governments care so that they can keep making money on them. Disgusting it is.. but this way they can say the child is a problem and will stay under foster care .. this is how I see it. So this way they can diagnose them with whatever mental problems, instead of dealing with the real problem.. I feel for those kids..

I was one of those kids. I spent time in a hospital a few times because I would refuse to take the pills.

Oh my god, thats terrible.. sorry to hear that :( People that do this to kids should be deeply ashamed! Terrible..

I will tell you all about it. There is still so much to tell about.

I will read them, of course.. no more silence...

Congratulations @curlfamilyvlog, this post is the sixth most rewarded post (based on pending payouts) in the last 12 hours written by a Newbie account holder (accounts that hold between 0.01 and 0.1 Mega Vests). The total number of posts by newbie account holders during this period was 4931 and the total pending payments to posts in this category was $5431.48. To see the full list of highest paid posts across all accounts categories, click here.