Facebook's ship is sinking. Will Steemit's be the lifeboat to keep us afloat?

Though Zuckerberg has only just recently announced his intention to radically tweak Facebook algorithms, I have noticed a drastic drop in views for some time now. This suggests that these algorithms have already been at play, as neither the style nor content of my posts have wavered throughout.

Meanwhile, those who post the most arse licking-est of politically correct views seems to have been spared from the cull.

The question is whether a reasonable society is one where power can be concentrated to such a degree as to allow a single man impose his personality, political and moral views upon millions and millions of people?

The race is on for the internet. Time to hurl yourself overboard. The Facebook ship is sinking.

Will the blockchain lifeboats save us in time? 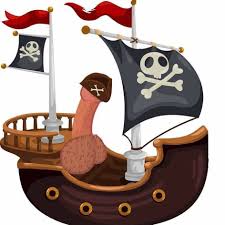 Congratulations @megleechin! You have received a personal award!