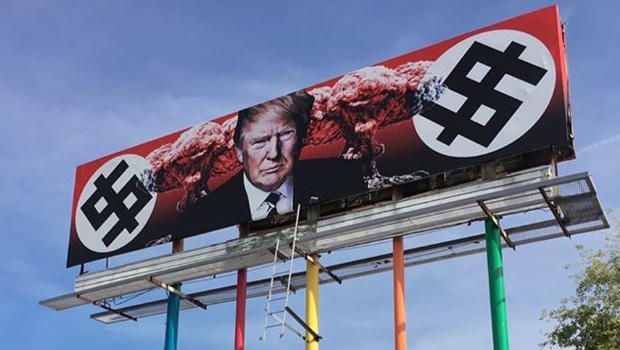 Sometimes you drive by and you see billboards and advertisements thinking "Darn, are they really that desperate?". One can drop the advertising level so low, it makes you wonder about their agenda.

When this happens one starts questioning the motives and the topic/product that is being advertised. Usually small details can give out the client's pathos about what they are trying to do and how they are trying to accomplish it. The inexperienced uses large letters and an array of colours in order to emphasize their product/idea. The pros are rather more subtle but you can still spot the desperation in the details.

This is the case with the latest Facebook advertisement — supposedly promoting equality and leadership in girls. Now, there is nothing wrong with women being leaders or treated equally. What's messed up is the assumption that a specific group e.g women, are treated unequally and thus need a specific reminder in order to "balance" the scales. I wonder though. Is there a balance of CEOs who happen to be short, ugly, bald in respect to the ones that are tall, handsome and with a full stash of hair? Certainly not. Extensive polls have demonstrated over and over again that tall and beautiful people get financially rewarded more and aquire leadership positions.

The obsessions with trying to make specific groups "equal" such as the ones based on race and gender is exactly what makes something racist. There is nothing more unequal and unfair than trying to make unequal things, equal. We are all different. We can arbitrarily group anyone and anything under different categories yet, somehow, the "progressive modernity" — as I like to call it, chooses specific groups and belittles them. They manage to promote them as inferior, yet they accuse of racism those who point the elephant in the room. Ironic

Men and women are different. People of different countries and races (yes races) are different because we all grow up in uniquely different environments that also includes generic stereotypes. No person is equal to anyone. Not even the same person is equal to themselves at different times of the day. The Marxist wet dream has long perished due to the sheer lack of misunderstanding about how the natural world works. 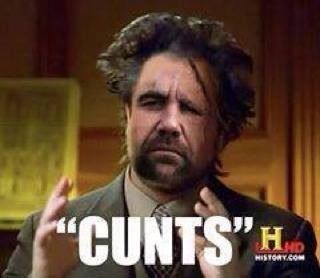 What facebook and other politically affiliated social media are doing is nothing short of propaganda — an intellectual travesty if you like. It makes one question the farce of "equality" which has extended in all facets of society in order to accommodate specific minorities for political milking. This is one of the reasons I rarely visit Facebook and why places like Steemit become vital in preserving our sanity. When political parties become so desperate for votes that they spread their agenda in everything we interact with, it makes one question the very nature of our social reality.

One time they completely shut down my ad business, even though there was no policy violation, without warning. I was out of business in an instant.

I upvote all comments and replies to all of my post to help my fellow Steemians earn Steemit rewards and gain voting power! We should all do the same to help build the community.

Its about creating a good content. But the thing is that the lack of curators makes a lot of good content invisible and once the post is one day old no one even looks at it.

yes, so true and they bots looking over posts and making decisions without context. It can be very frustrating.

I looked at that "post" on my wall I my reaction lasted 0.75s as my inner voice said "good for them". And I moved on.

Please take your time to learn about a women who is actually beautiful, brave, badass, courageous and imprisoned for Sniping ISIS and saving sex slaves:

Is that billboard real....?

In Saudi Arabia women have just been allowed to drive; and for the first time are allowed out on their own, and can now make rape accusations without a male witness.

Maybe women aren't marginalised where you are, but they are in many places around the world.

I don't understand why this issue gets so many people so triggered, it's a positive message, just chill out, ignore it if somebody calling for/boasting about equality enrages you so much.

Nothing is wrong with celebrating women. When was the last time you saw celebration of men though? Why the distinction?

What's wrong with promoting non violence/equality towards women, who are often marginalised.

This is a bullshit statement. People are marginalised. Not women. Some people are. Some are not. Focusing only on women is what becomes problematic.

In Saudi Arabia women have just been allowed to drive; and for the first time are allowed out on their own, and can now make rape accusations without a male witness.

Why do you think? Saudis have become enlightened or did they do it for political leverage (much like the rights of women and blacks in the states right after World War).

Maybe women aren't marginalised where you are, but they are in many places around the world.

Again. Men as well. E.g poor men. black men. ugly men. short men. They are all marginalised. So what? Are we going to have a special day for every kind?

I don't understand why this issue gets so many people so triggered, it's a positive message, just chill out, ignore it if somebody calling for/boasting about equality enrages you so much.

i explain in detail why. You fail to grasp the point.

Again is you still don't get it. Have you seen any movements about trying to equalize how we view people with zits? If not why?

facebook is nauseating ... I have been gradually distancing from it for several years now...with steemit I practically get back at it because of steemit groups that have a page there...other than that, I can say "AM OUT" that detrimental place!

Facebook has gone completely stupid thanks to the revelations that they sold FB ads to Russians to affect the U.S. election. Plus, they've messed with their algorithms and have affected blogging news sites. I'm a writer for one and our views (which are like 90% from Facebook) have dropped tremendously. I get the issue with fake news, but the financial security of many are affected.

Not to mention the price of ads is funky now. It was NO issue scoring likes for less than 0.10 when I did them for other pages. Now? Not so much.

Here we go again.. this is how you destroy the nation

True and right to the point, you typed hijab wrong though.

This is a good resume

There is nothing more unequal and unfair than trying to make unequal things, equal. We are all different.

I think I need to get offended because I can't relate to any of the characters in the facebook add! 😤

I was in tears by the end of this post, because of immense laughter and joy of finally the truth is out.

thanks for sharing friend

Congratulations @kyriacos, this post is the seventh most rewarded post (based on pending payouts) in the last 12 hours written by a Hero account holder (accounts that hold between 10 and 100 Mega Vests). The total number of posts by Hero account holders during this period was 248 and the total pending payments to posts in this category was $3631.17. To see the full list of highest paid posts across all accounts categories, click here.

Am female. Dont need Facebook to tell me I'm badass.
And they certainly dont speak for me! The second that women, men, or anyone else allows FB to speak for them, they've already lost their voice. (Along with their privacy).

I quit facebook along time ago and then finally deleted by profile.

You almost have to lack a single brain cell to see it was just another form of propaganda and brainwashing.

Why would anyone what to give zuckerberg the rights to your intellectual property so he can make money from it.

Steemit is a much better platform.

Very good post CONGRATULATIONS friend i support for your every thing post,good luck