I’ve been posting a lot about 1918, but today I’m gonna take a break from it for a bit to look at the Philadelphia cultural sector in 2018.

We’ve been talking a lot in our non-profit management class about what’s broken in the sector. One of the answers we’ve come up with is that the Philly cultural sector is focused on outside tourists, and does not really engage native Philadelphians. They won’t come in to museums like tourists do. However, what if we take museum exhibits to them? 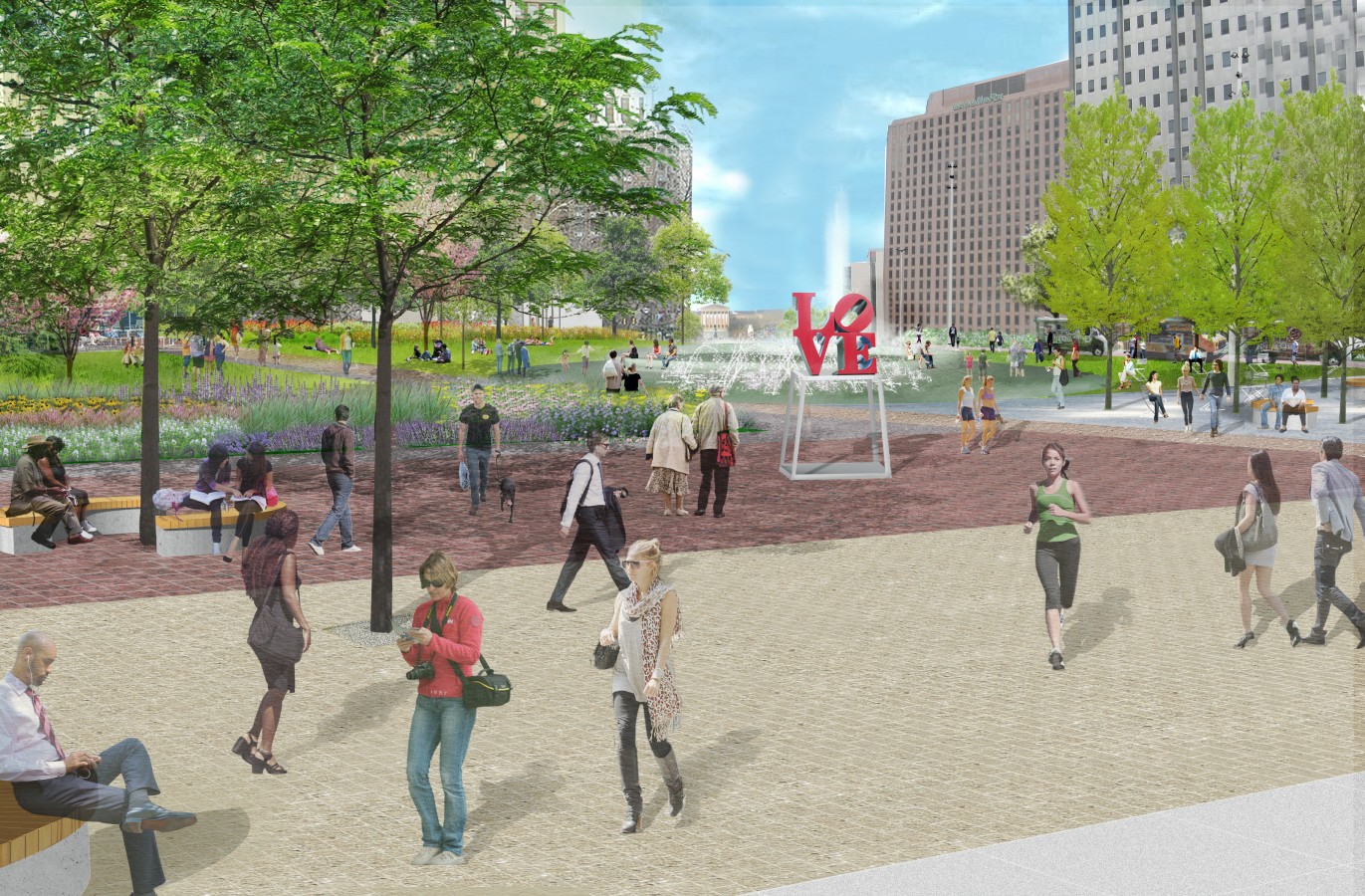 What if we set up an exhibit here, in Love Park? Photo credit: PhillyMag.com

One way to do this would be a travelling outdoor exhibit. @dduquette, Adrianna Rosamilia and I, in a previous class, developed a plan for a mobile Spanish Influenza exhibit (yes, 1918 has been a theme of grad school so far) which would be set up in various parks around the city. We think a model based on this would be a good solution to the problem and engage local Philadelphians much more than typical museum exhibits. Here’s a short description of what we created:

The pop-up exposition would be a series of tents that will be set up in parks, community spaces, and other public venues. In the center of the exposition is a tent containing the unchanging content of the exposition. This would briefly cover the science of the Spanish flu, the basics of the flu’s outbreak, spread, and impact globally, as well as the basics of the flu’s impact in Philadelphia and the city’s response to the outbreak. It would also include some context about the time period contextualizing the flu, as well as information connecting the epidemic to modern epidemics such as Zika and Ebola, and information about how herd immunity and vaccines work. These topics would be covered by label panels, anatomical models, pictures, an interactive map/timeline, and a replica small clinic setup with medical tools and costumed interpreters. To ensure absorption of information presented, within each part of the exhibit there will be informational pamphlets which provide overviews of the different parts of the exhibit for visitors to take home.
In addition to the main tent, location-specific content would be provided under tents surrounding the periphery. This content will cover several topics such as how the flu affected women in Philadelphia, the African American Community, and People with Intellectual and Developmental Disability.

So what are some of the advantages of this model? First, using highly traveled public spaces like parks allows it to attract audiences who don’t normally seek out and visit museums. Also, it’s free, making it much more accessible to those audiences. Second, its mobility allows it to reach more audiences and more diverse audiences around the city. These different locations also allow location-specific content for local audiences--and may even give visitors at who saw it at one location reason to journey to the other locations later for the additional content. Third, through its nature as highly public exhibit, it gives Philadelphia cultural institutions an opportunity to come together as partners and build positive relationships with each other while broadening and strengthening their public image. 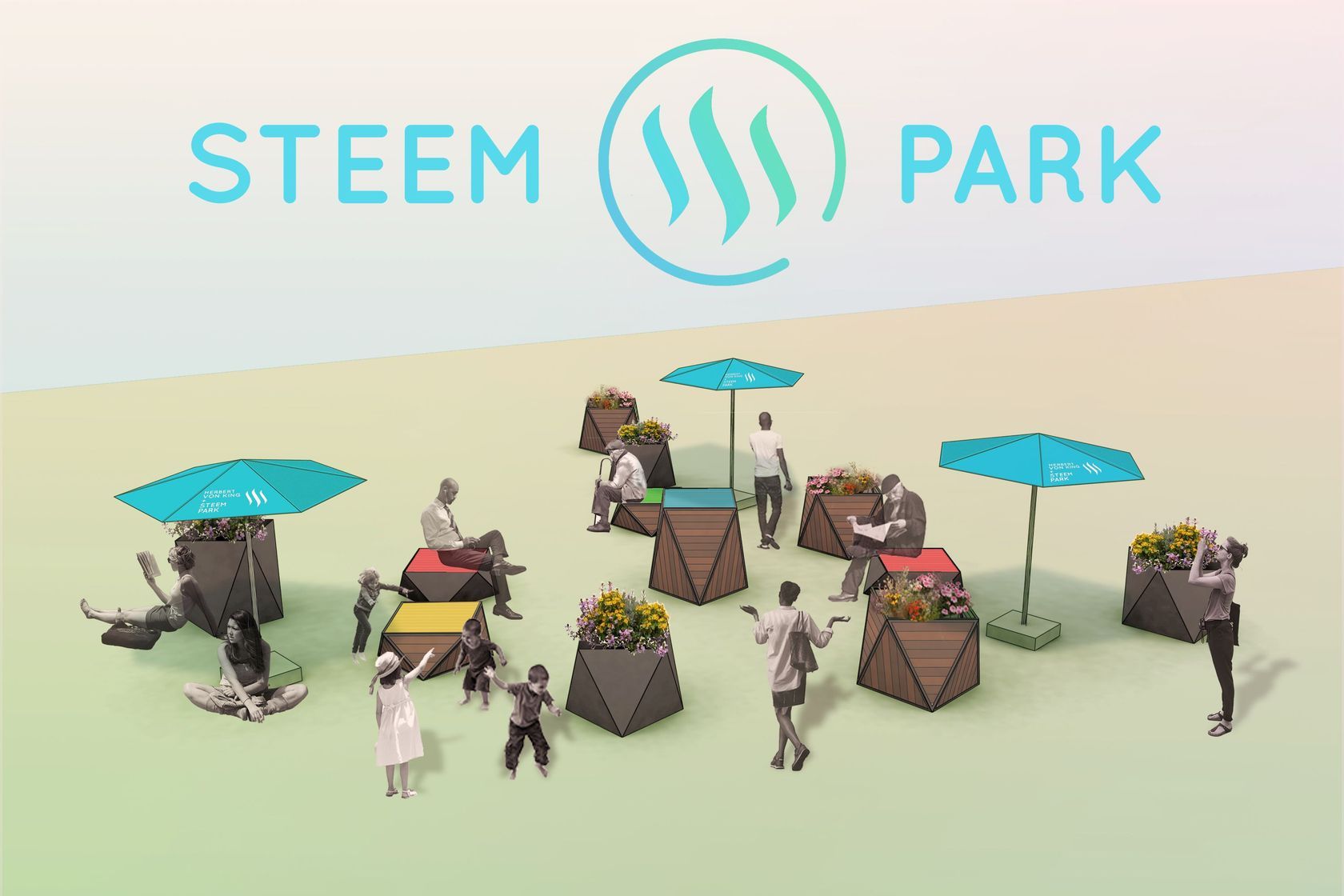 Drawing of the Steempark project. Photo credit: Post by @hitheryon.

Of course, getting funding is central to our ability to put on this exhibit. Before, this would mean applying for grants, seeking donors, and doing other fundraising. However, the success of @voronoi and @hansikhouse in creating the #Steempark project proves that Steemit is a viable way to raise funds for our exhibit.

My colleague @dduquette discusses this further in part 2 of our post. Check it out! But before you do, help us continue the conversation in the comments: Would you stop at a pop-up exhibit about local history in a local park? What would draw you in? What would keep you away?

Good work Derek(s)! Love the collaboration and the fact that flu carnival still lives sort of! I think @phillyhistory is right that it could seem confrontational (similar to petition folks or frat boys collecting coins for the children's hospital). The key would to not harangue passers-by and put it in a place where at least some percentage (50%?30%?) of folks aren't rushing to a subway or something. You pose very good questions!

I think using the parks ensures that at least some people are coming for the park itself and not just rushing by. However, we would have to focus on weekends and after-work hours to draw a bigger audience.

I think it's a challenge to create an engaging exhibit in a space where the public isn't ready to be engaged quite that way. Not that it cannot be done. After all, a lot of public art (permanent and temporary) is exactly that. But what about those didactic panels about the history of the Reading Terminal in the way of commuters? Good intentions, but are they effective?

True, it would be quite a challenge. We would have to do a lot more than just setting up labels. Perhaps the temporary, event-like nature would help us attract visitors? It seems like other events held in the parks are often successful--maybe an analysis of them would help us find what works and how we can apply that to our exhibit.