Playing games in Skype - my experiences of the past #3 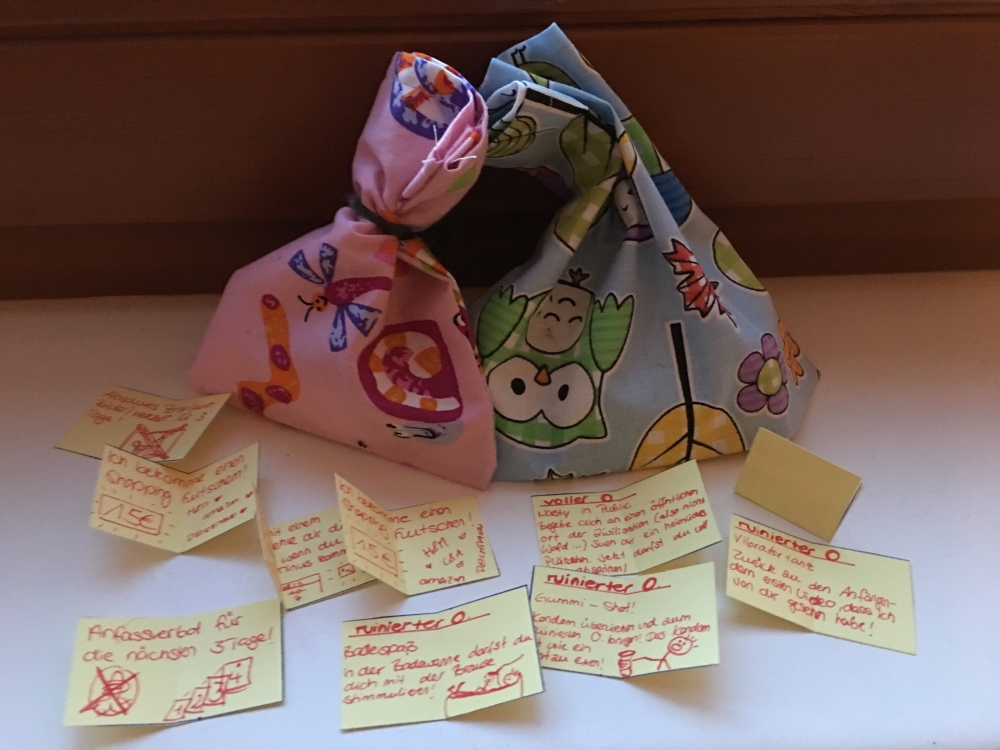 Two little bags with rewards and punishments for our games.

It's time again for my series: Experiences of the past.
This time it's a game in Skype I played with and against my Mistress. A very exciting game but also very frustrating sometimes.

That's how it worked

About every week we met each other in Skype and played a few rounds of games. Games were:

The rules were pretty simple. The better player wins and gets a reward. I did also get a punishment for losing. In the top picture you can see two different small bags. Every one had small yellow cards in it. The blue bag was my reward bag. If I did win I was allowed to draw one yellow card randomly out of it. The pink bag was my punishment bag. If I did lose I had to draw from it. My Mistress also had a bag but just one for her rewards. Of course my Mistress gets no punishments :D It was filled with different instructions for orgasms. Mostly ruined orgasms but also some full ones. Every card was different. For example having the orgasm outdoors.

It had cards in it with different prizes I would buy her if she draw it. For example a new dress or oil for her body. A lot of stuff she liked.

It had yellow cards with smaller and bigger punishments in it. One for example was no touching for a week or a harder one was no orgasm for a whole month. Every time she won the game I had to draw from it.

One day in the future we plan to play these games again but on the same table when we live near each other. I'm looking forward for this time to arrive.

Do you like the concept? We would love to hear from you in the comments about your opinion and maybe your ideas. Thanks for reading!

This game sounds amazing! what a fun way to win rewards and punishments. If course she gets no punishment. hehe, where is the fun in that!