Why Kik Kin ICO Could be MAJOR Profit Opportunity 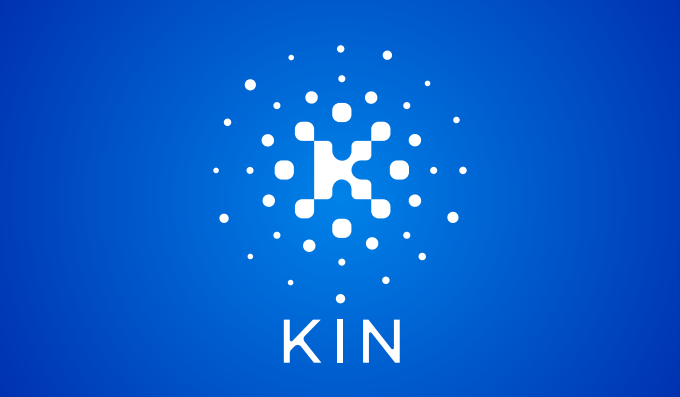 My crypto senses are tingling...

If you're not familiar with Kik Messenger, it's important to realize the significance of this platform before evaluating the Kin token. Here's some stats:

In short, Kik is a BIG deal. It's especially popular by the younger crowd, which has historically been on of the major criticisms of the platform. 3

Kik first introduced "Kik Points" in 2015, and has historically been a leading innovator in the chat application space (first chap app to become a full platform in 2011, and first Western platform to integrate bots in 2014). The Kik points functioned as a digital currency used to buy in-app items and services while still maintaining privacy and the consumer experience. The next logical evolution of this monetization model was to expand this asset beyond the limits of the app, and the recent boom in cryptocurrency development has finally made this a possibility. 4

The Kin token is an Ethereum-based ERC20 token that will be used as Kik's primary transaction currency. Kin will sit at the center of monetized content creation, curation, commerce, products & services, merchants, developers, influencers, and more.

When I first heard about Kin, I immediately thought about the popular app WeChat. Although it's primarily used in China, WeChat had over 889 million users in Q4 2016 along with a slew of other staggering statistics. 5

One of the major reasons why WeChat is so popular is that it is widely used as a payment service for all kinds of things from bills to goods and services from stores. If Kik manages to bring a WeChat-like experience to the Western world, the potential reach could be astronomical.

While this post isn't an ICO review, it is worth noting some of these fundamental aspects:

See the whitepaper for details.

At this point, Kin is looking like a solid project that makes a lot of sense. There's some concern about the amount of Kin being issues during the ICO (only 10%), but I think the majority of this worry is due to people not understanding where the rest of the tokens are going. If the devs were taking the other 90%, yeah, that would be a massive red flag, but that's not at all what is planned.

So what got my attention and motivated me to create this post?

If you go to the registration page for the Kin token distribution event, you will be greeted by the "know your customer" (KYC) page asking for full name, DoB, address, and government ID.

Since Kik is based in Canada, I'm not at all surprised that there are more invasive requirements for participating in the ICO. While I think this is in the best interest for the company, it certainly will prevent some from participating. In fact, I think it could be a pretty big deal...

If people are too concerned about their personal information, they may skip this ICO and leave it to the whales. I anticipate that there will be fewer investors, and the investment amounts will be larger, resulting in some whales owning significant portions of the total supply. If this happens, there will be much less market competition when trying to flip the tokens, and the prices may skyrocket.

Additionally, many people will try to grab Kin as soon as it hits exchanges rather than give out lots of information to get it at ICO price. These people could definitely find themselves profit, if they get them early enough. There's a lot of hype in the market right now since 0x held such a successful ICO, and many people who missed out may FOMO over Kin once it becomes tradable.

Ethereum is looking at a (beneficial) hard fork in late September. Depending on whether the Kin ICO happens before or after this update (and resulting price changes), my strategy could change. It seems like it would be in the interest of Kik to hold the ICO before the update and sell the crypto after the hard fork happens, since there's likely going to be a minor price increase.

However, if the Kin ICO happens after the hard fork, there should be less incentive to hold ETH rather than have it tied up in an ICO until the tokens hit ex changes.

There is still more information about Kin that hasn't been released yet, but will be before the ICO. In my opinion, this is definitely a project worth keeping your eye on.

Nothing in this post should be considered financial or investment advice. It is your responsibility to do your due diligence.


If you liked this post, hit it with an upvote and consider resteeming it so others can see. If you'd like to support me directly, you can send Ether and ERC20 tokens to Tomshwom.eth.

Nice review of the this ICO. Since this is already an active product / market this could be a great opportunity.

I've never heard of this ico. It's a nice post. Good work.

Just registered for participation. Have to read more of course before giving them my pennies. Don't like this Polo-like shit with passport scan, selfies, all this shit but OK - sent them selfie with the dog, they ate it (would I be a fisherman, I'd better sent them selfie with big fish ;-)). 0x registration with Civic looked much more professional

The 0x registration was pretty nice, but Kik is a big enough company that they can't get away with doing anything without the most strict policies or the government would eat them alive. I'm not terribly worried about giving them my info since they are a proven company with years more experience than a lot of these new crypto startups.

Great summery, thank you. Did you see anywhere what the cost-per-token during the ICO is? I can't find it (though I'm sure that's just me).... Thanks!

I am a bit worried about this ico. They are still over 100,000 eth away from their goal and the amount of eth being invested has really died down in the last few days.

This is not necessarily a bad thing. If the ICO doesn't sell out, they are adjusting the percentage of tokens in the other remaining divisions so that the total distribution remains the same. That could potentially reduce the total amount by as much as 20%.

If you're worried about interest, remember that all the buyers were pre-registered. It's not that interest is dead, it's that nobody can get in now. More and more are hearing about it and waiting for it to be tradable, especially those who couldn't/didn't want to do KYC.

Demand is there and going up, supply could be shrinking significantly. All points to large gains.

I am a bit worried because there is little press/blogging/youtube vids being posted about it since the ico was released. I thought this one would get lots of coverage because it is the first big company to implement a public blockchain platform.

More buzz about China, Metropolis, Kyber, and other stuff. Crypto moves fast and forgets quickly, but I'm sure it will pick up once Kin is tradable.

Good point. I wanted in on Kyber but it was not available in the US.

This is your chance to get rich. If you're reading this 2 months away, you missed your chance.

I recommend that you enter https://wcex.co/?ref=urq1g3D you will get 50 free WCX Tokens and 15% if you want to invest, this currency is now in the PRE-ICO stage and is the best time to invest!

I recommend that you never comment on my posts again.

hahaha ok bro thanks for all

guuuys wcx is a huge SCAM. Don't destroy your reputation by sharing unverified crap. Do your homework man. I hope you didn't advice that scam to your friends and family. Check bitcointalk, reddit, ... a lot of material. If you had just had a look for one second you'd have seen that there is no human being ever related to that ICO. No names, no photos, no links. Plus they had an ICO in september, now they doing it again on october..