jenyftblockchain (27)in #ethereum • 2 years ago

I have broken it down, and pasted it below with a link to the archived feed and pictures in case you cannot access it.

2- Using the examples provided by the Twitter user, Vitalik responds with this:

3- The men continue to have a conversation, which I have pasted here:

Vitalik Buterin‏Verified account

@VitalikButerin · 20m20 minutes ago
Establishing a general norm that "a person's laptop is an extension of their mind, and is inviolate" can IMO have social benefits.

That's where I see Rick F coming from.

Omeid‏ @DaPerzer · 19m19 minutes ago
I will have to think about that view more. 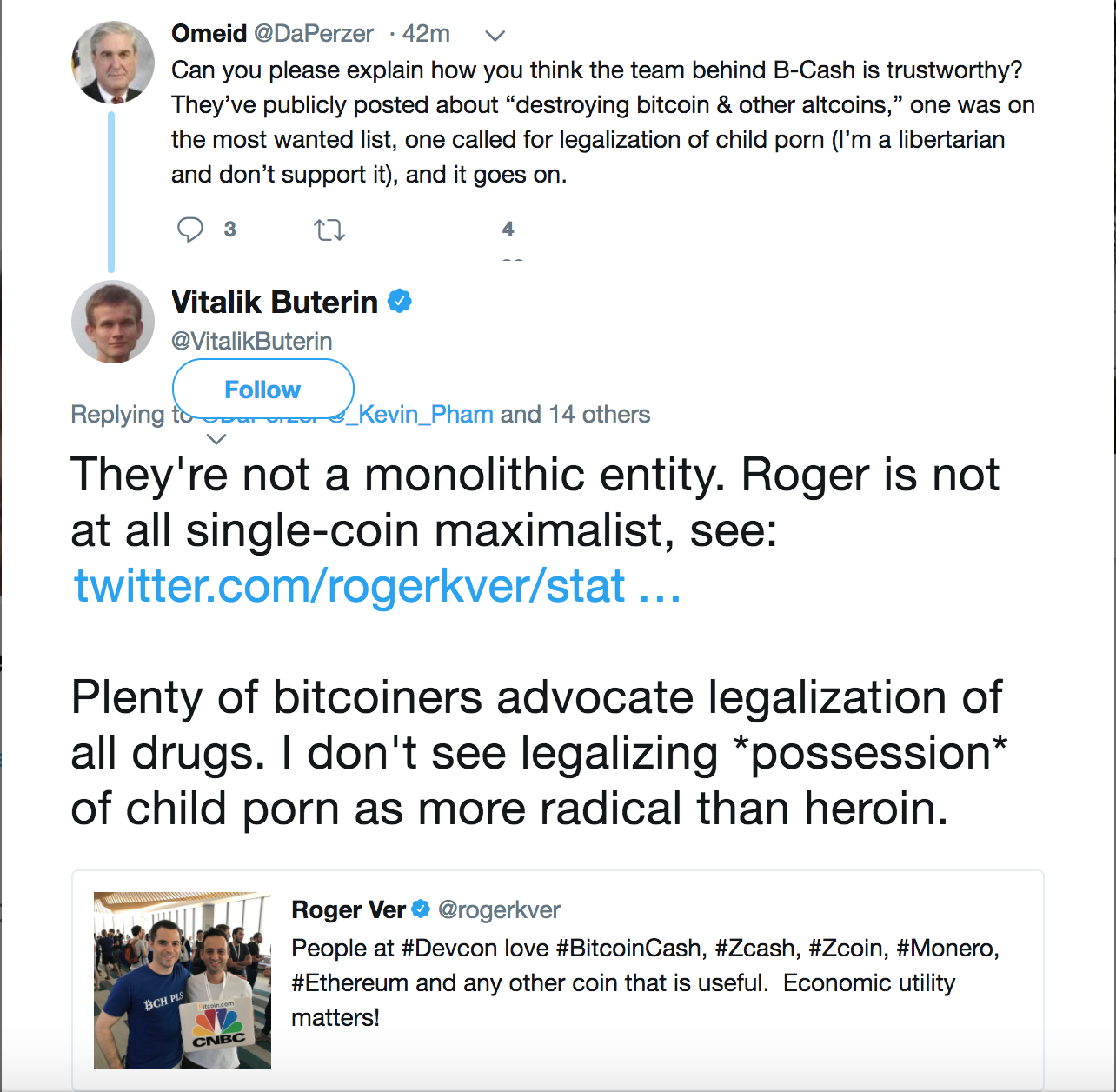 These tweets have been taken out of context and do, - of course-, look terrible, but they are not reflective of his personal beliefs on child pornography.

Here is the link the controversial archive ( https://archive.is/sTUZU ), and here is a picture of his response when confronted on his personal feed. Feel free to investigate yourself with the link here as well (https://twitter.com/VitalikButerin/status/930289371999232000 ) . People at #Devcon love #BitcoinCash, #Zcash, #Zcoin, #Monero, #Ethereum and any other coin that is useful. Economi… twitter.com/i/web/status/9…

I may implicitly comment indirectly, eg. "PoS is better than PoW", but the goal will be to lay out what I think are… twitter.com/i/web/status/9…

The problem with playing devil's advocate is that you have to advocate the devil to do it.

Spam is discouraged by the community, including comment spam.