Impoverished Haiti is a big public policy problem. In September 2013, the the leftist Chilean government agreed to give US$2 million to help build homes and infrastructure in the poor nation and another US$3 million to support its government and primary education. Besides perhaps Bangladesh, there is no poorer country in the world today than Haiti, a terrestrial hell riddled with shanties and hungry people. In March 2017, the same Bachelet government pledged another US$500,000 to rebuild the Republic of Chile School in the Haitian capital. In conjunction with countries like Germany, Chile has also sought to promote entrepreneurship on the island and help nursing mothers by providing them with welfare benefits. 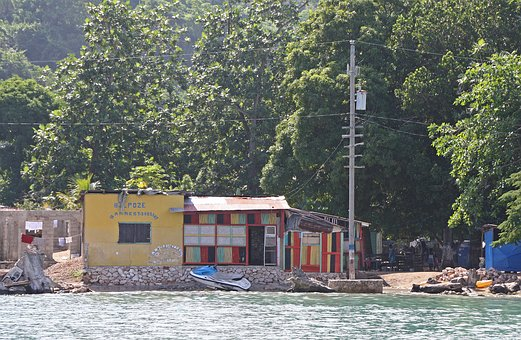 Nevertheless, other Chilean support for Haiti is a bit more insidious, such as its participation in the U.N. mission to stabilize Haiti, along with initial partners Canada, France and the United States. Accordingly, Chile stationed 300 to 1,100 (as U.N.) peacekeeping troops and police per year in Haiti for over thirteen years (12,395 in total, 98% men, which ended on June 30, 2017). Some authors claim that Chile only participated so as to make the U.N. military presence look less like an imperialist-only control fest, and that in reality the United States has been running the show in Haiti, even manipulating its political powers, for many decades.

Apart from this alleged conspiracy, the presence of Chileans for over a decade in Haiti had the effect of creating friendly bonds between the two groups, thus making Chile a natural destination for many prospective Haitian emigrants. The aforementioned millions of dollars in foreign aid probably has not hurt Chile's image either in the mind of Haitians. Moreover, since 2016, the Chilean government has been cooperating by allowing them speedy access to obtaining residency visas.

The reason for facilitating Haitian visas is not because Chile has some tacit accord with the United Nations or leftist-globalists, but rather because Chile needs immigrants that can provide labor services in order to promote Chile's economic growth. Chilean employers claim to have found immigrant labor from Haiti and Venezuela to be very advantageous.

In Osorno, an apprentice program offered for Chilean and immigrant youth (ages 18-24)—who have Chilean citizenship or proper residency visas. Under that program, the employer will receive a subsidy equal to 50% of the minimum wage for hiring a young person—an imbecilic leftist policy of the Servicio Nacional de Capacitación y Empleo (SENCE) that causes market distortions. While libertarians favor voluntary contracting of immigrants, they oppose subsidizing the labor of anyone with tax money (with the possible exception of encouraging populating remote areas for national defense purposes).

Chile offers other leftist subsidies and state benefits, too, but they likely do not make immigration much more attractive. A relatively small percentage of immigrants have been able to access public housing subsidies, especially in Santiago, Iquique and Antofagasta, after attaining permanent residency (typically eighteen to thirty months after arrival). Most of these subsidies are only available to people who have homes damaged by the 2010 earthquake, those who are making repairs to their homes, or those making their uninhabitable homes habitable again. Newcomers will certainly not qualify. Some municipalities offer first-time home buyer subsidies for very poor people, mainly single mothers who are citizens or permanent residents. Again, not something that is readily accessible to newcomers from Haiti.

If an immigrant stays in Chile until age 65 and has an AFP (private social security) pension under 310,000 pesos per month, having lived in Chile at least twenty years (plus four of the last five prior to application), and can demonstrate that they fall within the bottom sixty percent of income earners in Chile, he can apply for a subsidy at that point. He will still be poor but will have a little more. Yet, do such distant future benefits, if they still exist, provide much incentive to immigrate to Chile now? Such "welfare" benefits are nothing close to the institutionalized welfare states of Europe and North America that attract welfare-seeking immigrants.

Public hospital use is probably not a sufficient reason to come either (who wants to be sick?), and as bad as "free" public schools are, they are still the normal channel by which immigrant children assimilate. All such infrastructure will have to be expanded as immigrants come in, but this will probably be offset by rising tax revenues from working immigrants. As a libertarian, I detest all subsidies and any other "programs" that robs from one group and gives to another. I want to be clear about that fact. However, my focus here is on whether such state "benefits" in Chile will enter into the decision variables of prospective immigrants. From what I can tell, they would influence it very little. Poor immigrants mainly seek short term or immediate relief from their misery, not distant future benefits.

Here is another (evidently overlooked) future bonus for libertarians to be garnered from legal immigration: Haitian and Venezuelan immigrants that have been victims of failed leftist policies for years (especially Venezuelans) will be able to vote after five years of permanent residency. Is there any doubt that they will be voting for rightest candidates and libertarian ones that welcome immigrants and do not promote leftism? Chile has been a friend to Haiti for a long time. Still on the books is a 1984 treaty between Chile and Haiti, including a few extensions and modifications from 1989 to 2017, to promote science, technology and nuclear research. There have been a few other items as well over many decades, but nothing has been more notorious than the massive immigration of Haitians since 2015. After the rest of the Caribbean's nations basically closed their doors to Haitian migrants, Chile has begun to welcome them with open arms.

Several airlines (e.g., American, Copa, Avianca and Latin America Wings) are offering round-trip airfare from Port-au-Prince to Santiago for as little as US$300, and as much as US$2,500, with US$900 being a typical fare. There are six connecting flights per day arriving in Santiago from Port-au-Prince—all bringing Haitians. At night, private charter flights on Boeing 767s are arriving full of Haitian immigrants, decried by some as an "invasion." The only group besting the Haitians are the busloads of Venezuelans fleeing Maduro-wrought misery and coming to Chile to find a better life. Some of them are religious (Roman Catholic or Evangelical—I have met nine Baptist ones) and have strong family values that should help them fit well into Chilean society.

I had an opportunity to speak with a few Haitians at a Baptist church today about how they managed to cover the expense of getting to Chile when their salaries in Haiti are so low. Two of them spoke Spanish pretty well and another one broken English. They all have wives and children back home, but no work. The Spanish-speaking ones stated that their extended families pitched in to create a fund of US$1,500 for each of them, in order to pay for their flight down and survival expenses for several months in Chile.

A Haitian friend who was already in Chile had given them the "high-sign," indicating that it was a good time to come to find work and so they did. The idea was to work in Chile and send the US$80 per month that their wives and children need to survive, saving the rest so that airfare could be purchased to bring the rest of the family to Chile, and perhaps even the extended family. They received no subsidy from anyone to come. Instead, like most immigrants have faced historically, they chose to bear hardships in pursuit of a better life.

Chile currently leads the group of thirty-five OECD countries, along with Denmark and Germany, for numbers of immigrants received. Like many immigrants to Europe, many Haitians have suffered violence at the hands of unhappy Chileans, but such is the exception to the rule. The lion's share of them do not speak Spanish either, foisting yet another huge burden upon them. Sure, Haitians in Chile have a lot to adapt to and often live in poor conditions, even if better than what they had in Haiti. The Haitian camps in Antofagasta are said to be atrocious.

Nevertheless, mutual assistance groups for Haitians have already spontaneously emerged in Chile, such as the Socio-Cultural Organization for Haitians Living in Chile, which will help smooth the transition. This article discusses these important points. At least three hundred new Haitian immigrants are arriving every day, although I am not sure how tht number jibes with government statistics that indicate the arrival of 144,589 Haitians during 2016-2017. Most of them become blue-collar workers, earning the monthly minimum wage of about US$435 (maybe six times what they might earn in Haiti), and live in poor housing without full access to public health services. As with most immigrants in history, life is quite difficult. 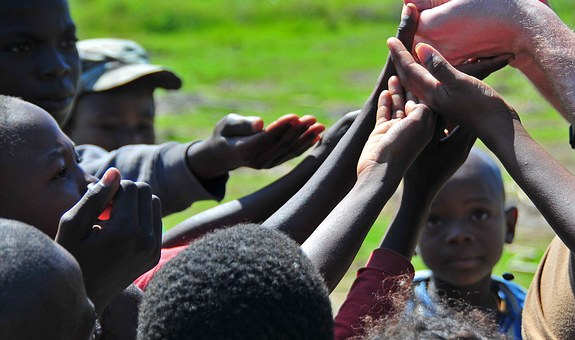 Some writers claim that the rich elite in Haiti manipulate the masses and the immigration/repatriation process so that they can loot the foreign or humanitarian aid coming from the E.U. and other areas of the world—keeping for themselves that which was once intended for the now permanently-emigrated poor person. They claim, too, that the elite make it hard to repatriate Haitians when they are denied entry into Central American and other countries, kicking the can down the road to the next country. They ask, "Why should Brazil (especially), Chile, Argentina or Panama be responsible for the societal failings of Haiti?" The answer is fairly simple. Chile does not receive Haitian immigrants to assuage its guilt for mistreatment of blacks or because it wants to help out Haitian or U.N. bureaucrats caught in a bind, but rather because immigrants add value to Chile's workforce, economy and productivity. Chile needs immigrants, and Chileans by and large are not racists (at least not against blacks). As I have argued recently, so long as there is a market-regulated border (beyond the manipulative control of the Chilean state with a U.N. or similar agenda), market forces will be able to effectively allocate labor resources throughout the country to their highest valued use.

As with so many things, the Haitian problem in Chile has to do with government failure, and privatizing the border would go a long way to solving it. In other words, especially in countries like Chile that where natural replacement of human beings is significantly under 2.1 children per couple (1.8), immigration is not a problem but rather a boon. The gripes of many Chileans are misdirected at immigrants instead of failed public policy that has generated undesirable outcomes. Very interesting post, which illuminates the Haitian problem in Chile!!!
Many congratulations on your attempt to highlight the migratory conditions in this area!!!

You're welcome. I feel like I have a better handle on the issue now than I did before.

So many misconceptions about immigrants! It is as sad as it is amazing.

Thank you. Do you know any Haitian immigrants?

I appreciate you saying so!

Thank you for the kind remarks. I hope these people will find success in their new country.

And I also hope that 5 years from now they do not vote for the Left. Their country has already been debilitated by leftism and elitism. Chile needs to be freer and more libertarian.

And people ask me why i eat offf the ground and dont waist water type of shit i do
.....conducting oddity

I am afraid I do not understand...

it's nice to be on his kawa

What is a kawa?

It's good to hear that Chile is accepting of immigrants.

There is a growing resistence to them here, largely based on ignorance.