People are quick to look to the government to solve social problems.

Many folks implicitly assume that the market, or “the world around us,” has failed to provide the quality of life they want, and that public policy is suitable for correcting such problems. Hence, government is called upon to take remedial action. But, interestingly, the same people who seek to solve social problems through public policies often do not take into account the full direct and indirect costs of such policies, and still coddle the naïve presumption that government is able to fix—or at least significantly alleviate—social maladies.

Both of these commonly held shortcomings must be discarded. It is not always worth spending public money to fix a social problem. For instance, we could easily reduce the number of automobile-related deaths to zero, and eliminate all air pollution caused by automobiles, simply by prohibiting owning or driving cars and trucks. Over 40,000 deaths would be prevented annually in the USA alone, and air quality in urban areas would be improved dramatically by banning vehicle use.

Aren’t these attractive benefits? If so, why don’t we enact motor vehicle prohibition in the public interest of saving lives and cleaning the air? Just think of how those lives could be better utilized! Indeed, the United States could subdue ten different Syrias, Irans, Afghanistans or North Koreas for fewer lives than are taken in just a single year of driving on American highways. There have been more than three million cumulative recorded traffic fatalities in the USA since 1899. America could probably conquer Russia with fewer casualties. Plus, urban dwellers would be healthier, causing fewer days of absence from work and less demand on our medical infrastructure, by the dramatic reduction in bronchitis and other smog-related illnesses resulting from motor vehicle prohibition.

Why not issue the decree? The answer is facile: the benefits of having automobile transportation exceed the costs of not having it. Accordingly, Americans, Chileans, Europeans (and everyone else) stand to learn a lot from simple economics.

And here’s another economics lesson. Even if the market (or nature) fails to provide humans with what they want in the most socially-pleasing manner does not necessarily mean that a better means of provision exists. Whether through corruption, perverse incentives or inefficiency, government is notorious for failing to provide any good or service well. Its best shot has been national defense, and perhaps criminal justice, but even these programs have been criticized as being corrupt or inefficient by some libertarians.

Economists have identified two theoretical problems that arise in any public policy. First, there is a “knowledge problem” (F.A. Hayek). Government actors do not have enough information to regulate effectively and often miss precarious situations that eventually escalate into social tragedies or losses. Second, there is a “public choice problem.” Government actors are human beings who will always tend to subordinate the public interest in favor of their own reelection, promotion or other self-interested motive. Neither the ballot box nor being a political appointee changes the self-interest motive that Adam Smith (the founder of modern economics) outlined in his 1776 treatise The Wealth of Nations. 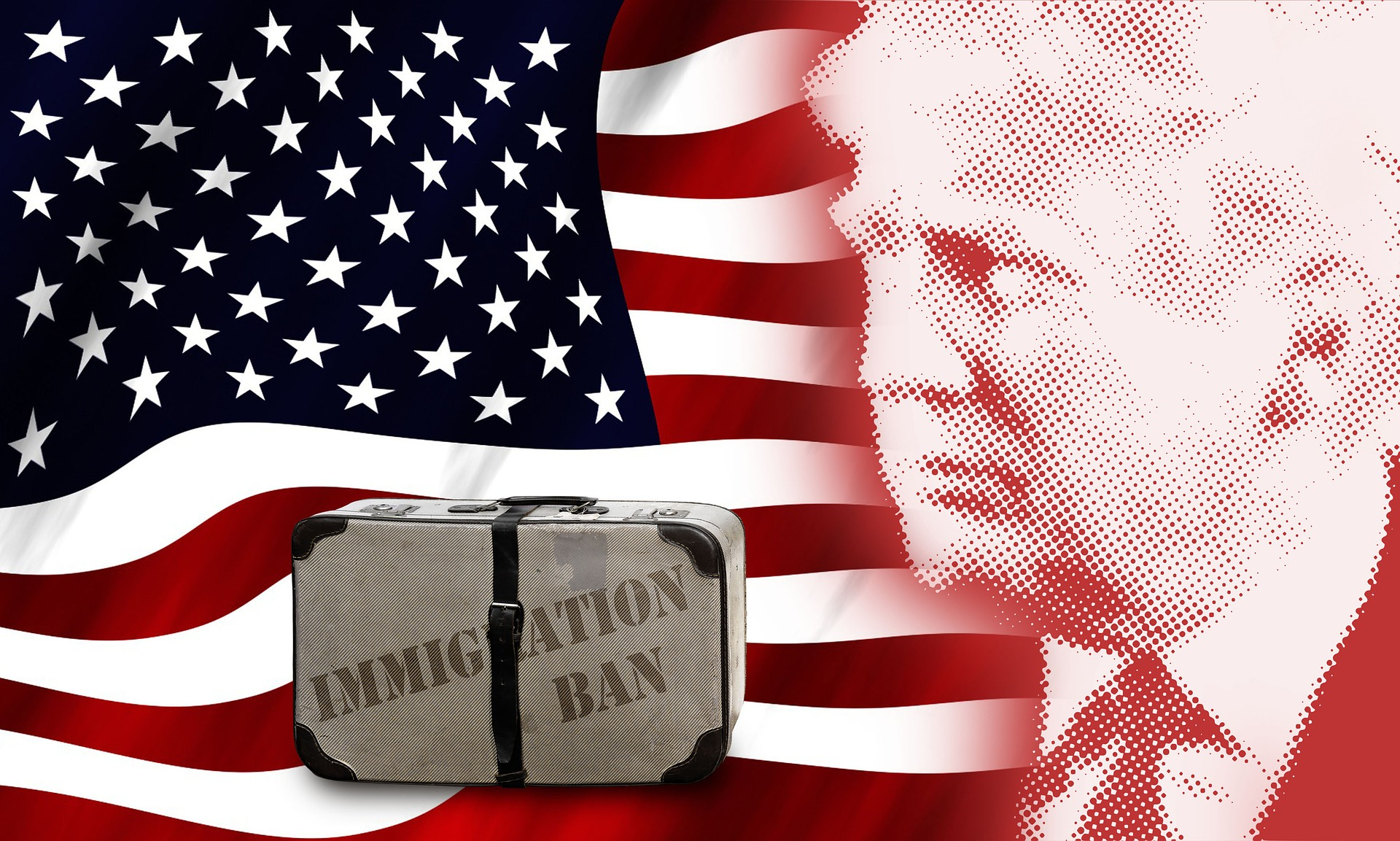 Attempts to solve any social problem can be brought under the scrutiny of these economic principles. For instance, concerns over illegal immigration may raise the ire of cultural conservatives and business interests who are adversely affected by cheap labor—not to mention those who worry about "terrorists" and Sharia Law adherents crossing the border or who wonder how long taxpayer-supported welfare state institutions can last in light of the burden that illegal immigrants place on them. Not surprisingly, for the last two decades there have been loud calls for government action to stop illegal immigration. But will the ensuing public policies to close the border (either with fences, solar panel blockades, patrols by the National Guard, or policies ranging from President Bush’s guest worker passes to President Trump's strict vetting policies) be either effective or efficient?

Criminalizing illegal immigration, which is a consensual act (mainly between low-skilled foreign workers and employers in wealthier countries), will be about as ineffective as legislation outlawing cocaine use and prostitution. Since the government’s failure to guard the border has caused the immigration problem, why does anyone believe that the same government can be relied upon to solve the problem?

Instead of government “solutions” to the immigration problem, we need to find market-based solutions that will be far more effective. One obvious cure to nearly all the economic trouble that illegal immigrants pose is to eliminate “free” public education, food stamps, subsidized housing, minimum wages, free medical care, and all other welfare state benefits found in the "First World."

Then illegal immigrants would have far fewer “goodies” to grab on the other side of the border. Nonetheless, since that cure is not likely to be applied any time soon, regulations could be lifted that currently stifle the market for immigrant labor. For example, the once-popular practice of indentured servitude could be encouraged again. Immigrants could
work for no pay (other than food and shelter) for a set time in exchange for safe passage to America/Chile/Germany/xyz country. In addition, steps could be taken to privatize the border. Instead of spending hundreds of billions of dollars on fences or Homeland Security equipment and salaries, government could give businessmen an opportunity to make money by paying them to only let across the highest quality immigrants. A few billion dollars could be awarded to private border firms who compete for renewable, performance-based border protection contracts. A firm’s take would be dramatically reduced (via penalties) according to the number of low-quality immigrants found to have escaped apprehension under their scrutiny (according to zone). They would vet prospective immigrants far better than Trump's bureaucratic methods ever will.

In order to improve immigrant quality, the firms could establish and charge entrance fees of varying amounts, depending on the immigrant’s skill set and how highly his services will be demanded by American farmer or businessmen. In a sense, the border firms would act as temporary employment agencies that specialize in producing illegal alien labor. They could also serve as a vigilante force to protect private property along the border by hunting down evaders.

Each immigrant could be issued a worker grade card, whereby the quality of his language and job skills would be ranked (much like a student’s SAT/college entrance exam or TOEFL score). Health inspectors grade restaurant sanitation and building inspectors grade building quality in the same way. Each immigrant would be fingerprinted and photographed, and a DNA sample could be taken. (I know that the NSA would likely try to get it hands on this info, and that is terrible, but yet the overall solution might still be better than what we currently find in OECD countries.)

Businesses would benefit by improved information about the immigrant labor pool, and labor prices would remain low as each border protection firm competed with other firms. Immigrants would have an incentive to cross at those sections of the border where the grading would produce the best opportunity for acceptance on the other side. Once across, like union workers protecting their turf, graded immigrants would have little tolerance for non-graded ones that sneaked through without being graded. Private enterprise would thus lead the way by evaluating worker efficiency.

The potential for identifying unsavory characters and "terrorists" in America would be greatly improved by privatizing the border, since these thugs can now walk in freely through the Arizona desert, Tijuana or El Paso in the USA, Arica and Colchane in Chile or the southernmost Mediterranean coastlines of Europe, without arousing much suspicion. Greater data sophistication on each immigrant would allow government agencies to better control Mexican repatriation movements, terrorism, or other threats to national security. Moreover, the process of becoming a citizen could be facilitated and streamlined for those who desire to do so, and the government’s current failure to supervise the process (which caused the immigration problem to begin with) would be ameliorated. Trump's expensive wall, which will prove to be more than a future nuisance for those trying to leave the "land of the free," can be undermined and eliminated from public discourse. Angela Merkel, Sergio Mattarella and other European leaders will have less to worry about. Chilean leaders are already fairly comfortable, by the way, since there is no institutionalized welfare state to attract and sow Haitian, Peruvian and Bolivian poor into the promised lands. They all have to come and work at blue collar or menial jobs.

In order to offset penalties imposed by the government and perhaps to fund potential insurance needs, higher fees could be charged for females of child-bearing age or who are pregnant. This higher fee would give less incentive for females to cross the border, and likely give less incentive for immigrant males (who presumably enjoy female company) to stay for long periods. Of course, the added expense would create a new adoption market that would allow people that want to adopt Mexican, Peruvian, Bolivian, north African, etc. children to pay the pregnant woman's way across in exchange for her baby, fulfilled after she registers him as a citizen and thus improves her ability to get a stay permit. That would be a win-win situation for all sides. Thus, both immigrant-receivers and immigrant-senders would have an incentive to regulate border crossing. In the final analysis, we need to look to the market to alleviate immigration problems instead of using bungling, corruption-prone, and inefficient government policies.

Congratulations! This post has been upvoted from the communal account, minnowsupport, by naquoya from the Minnow Support Project. It's a witness project run by aggroed, ausbitbank, teamsteem, theprophet0, and someguy123. The goal is to help Steemit grow by supporting Minnows and creating a social network. Please find us in the Peace, Abundance, and Liberty Network (PALnet) Discord Channel. It's a completely public and open space to all members of the Steemit community who voluntarily choose to be there.

That is indeed a fantastic ideal. Should we then not try to take steps to alleviate statism wherever we can? Is it better to go through life with no legs instead of just one? Alleviating some suffering might well be a laudable goal.

I'm with you brother.

I saw it. I also listened to the Thomas Sowell video. Libertarians are not against the rule of law, but they are in favor of disobeying policies that violate fundamental rights or that undermine self-defense. Therefore, opinions wil vary with respect to sanctuary cities, even among libertarians. Privatizing the border is the best means to vet people and keep out criminals. I am not interested, however, in preventing the poor to come and work menial, farm or construction jobs. Thus, to the extent that sanctuary cities protect poor people, I do not care. However, I suspect that they also protect those that want to harm others, and then I do care. Eliminating sanctuary cities eliminates both good and bad. Best to start at the border and not have to worry about sanctuary cities.